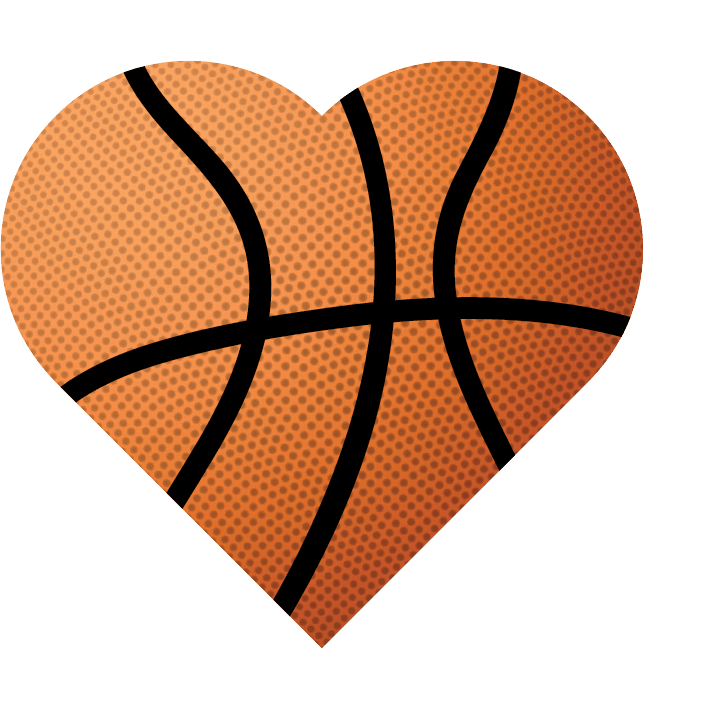 The game of basketball brings out massive crowds to parks, “NBA 2K” tournaments, stadiums, driveways, and basements. The game is bigger than just what happens on the court. And this past weekend, the biggest basketball celebration came to Chicago in the form of the NBA All-Star Weekend. Love for basketball was all around the air, and it’s easy to see why.

Basketball requires only a ball and a hoop to play, making it easier than baseball or football. It can be played both indoors and outdoors, making it a sport that is played year-round. There are 191 parks with basketball courts in the city of Chicago, according to the Chicago Park District.

Love for basketball is felt by many and it allows people to enjoy themselves on the court and also study the various aspects of the game. .

“The friendships you form are amazing,” said Liz Mantra, a junior and captain of the DePaul club team. “You build trust on the court during the game which ends up forming outside. Even in the short time we play – we only practice twice a week with tournaments three or four times during the time we play. That trust you build carries off the court to build really good friendships.”

Bear Donnelly, who played basketball in high school and now coaches sixth graders at St. Paul of the Cross in Park Ridge, Illinois, also spoke of his experiences being on a team.

“Off the court, since you’re in practice with these guys every day and you are putting in the work just like they are, when you get that time off to just kick back and do other things you like with your teammates, you really learn more about those people,” he said. “You grow together, you build lifelong relationships together and I still have relationships with guys who I played with that I still treasure.”

“As a player, I loved going to battle with the 11 other dudes on the court,” Donnelly said. “We are all trying to accomplish the same thing and there is a beauty in that. Everyone can contribute at their own level and in their own way. When you finally achieve that goal, whatever that goal is, even just winning a game, it is a moment of jubilation.”

The sense of teamwork and friendship is seen in the NBA as well. It has become even more apparent as social media has helped players grow their own brands and tell their stories.

With the NBA All-Star game in Chicago over the weekend, basketball fans came together in a celebration of love for the game.

“I love the competition,” Donnelly said. “As a kid, I was bouncing around a basketball from the time I started walking. I have always been really competitive, and basketball is my way to show that.”

Mantra discussed her love for competition as well while also highlighting other aspects of the game including the aggressive nature of the sport.

“I love the fast-paced environment,” she said. “At any point anything can happen.”

Others tend to favor a relationship with the NBA  rather than just the on court aspect.

“I love the personalities in basketball,” said DePaul junior Owen Cahill. “Everyone is chirping at each other on twitter, and I also love that since it’s five-on-five, [that] means that each individual player is more meaningful.

“I love watching the fights,” he said. “My favorite game ever is game four of the 2017 Thunder vs. Jazz series in Utah. It got really chippy. Joe Ingles was in Paul George’s head. Jae Crowder was standing up on Carmelo Anthony. They won in a closely contested game and Mitt Romney was waving goodbye to Russell Westbrook as he was leaving the court.”

The different strategies and forms of playing also are appealing to fans.

“I love the different schools of thought and methodologies,” Donnelly said. “I watch these hardwood classic games and it is much more ‘pound it into the post and take high percentage shots.’ Now the game has changed a ton, and in five to 10 years it will change again. You look at how Toronto won a championship last year. Everyone thought you had to rely on the three ball, but Kawhi Leonard was making 55 percent of his 18 footers and playing lockdown defense. He led them to a championship.”