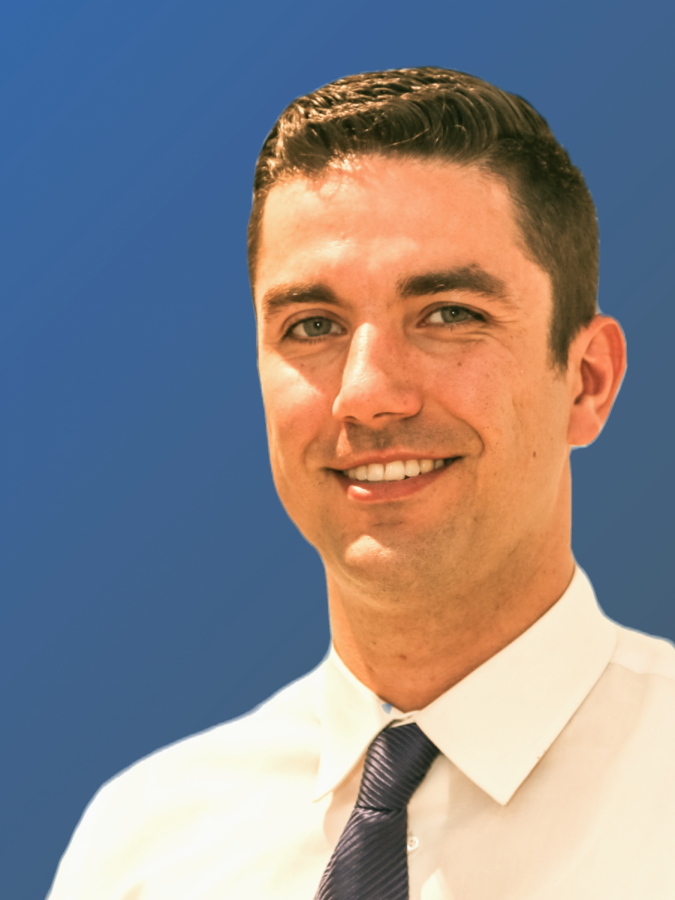 The fight to represent Chicago’s 5th district in Congress mimics other contests happening at the local and national level. It entails a young, liberal newcomer running against a more moderate incumbent, who hasn’t faced any real opposition in a while and comes equipped with the backing of the establishment to bolster them. Think, Alexandria Ocasio-Cortez vs. Joe Crowley.

Enter Brian Burns. Burns, who graduated with a degree in political science from DePaul in 2009, is challenging five-term incumbent Mike Quigley.

Mike Quigley represents Chicago’s 5th district, which encompasses northern neighborhoods, including parts of Lakeview, Lincoln Park, Uptown and Rogers Park. He was first elected in  2009, during a special election, when Rahm Emanuel left the position to be President Obama’s Chief of Staff. Quigley is widely seen as a staunch liberal. In 2017, GovTrack ranked him as the 44th most liberal representative in the House.

Burns, however, doesn’t think he goes far enough and has taken up the mantle to replace him.

“We can’t have ten more years of the same,” Burns said.

Born and raised in Lakeview, the 31-year-old has spent practically his whole life in the district, he’s even voted for Quigley in past elections. But he thinks time has come for a change. He said he always saw himself getting into politics, but didn’t expect it would happen so soon. However, he was inspired by the wave of political novice’s that ran, and won, House seats in the 2018 midterms.

After graduating with a degree in political science from DePaul, Burns began law school at The University of Memphis in Tennessee. In the aftermath of the police shooting of Mike Brown in 2014, Burns decided to take a bus to St. Louis, where the Black Lives Matter movement was gaining traction, and learned more about the activism building there.

Inspired by their efforts for better police accountability, Burns worked with City Council to draft similar reforms for the police force in Memphis. He helped do research for an ordinance that infused more civilian oversight and investigative authority into the adjudication process for alleged police misconduct. This accomplishment helped fuel his desire to be a legislator.

“It’s a good feeling, knowing that you pushed the envelope somewhere,” he said.

After law school, he worked as a law clerk at the Federal Election Commission and Ankura Consulting before moving back to Chicago where he’s been in-house counsel at Pangea Money Transfer since March of 2018.

Not completely satisfied working in finance, he saw his opportunity to continue morphing his worldview into law when he realized how disillusioned he was with Rep. Quigley’s performance.

“I really do feel a sense of urgency,” Burns said. “I looked around, and nobody was doing what I thought needed to be done. So I decided to do it myself.”

A Democrat has a 99.9% chance of winning in IL-5, according to FiveThirtyEight, and the way Burns sees it, this safe majority means the representative should give whoever represents it the leverage to push a more liberal agenda and let the swing districts focus on the middle ground.

“What he’ll [Quigley] say is we need to be practical. My thinking is we need somebody who’s pushing on the edges,” Burns said.

Rep. Quigley’s campaign did not respond to The DePaulia’s request for an interview.

Quigley was elected to the Cook County Board of Commissioners in 1998. During his tenure, he had a reputation as a reformer, but Burns thinks Chicago’s Democratic machine politics are part of Quigley.

“He’s been in there for 10 years and one of the most powerful positions. It’s still the same Democratic party,” Burns said.

Burns hasn’t had any contact with his opponent, other than a joint interview with the to vet who the newspaper would endorse. The paper ultimately backed Quigley. Burns says he wasn’t surprised at the decision.

Burns is a proponent of “Democracy 3.0” where constituents don’t just vote for representatives, but have a direct vote on federal policies as well.

“Government is the biggest, most powerful tool in humanity’s arsenal for organizing people and and protecting people’s freedoms,” Burns said. “We need to start thinking about how we restructure our tool to make sure that it’s doing that.”

In the meantime, Burns said as congressman, he’d ask for direct input from his constituents on legislation. Right now politicians focus too much on how to appease voters to get re-elected, he said, but not how they should actually govern.

“There’s a difference between taking polls if you’re just doing it to try to get a vote or if you’re actually trying to explain what’s happening and get genuine feedback,” he said.

Burns supports Sen. Bernie Sanders in the presidential primary and, like the senator, Burns believes in Medicare for all: “Healthcare is a human right. Every other major country has figured out a way to make sure that their citizens don’t go bankrupt because of their medical bills,” Burns said. “I know people who have skipped healthcare because they couldn’t afford it. It’s a national issue, but it’s also a hyper local issue.”

Burns’ website states “Everything we do from this point forward must be seen through the lens of the climate crisis.”

“We need an economy that works for everybody, so that means $15 an hour minimum wage attached to inflation so that people don’t have to work five jobs.” Burns said.

Burns cites DePaul political science professor, Richard Farkas, as helping shape his understanding of the world, and the United States place in the international system. If elected, he would advocate for a cap on military spending until the Green New Deal is passed.

Burns acknowledges that he is a white, straight male who grew up socioeconomically comfortable. He recognizes that his privilege has awarded him the levity to hold a full-time job and do something like run for Congress.

“There’s people who don’t have that option. Who have to work five, six jobs. Who for them running for office means they have to sleep in the street or crash at a friend’s house. I had an opportunity to take this risk,” he said.

In September, Burns faced criticism when a tweet of his from 2011 surfaced, in which he made degrading comments about lesbians. State Rep. Kelly Cassidy, an openly gay woman herself, called Burns out tweeting, “And this actual dyke is here to piss all over your chances of ever becoming a member of Congress. You know, to make an example of people who think Trump-y comments like this are okay.”

Burns has since apologized for the tweet, writing, “It was a thoughtless and poor attempt at humor — I’m sorry for tweeting it and I’m sorry for any pain or anger it caused.”

Burns is clearly the underdog in this race. Quigley has been re-elected four times, with huge margins. According to the Federal Election Commission, Quigley has raised $607,476, over 100 times more money than Burns, who has raised just $5,896.

“It’s not easy going up against the machine, but it is something worth doing and that’s very fulfilling.

Burns is largely running a grassroots operation of other political newcomers. His campaign manager is a friend from growing up and his mom, sister and friends have been pitching in their time to help canvass and get Brian’s name out there.

Burns is aware that he faces an uphill battle he faces. However, he believes once people, especially young people and students, hear his ideas, they’ll cast their votes for him. He’s been doorknocking in the district, and says he’s had a good reaction when he introduces himself and his platform.

“People are usually pretty excited about having an option,” he said. “The hard part is not convincing them that my ideas are better. The hard part is getting the message to them in the first place.”

“People need to be more aware of how important the primaries are. This is your chance to choose. Choose the policies that are going to be best for you and to choose somebody who’s going to be living with you in this future and figuring out this future that we want to build” Burns said. “I’m really excited about all the outsiders running and about people that the system is typically ignored or not allowed an entry to.”