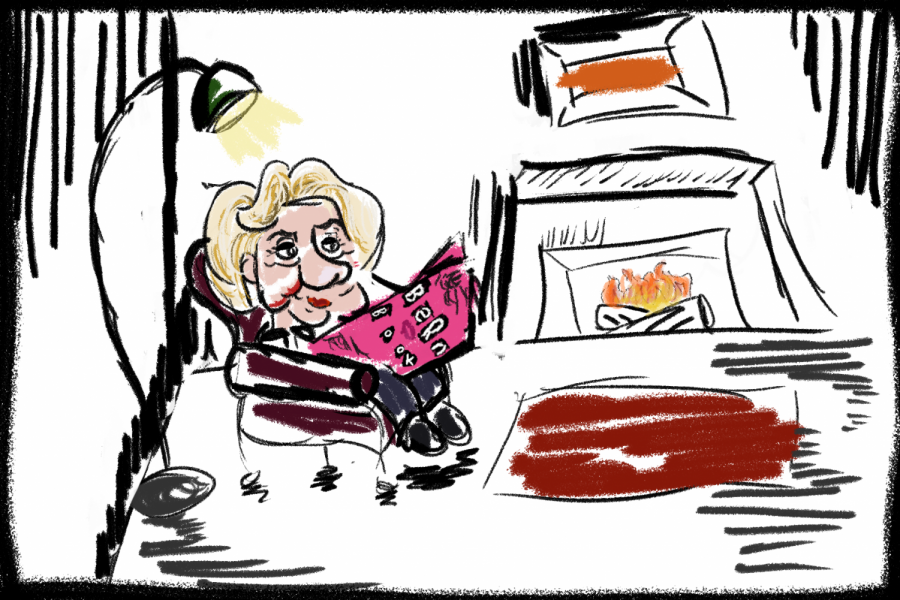 The Democratic Primary season is now in full swing. As candidates from multiple states go head-to-head to determine which among them will take home the Democratic Party’s presidential nomination, tensions between candidates have continued to rise. As such, it can be expected that these tensions would lead to candidates making pointed statements about their rivals to energize their supporters and highlight key issues in their opponent’s policies or demeanor.

The comments made in these debates are essentially used as marketing tools for the candidates to keep themselves relevant in the eyes of the people watching these debates. You probably won’t remember what the candidates were talking about in the Nevada Primaries, but you will most likely remember hearing Sen. Elizabeth Warren calling Michael Bloomberg “a billionaire who calls women fat broads and horse-faced lesbians.”

I would say these comments are perfectly valid because of the environment that they were said in. What doesn’t fly, at least to me, is when comments like these are said outside of debates because they can do way more harm than good outside of the controlled setting of a debate. This is why I have issues with some comments that Hillary Clinton made regarding Sen. Bernie Sanders a few weeks ago.

In an interview with the Hollywood Reporter about her self-titled documentary “Hillary,” which focuses on her campaign during the 2016 election, the former First Lady had some scathing words to say about the Senator from Vermont.

“Nobody likes him, nobody wants to work with him, he got nothing done. He was a career politician,” Clinton said. “It’s all just baloney and I feel so bad that people got sucked into it.”

While I wouldn’t normally have a problem with Clinton saying these things, I can’t deny that the timing of these comments couldn’t be any worse.

Clinton and Sanders had a very heated rivalry throughout the 2016 election cycle, which was evident in their debates in the primaries. They always clashed on their differing viewpoints regarding the key issues affecting the nation, but it always seemed fair because most of it was done on the campaign trail. Both of them really wanted that democratic nomination, and they would do or say anything to get it. When Clinton ultimately became the Democratic candidate for the party, Sanders graciously stepped down. Then Clinton went on to lose to eventual president Donald Trump.

I voted for Clinton in the 2016 election. It seemed like the right thing to do given the alternative, but I don’t condone what she is saying about Sanders at all. Riley Spanu, a communication student at DePaul, says she wishes Clinton would do more with her platform than point out Sanders’ flaws.

“She has so much to say, but hearing her bash Bernie over and over again is so disheartening,” Spanu said. “It just adds fuel to the fire as a reason for people not to like her. It made me kind of sad to see she hasn’t learned from her past.”

Disparaging comments made in a debate forum are one thing, but making them in an interview when you aren’t even running for office is completely different. We are at a point in the debate cycle where things can change in a second, and everything that is said about the candidates matters. Sanders is currently the frontrunner for the democratic nomination, but these kinds of comments made by Clinton can sway his supporters to maybe look elsewhere. DePaul alumna Alma Aguila has a similar view.

“Hillary’s wrong to say what she did,” Aguila said. “Bernie campaigned for her after he lost the nomination and she’s trying to break up the Democratic Party. Bernie’s widely supported and there were people who refused to vote democrat because he wasn’t on the ticket, so to say that no one likes him is wrong and inflammatory.”

The past four years under the Trump presidency have shown us just how divided we have become as a people. Battle lines are drawn in the sand over pretty much every issue under the sun, and we disagree much more than we agree on anything these days. The fact that a former candidate for the presidency has to disparage a current candidate rather than support him as he tries to make some meaningful change in the country is ridiculous. While I don’t necessarily agree with all of Sanders’ ideas on how the government should be run, I think he has a better chance than anyone else right now to make the change that the country so desperately needs. Clinton lost the last election and isn’t even involved with this one, so her comments about the current candidates is something neither the candidates nor us need right now.