Coronavirus is ‘moving too fast’: With its third confirmed case, Illinois struggles to keep up 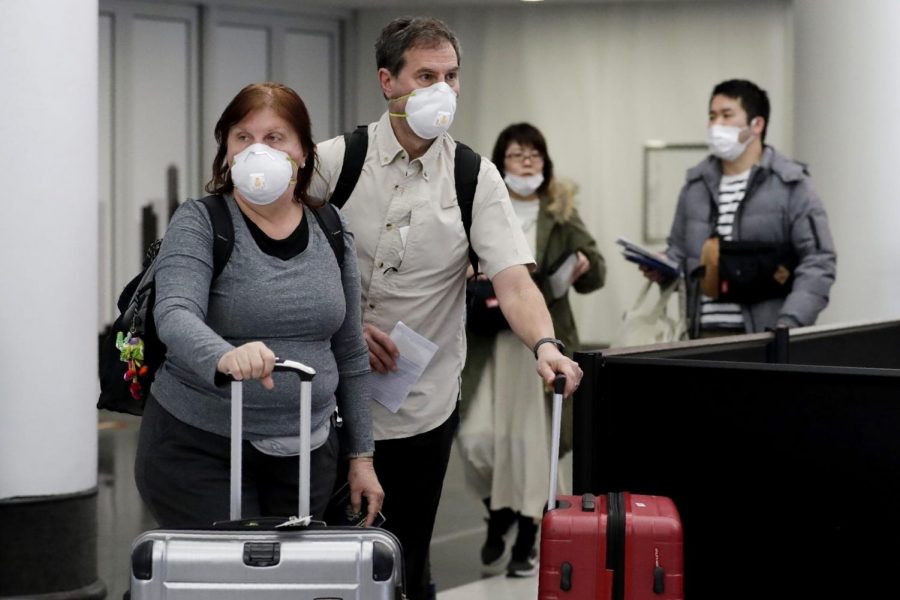 It was a tumultuous weekend in Chicago. On Friday, police shot a man traveling from train car to train car at the Grand Red Line stop. Sunday might have raised the overall mood of the city with the annual Polar Plunge, where thousands gather to take a dangerous leap into Lake Michigan to raise money and awareness of the Special Olympics. But even this national fundraising event couldn’t boost the morale of Chicago this weekend after Saturday’s disturbing news of the third confirmed case of the coronavirus (COVID-19) in Cook County.

The first case of coronavirus in Chicago came in January when a local woman traveled from Wuhan, China, where the virus originated, to the city. She eventually passed the virus to her husband, and they were both treated and released to home isolation. They were the first confirmed person-to-person transmission documented in the United States. The couple, who are both in their 60s, have both made a full recovery, but this news comes a little too late because of the third case in Cook Country, which was announced on the same day that the first person in the U.S. died from the virus. A Washington state man in his 50s suffered from chronic illness and died from the virus that has now affected 22 Americans across the country.

The coronavirus appears just as the yearly flu does, with a runny nose, cough, sore throat and a headache. Those with a weakened immune system, like the elderly and the very young, are more susceptible to the virus. It spreads when someone comes into contact with an infected person who secretes it, like through a cough or sneeze.

After an open meeting, the media present attempted to ask questions, but they were interrupted by the chief communications and market officer for Cook County Health Caryn Stancik.

“That’s all we’re going to be talking about right now. [The coronavirus] is just moving too fast,” she said.

The same meeting included Allison Arwady, commissioner of the Chicago Department of Public Health, who traveled to D.C. to get answers on how the federal government is expecting states to pay for the increased staffing and technology that is required to treat coronavirus.

“This is a financial burden,” she said.

“The City of Chicago continues to work closely with the U.S. Centers for Disease Control and Prevention and other federal, state and local partners to protect residents and visitors while working to contain the spread of novel coronavirus, COVID-19,” said Andrew Buchanan, director of public affairs at the Chicago Department of Public Health.

This statement came on Friday, one day before the third case was announced. According to the World Health Organization (WHO), the virus has infected at least 83,600 people, and 2,800 of them have died. This constitutes a global pandemic, according to the WHO.

President Donald Trump tasked Vice President Mike Pence to lead a taskforce that will respond to the outbreak. It was announced last Thursday that lawmakers are nearly finished with a bipartisan plan to issue significant emergency funding to address the fears caused by coronavirus. Illinois will particularly benefit, given the newly diagnosed patient.

“If you are healthy, you will probably go through a process and you’ll be fine,” Trump said at a press conference on Saturday.

Currently, there are no DePaul students studying abroad in China or Italy, where the most cases of the coronavirus have been reported. For winter quarter and winter-spring quarter, there are no study abroad trips planned to go to China or Italy. Other city schools have not been so lucky — Loyola University has brought home students studying abroad in Rome. There is no information yet on how the students will make up their lost credits or if a refund for the cancelled class will be offered.

For travelers, O’Hare International Airport is “implementing a screening process [to] proactively identify at-risk travelers and an additional system to actively monitor those travelers,” Buchanan said.

Health officials have been clear that people do not need to change their daily routines, but the public needs to “remain vigilant about keeping germs from spreading by covering coughs and sneezes, washing hands with warm soap and water and staying home when sick,” they said in a press release.