REVIEW: Latest remake of ‘The Invisible Man’ eerie in more ways than one 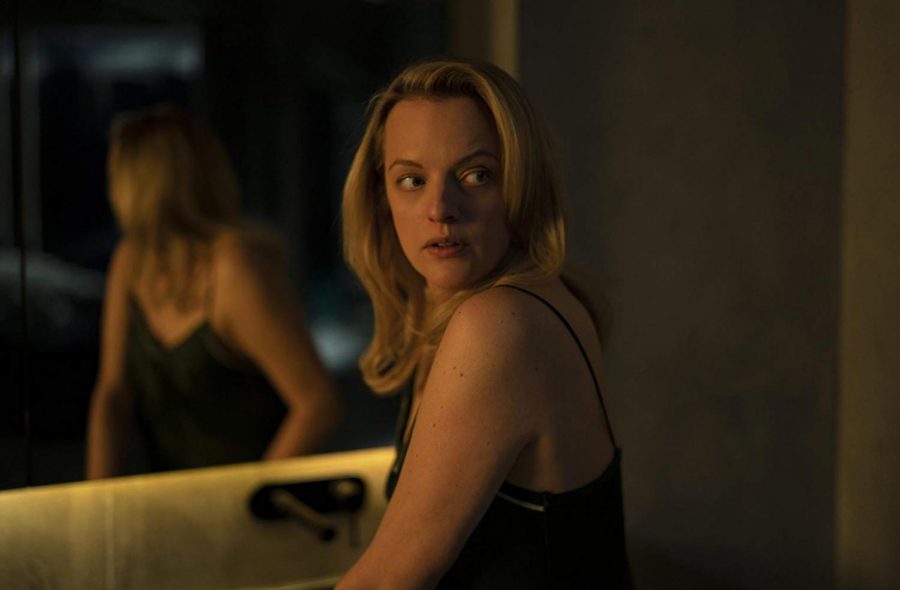 The latest version of “The Invisible Man” offers a new take on 1987 novel by H.G Wells, that was given its first adaptation in 1933 with the original movie directed by James Whale. Here, there is basically no emphasis on science, but on a woman who needs to escape her abusive partner. Little does she know that he can be even more  dangerous when he’s nowhere to be seen.

The power dynamic between the two are quickly shown with Cecilia (the incredible Elisabeth Moss) lying in bed in with Adrian (Oliver Jackson-Cohen) holding her tight. Her face takes over every screen, with distraught looks and emotions. Moss is truly able to tell a story with her face alone. Cecilia begins to slowly creep through the night in what is an obvious plan to escape. Director Leigh Whannell does well with introducing horror in this film with classic jump scares and the awful creaking and,of course, random loud bumps in the night.

Cecilia makes her way through a modern day version of a distorted mansion, overlooking the Pacific. It is a lair of sorts with glass walls and gray, sharp angles. It further shows the power dynamic of the two, the success of a rich man and the now prison-like environment for the woman. Cecilia slips through the night after plenty of mishaps including kicking a dog dish and setting off a car alarm, finally escaping Adrian – or so she thought.

After her escape, Cecilia gets help from her sister (Harriet Dyer), and finds shelter at a close friend’s house, James (Aldis Hodge), who lives with his daughter (Storm Reid). As she tries to adjust to a new life of freedom, she remains on high alert and in what seems like a constant gaze of nerves. She finds out that Adrian has commited suicide, leaving Cecilia $5 million, told to her by Adrian’s unpleasant brother (Muchael Dorman). She begins to let her guard down even though the suicide leaves more questions than answers.

Whannell was working with a small budget for this film and managed to excel. There are such good visuals and eerie shots that isolate Cecilia  that give you the chance to focus on her face, which is worth more than words. Whannell leaves the camera in one area and as Cecilia shifts offscreen, that isolated feeling creeps in more as small mishaps appear on screen. A kitchen fire, a falling knife that doesn’t actually hit the ground and finally, the mysteriously opened front door that leaves the audience with classic horror feels, questioning what  is going to happen next.

Moss brings new depths of emotion into this film. She anchors emotion into every crease on her face and tells the story without needing to have her speak. Her face played as a canvas in the entire movie and further expressed the fear of those in the audience. With little tears, in a movie where you’d expect otherwise, Moss loses her victim status as she ends the water works and brings out the anger.

Cecilia goes “crazy,” which everyone knows is a tiresome term for hurt women. When the reality of her ex-boyfriend comes to light, of course, nobody believes her and the crazy lady is soon locked in a mental hospital. Cecilia is shown again in isolation with shots of white space that she gazes into with knowledge of Adrian’s presence.

Whannell gave classic horror with a hint of barbarity through an unneeded knife scene  that built up scares as the scene went on and the music began to intensify. While the graphics of the invisible suit are somewhat tacky, for the budget given, it’s easy to let slide. Although Cecilia faces extreme violence along with the rest of the cast, the movie ends with a couple questions that should be answered. The threat of invisibility is left wide open.