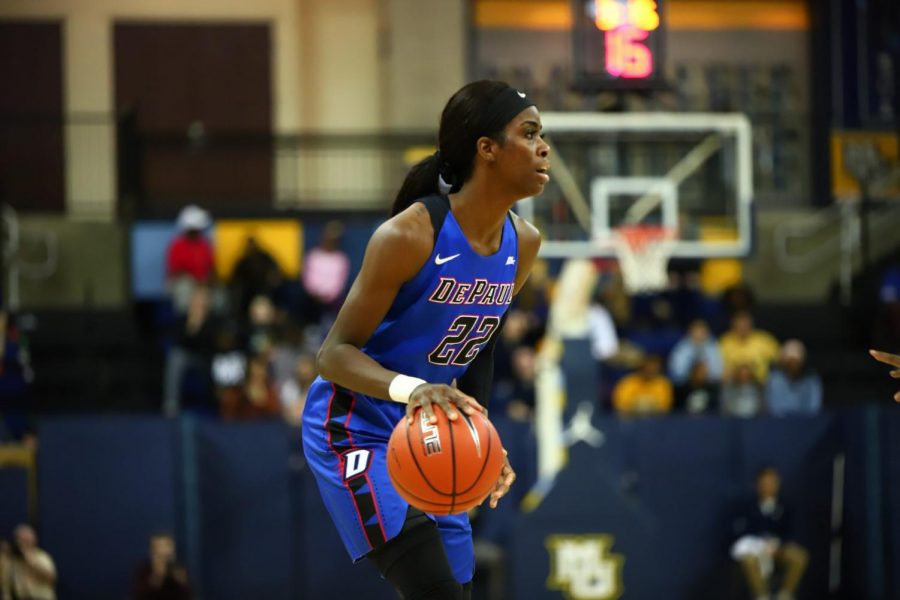 With the 2020 Women’s Big East Tournament just 48 hours away, the host and no. 1 seed DePaul Blue Demons took home a plethora of the yearly Big East awards on Wednesday, including a senior forward Chante Stonewall appearance on the All-Big East First Team

On top of receiving first-team honors, Stonewall was named Big East defensive player of the year. The Normal, Illinois native averaged 1.4 steals per game in conference play, but her biggest defensive impact came off the stat sheet, as the 6’1” forward was all over the court in DePaul’s defensive pressure that forced a conference-high 20.2 turnovers per game. Current video-coordinator and former player Jacqui Grant won the award at DePaul in the 2016-2017 season.

Stonewall was joined by fellow senior Kelly Campbell in the awards. Campbell took home the Big East Sportsmanship Award as well as a spot on the Second Team All-Big East. The Wall, New Jersey native led the entire country in assist/turnover ratio with a mark of 5.9 assists to every turnover. She also led the conference in three-point percentage with 44.7 percent per game. Off the court, Campbell is a 3-time All-Academic conference team member.

Two younger Blue Demons also heard their name today, as sophomore guard Sonya Morris was named the Big East Most Improved Player. She almost quadrupled her point average from last season, going from 4.9 to 16.2 on the season. Rebounding averages jumped from 1.6 to 5.1 per game, and the St. Louis native scored 20 points in 10 games, including a 30 point explosion against Villanova on Jan. 24. She joined Campbell on the conference second-team.

Fellow sophomore Lexi Held was named an honorable mention for the all-conference team selections alongside Temi Carda of Creighton and A’riana Gray of Xavier.

Player of the year went to Carda’s teammate Jaylyn Agnew who scored a conference-high 21.7 points a game while breaking a program record from 1982 with 43 points in the season-finale against Georgetown. Agnew was joined by Stonewall, Kristin Spolyar of Butler, and Villanova duo Maddy Siegrist and Mary Gedaka on the first-team.

Siegrist also took home freshman of the year after winning ten Big East Freshman of the Week awards, one shy of former UConn guard and WNBA player Maya Moore’s record of 11. She is currently behind Agnew for conference points-per-game with a 19.2 average heading into the tournament.

Sixth-Woman of the year went to Leilani Correa of St. John’s averaged 12.2 points per game coming off the bench this season. The freshman broke the 30-point mark on three different occasions.

The coveted Coach of the Year award went to Marquette head coach Megan Duffy in her first year at the top of the program. Duffy’s Golden Eagles were expected to be ninth in the conference by the Big East coaches prior to the season, but they roared to a 9-2 start before conference play before clinching the no. 2 seed in the Big East tournament and a sure March Madness-bid.

Here is how the full awards looked:

BIG EAST Player of the Year

BIG EAST Freshman of the Year

BIG EAST Coach of the Year