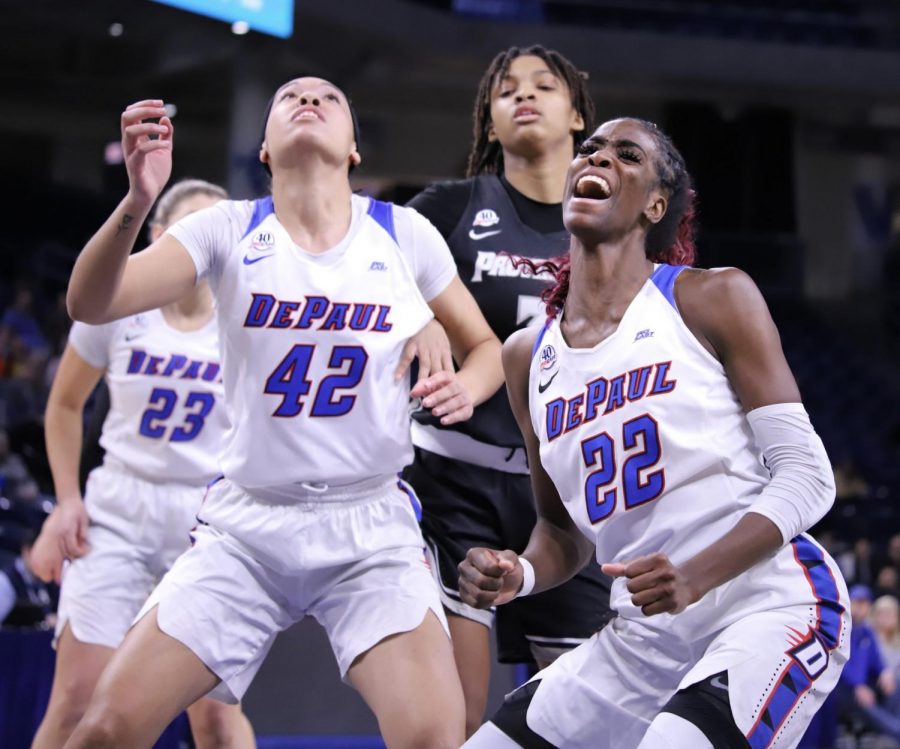 Chante Stonewall celebrates after scoring a basket in the first half against Providence. The senior had 16 points on 8-of-11 shooting.

The D-Men discuss the end of the season for both the men’s and women’s basketball teams, including the men’s deflating loss at Providence and the Big East women’s tournament. The crew is also joined by former sports editor Andrew Hattersley, who caught up on the pod.