`We can do it,’ say young believers fueling Bernie Sanders’ campaign 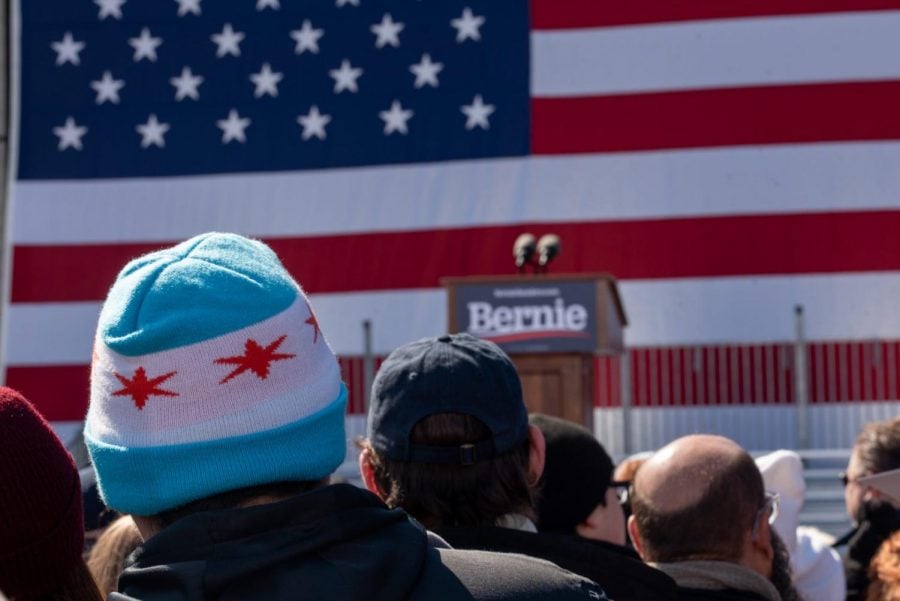 ANN ARBOR, Mich. (AP) — They’ve watched their parents and friends struggle to pay medical bills. They’ve spent time in Spain, Australia and other countries where people don’t have the same worry. They live at home instead of the college dorm to try to cut down on what they’ll owe in loans. They question whether to have kids in an environment where the effects of climate change are getting worse by the day.

The young Bernie Sanders supporters who gathered for a Super Tuesday watch party in Michigan came with reasons both personal and ideological for wanting him to be president. But they were all asking the same question: Why can’t things be different?

“Young people are aspirational,” said Jaclyn Schess, 24, a health economics researcher at the University of Michigan. She sat on a folding chair inside the Sanders campaign’s Ann Arbor office watching returns projected on a screen from the online news network The Young Turks. “We can look at what’s happening now without being weighed down by the failures of the past and say ‘Our country deserves better. … We can do it.’”

As Sanders tries to top former Vice President Joe Biden for the Democratic presidential nomination, the Vermont senator and self-described democratic socialist’s most enduring support has come from voters under age 30 like Schess. They are moved by Sanders’ vision for the country — of a place where everyone has health care, college is free and rich people and corporations don’t have more political influence than teachers and students — and his consistency on the issues.

They don’t believe his ideas are unrealistic or unaffordable. To them, the main argument that President Donald Trump and others have used against Sanders — that he’s a “socialist” who wants to give everything away for free — isn’t at all scary and may be a point in Sanders’ favor.

Those young voters remain the backbone of Sanders’ effort, though they weren’t enough for him to stop Biden from leapfrogging him in the delegate count on Super Tuesday. Sanders won four states out of 14, including California, with support from 57% of voters under 30, according to AP VoteCast surveys of voters across eight of the states that voted.

But those young voters made up just 15% of the vote, putting pressure on Sanders to increase that vote share or broaden his appeal — or both — as the race moves on to Michigan, Washington, Missouri, Mississippi on Tuesday and elsewhere after that.

The biggest delegate haul this week will be Michigan. Sanders defeated Hillary Clinton there in 2016, thanks in part to strong support in counties that are home to colleges such as the University of Michigan and Michigan State University.

A big part of Sanders’ success is that he’s empowered younger voters and made them feel they are part of a movement in a way few politicians have done since Barack Obama in 2008, said John Della Volpe,director of polling at the Harvard Kennedy School Institute of Politics.

Their potential political power is notable. Generation Z — those between 18 and 23 — make up 1 in 10 eligible voters,and is the only generation that has grown by percentage of eligible voting population since 2016, according to the Pew Research Center.

AP VoteCast shows these young voters more likely than those older to be liberal ideologically. Sixty percent of voters under 30 across eight Super Tuesday states surveyed described themselves as liberal and 39% said they are “very liberal.” But they have historically turned out to vote at much lower rates than older voters, a trend that has continued this primary season.

“If they all voted at close to the proportion of older voters it’s a completely different country,” Della Volpe said.

Sanders said at a post-Super Tuesday news conference that his campaign hasn’t been as successful as he’d hoped at getting young people out to vote. In a sign he’s ramping up those efforts in Michigan, he canceled events in Mississippi to spend more time in Michigan, including a Sunday night rally in Ann Arbor, hosted by the university’s chapter of Students for Bernie. Sanders drew almost 6,000 people to a rally on the campus in 2016, days before his surprise win in the state over Clinton.

“The vision he’s talking about is of the world that we want,” said Emily Moos, 22, who works as an environmental organizer registering young people to vote in Ann Arbor.

Moos was among those at the Super Tuesday gathering who believe the influence of money, particularly from fossil fuel companies and other corporations, has corrupted U.S. politics, affecting everything from the climate crisis to health care and the minimum wage.

Sanders has raised over $120 million this election cycle, including more than $25 million in January, from over 1.5 million people while refusing money from corporations and political action committees. That’s a big reason Sanders’ supporters are choosing him over rivals such as Biden, who they say is influenced by PACs and large-dollar donors.

“How can we trust anybody if they have to kind of kneel to these corporate entities?” said Matthew Rodriguez, 29, who is studying in the University of Michigan’s school of social work. “We can trust Bernie. When he says he’ll fight for these things, we know he’ll fight for it no matter what.”

That extends to health care and Sanders’ push for “Medicare for All,” which his rivals have described as a pipe dream.

Jonah Hahn, 25, said he saw firsthand how it could work when he was living in Spain for a fellowship. That country’s national health care system provides universal coverage and access to free health care for Spanish nationals. In the private insurance market, Hahn paid $60 per month for everything, with no copays. Back in the U.S. he pays a $50 copay to see a specialist, after a $300 monthly premium.

“Nothing convinces you about the importance of universal health care like living in a country that has it,” said Hahn, who considers himself a democratic socialist. “It’s not like I needed to be radicalized, but when you actually see it, you say ‘OK, Spain has certain political issues, but no one is debating whether their health care system works or not.’”

What if Sanders isn’t the nominee? University of Michigan student Keegan Cupp, 18, said he’s “Bernie or bust,” and will stay home. But he was the only one of about a dozen people interviewed who said so.

“I dislike Trump to the highest degree and I will hold my nose and vote for Biden if I have to,” Rodriguez said.

Emily Arking, 18, said if Sanders isn’t the nominee it “will be a big bummer” because it will be her first election voting. But it won’t stop her.

“I was talking to my dad earlier and he told me that there were plenty of times he’s walked into the voting booth and just let out a huge sigh because he didn’t like who he was voting for,” she said. “But he did it nonetheless.”

Schess said she was disappointed to hear there was anyone in the room who planned to stay home.

“You’re contributing to Trump winning if you don’t vote,” she said. “There’s too much at stake.”