Misogyny consistently blocks women from ascending to the presidency. 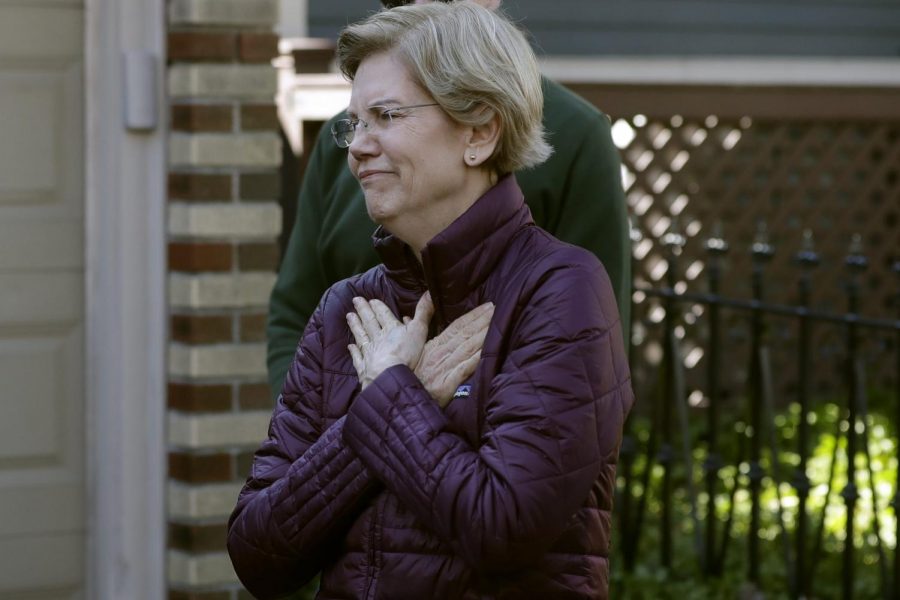 Perhaps one of the best moments of the Democratic primary was when Sen. Elizabeth Warren, D-Mass., verbally dressed down fellow candidate Mike Bloomberg on two separate debate stages for his history of sexist behavior and penchant for non-disclosure agreements.

“I’d like to talk about who we’re running against, a billionaire who calls women ‘fat broads’ and ‘horse-faced lesbians,’” she said at the ninth Democratic debate in Las Vegas. “And, no, I’m not talking about Donald Trump. I’m talking about Mayor Bloomberg…Look, I’ll support whoever the Democratic nominee is. But understand this: Democrats take a huge risk if we just substitute one arrogant billionaire for another.”

It was a breath of fresh air to see Bloomberg taken down on his questionable record by a woman, unafraid of running head-first into the conflict. Warren was sharp, concise and merciless, and it was cathartic  to see her taking down the candidate largely accused of attempting to buy the Democratic nomination.

Personally, it left me excited to see her take on President Donald Trump with the same whip-smart verbal lashings.

However, when Warren suspended her presidential campaign last week, I couldn’t say I was surprised.

Despite boasting a laundry list of skills needed to be a successful leader — confidence, intelligence, ambition and a vision for the future, among others — she was not deemed “electable.”

For any of the women paying attention to the election, it was a narrative we could have seen coming.

Warren was not a perfect candidate — there’s no such thing. I did not agree with her on all of her policies or the questionable ethos of her claimed Native American ancestry, but throughout her campaign, she proved herself to be a competent and seasoned politician and someone more than capable of beating  Trump come November.

Too bad she wasn’t a man.

While not the sole reason behind Warren’s failure to last through the primary, it is ignorant to pretend that gender has nothing to do with her campaign’s inability to reach the heights of opponents Joe Biden and Bernie Sanders.

Despite an influx of women in elected office, politics are still largely a man’s world. Women are too shrill. Too power-hungry. Too calculating. Never mind that these characteristics have very different names when applied to men: intense, ambitious and put-together.

“[Warren] is remarkably talented and remarkably qualified,” said Ben Epstein, a political science professor at DePaul.  “Just on paper, she’s a very, very dynamic personality and you know, someone who will be self-reliant and have done things to not just talk about policy, but also talk about the people and so and so on. You know, she’s a dynamic candidate. And I think that her numbers and the critiques of her are things that I don’t hear all the time of male candidates. You know, how likable she is. Is she only yelling, is she only angry? You know, these things are not talked, frankly,  about Bernie Sanders, whose volume is definitely high all the time.”

For women, to be likable is to be electable. And the margins for what makes a woman likable — easygoing, non-competitive, docile — are often antithetical to traits associated with strong leaders. And with men.

“I think [being a woman] has definitely hurt her and it really burns me when people just say things like, ‘They don’t like [Warren’s] voice,’” said Susan Hargus, a precinct captain for Elizabeth Warren in the Mt. Vernon South precinct in Iowa. “The fact that she has to have a plan for everything, she is thoroughly challenged on every single plan, I think it’s very unfair.”

We saw a similar scenario play out in 2016, where Democratic nominee Hillary Clinton was consistently criticized for her perceived lack of femininity and her unapologetic ambition, with the infamous “Nasty Woman” incident cementing itself as an iconic representation of the sexism she faced while campaigning.

The results of the 2016 election were emblematic of the nation’s feelings towards women in power, where a career politician with decades of experience and millions of dollars in funding lost to a reality television host. Perhaps the most qualified woman to run for president lost to someone grossly lacking in credentials; it was the most blatant representation of the achievement gap between men and women imaginable.

Except  it wasn’t the voting public who let Clinton fall through the cracks, but the political establishment itself.

Clinton won 48.18 percent of the popular vote in 2016, beating Trump for the support of the voting public. However, Trump won the electoral vote, placing him in the nation’s highest office.

“More people voted for Hillary Clinton in 2016 than had voted for any presidential nominee ever,” Epstein said. “I think to suggest that people aren’t willing to elect a woman is not true. I think it’s false because way more voted for a female candidate last time than a male candidate.”

The question of whether or not the voting public could accept a woman as president is ultimately an irrelevant one because they already did.

“I think the best way to show people [that a woman can be president] is to go out and support a woman for president,” said Alex Nelson, a Warren supporter attending Cornell College. “I think being a woman is a detriment but it’s also a really big asset and it gives us something else to fight for.”

This is not to say that Warren, Clinton or any other woman who has run for office should ascend to the presidency simply based on gender, or that I necessarily recognize either of them as infallible feminist icons. It is also worth mentioning that both women are white, college-educated, heterosexual, Christian and deeply entrenched in the political establishment. The barrier to achievement for women without these privileges is insurmountably higher.

However, the persisting attitudes and fears of a woman holding the nation’s highest office showcase that the road there is far more treacherous for women running than men, even for those with every societal benefit outside of gender working in their favor.

The 2020 presidential election is one of the most important elections in recent memory, with the nation’s Democrats feeling an insurmountable pressure to see Trump out of the office. While it is ultimately discouraging that the many women in this race could not make it to the finish line, it is important to continue to ask how we can shift cultural ideas towards marginalized groups in order to not block their chances to achieve.