OPINION: Stan culture is a new way to obsess 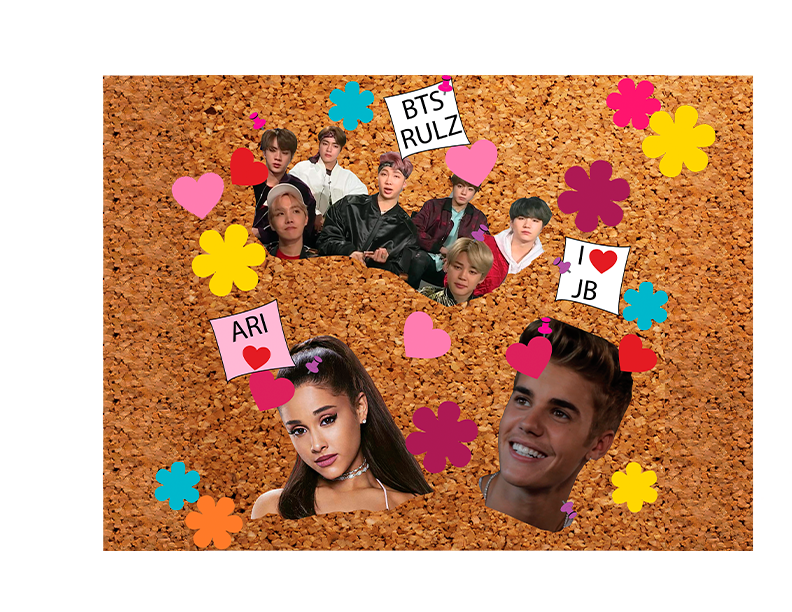 The dream to be close to your favorite artist or celebrity is a yearning that resides in the hearts of millions across the world as they struggle to somehow catch a glimpse, a moment or a photograph to remember the time they met the individual(s) who changed their lives for the better. While that challenge may seem near impossible, over the past several years, that dream has become a whole lot dangerously easier to achieve.

According to Merriam Webster’s dictionary, the term “stan” is defined as, “an extremely or excessively enthusiastic or devoted fan,” and according to The Odyssey Online, “stan culture” is defined as something “notorious for extreme actions generally committed by a minority within the fanbase, such as threatening others, treating certain celebrities as if they’re demigods, sports riots, and basically just doing anything for attention.”

While many may believe that stan culture is something that has become a global phenomenon in the past few years due to the advancement of technology, this concept has been embedded in the entertainment industry since the early 2000s. The intense level of dedication that a stan has for their “idol” is something that was depicted strongly in Eminem’s song “Stan,” which was released in 2000.

In the music video, Stan writes several letters to Eminem in hopes of making any sort of contact with him, but after Eminem did not reply, Stan came to his own realization that he was being ignored. As a result of extreme rage, Stan ties up his girlfriend, throws her in the trunk of his car before driving it off a bridge on a rainy night. Eventually, Eminem does respond to the letters and lets Stan know of his appreciation, but later comes to the knowledge of Stan’s obsession with him, and the death of himself and his girlfriend.

Similarly, stan culture has not changed much in the past few years when several stan communities became a large component of Instagram accounts. From creating aesthetically pleasing accounts, to 24/7 update accounts with multiple co-owners, accounts dedicated to unseen photographs of specific idols and an overall fun platform for fans to engage on freely and openly, there’s no doubt that stan culture has been the anchor to unite and introduce hundreds upon thousands of people with each other around the world in what results as everlasting friendship both online and in person.

“The positives [are] that people are super friendly and kind to one another,” said DePaul junior Anja Bencun. “Even though I don’t have a stan Instagram account, I’ll follow other ones and sometimes we’ll message about BTS. When I was at the BTS concert, I made sure to take photos of one of the members for this one stan account that loves [them].”

Bencun has been a part of the stan culture for approximately seven years now where she has stanned Justin Bieber, Shawn Mendes, and now, BTS.

While the support of stans within their respective communities seems incredible to many, there have also been instances where the love of these fans have accelerated into situations that have potentially placed the idols at risk of severe harm.

For example, in South Korean culture, a sasaeng fan is an obsessive fan that stalks, or engages in certain behavior that violates the privacy of either a Korean idol, or any other celebrity. In one instance, a sasaeng member leaked the address of Jackson Wang, a rapper for the Korean band Got7 back in September.

Wang, although in a K pop band is originally from Hong Kong who also supports the One China policy, which calls for the view that there is one state called “China” as opposed to the existence of two governments claiming to be “China.” Since the bill has been introduced, citizens have protested against it, and the release of Wang’s private address placed his parents at potential risk for angry protestors to show up at his home.

Similarly, on a more national scale we see that children and young adults often trespass on the properties of famous YouTubers, such as David Dobrik and Jake Paul. In one instance,  Dobrik took to his Instagram stories, pleading for fans to respect his privacy due to them showing up outside his front door and proceeding to record/take pictures of the inside of his home until he would consent to take a picture with them.

“Most negative interactions online then are annoying but harmless, where the person’s difference of opinion just [stands] out as random and irrelevant, rather than combative arguments or such,” said DePaul senior Ryan O’Connell. “It’s more like, ‘dude why would you even?’ [Then] anything actually toxic. Hopefully the X-Men’s mission of acceptance and intolerance has been digested by most stans, as I’ve found the community more welcoming of people with diverse identities and backgrounds as compared to other comic stan communities.”

Negative experiences, however, aren’t necessarily confined to the stans of a specific celebrity. Sometimes, the negativity has become so intense and toxic even, that celebrities have had to take a brief break from social media because of the hurtful words that were being exchanged. “In 2016 Fifth Harmony’s Normani Kordei quit Twitter briefly due to ongoing harassment and abuse… from Fifth Harmony stans,” wrote Mat Whitehead for the Huffington Post. The reason behind this was a video clip that showed Kordei swiftly listing positive attributes about her bandmates, but stumbled when saying something positive about Camilla.

Due to Normani’s comment, “Harmonizers” in turn began to send her hurtful tweets on Twitter which resulted in her to issue a lengthy and detailed explanation of her feelings and her experiences dealing with unjust hate and disrespect.

“Stan culture has impacted social media (and fandom spaces) in a number of ways, with the strongest—and in my mind, the most negative—impact being that people are discouraged from critiquing the objects of their fandom. Fandom has roots not only in love for The Thing but also in frustration with it, leading to things like Premiere League fans in the UK campaigning for affordable ticket prices or the creation of fan fiction, videos, songs, and art that re-imagines popular figures and works in really interesting and diverse ways,” said DePaul assistant professor Samantha Close. “But stan culture discourages that critique that has long been a part of fan culture, and it often comes down particularly harshly on fans of color who are critiquing racism.”

However, this type of behavior displayed by stans has actually been introduced by sociologists since the 1950s.

“Stans do the things they do because of a key idea called ‘parasocial interaction,’” said Daniel Faltesek, a new media communications professor at the University of Oregon.

According to the Oxford Reference, this term was first coined by Richard Wohl a sociologist who coined the term “parasocial interactions,” and Donald Horton, the co-author to his influential paper, in 1956 to refer to the psychological relationship exhibited by members of an audience with entertainment personalities. These relationships are one-sided and they are mediated. Such a relationship eventually leads to a degree of denial where stans will often feel as if certain things said or done by entertainment personalities have been done specifically in regards to them.

Despite there being several incidents of appalling negativity and violation of privacy displayed by these extreme and overzealous fans, there’s no denying that stan culture has become that threshold for users all over the world to connect with deeply and to share their love with one another, as well as the world, over the people who have greatly impacted their life.

Somewhere amidst all the headlines of “obsessive fans” resides a platform of thousands of people showcasing a different type of energetic love that is able to completely change the course of the media.