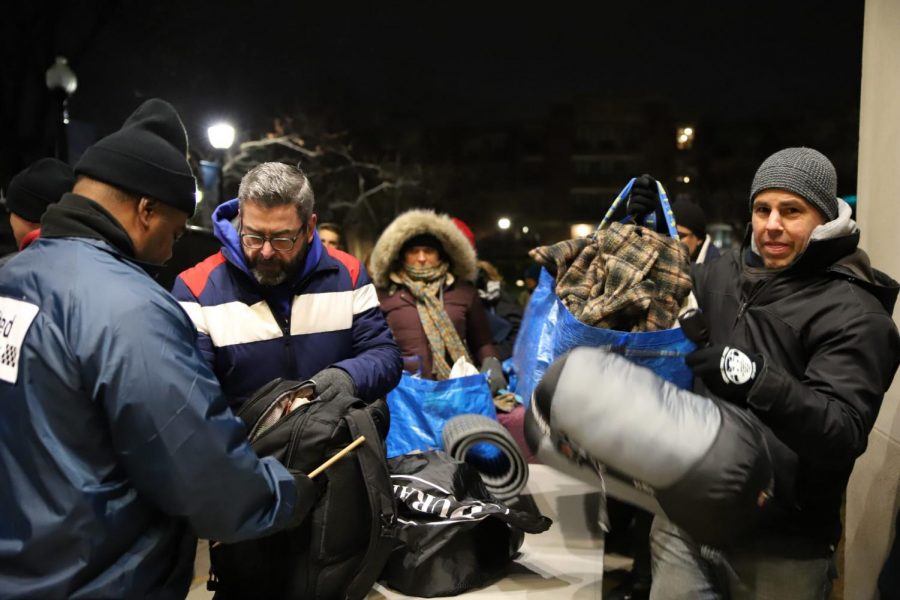 DePaul’s College of Law hosted “Invisible Neighbors: Fighting the Stigma of Homelessness in Chicago,” a panel that educates its attendees on homelessness around Chicago.

The panel began with a brief video that speaks about Vincent DePaul’s hospitality for the marginalized, especially the homeless. The panel proceeded to dive into the work of various advocacy groups.

One such group would be DePaul USA, which began in 2008 under DePaul International. Its programs are centered on homelessness as they have several day centers and shelters around the country.

“In Chicago, we specifically work with students,” states Emily Edwards, the director of the Chicago chapter of DePaul USA.

DePaul USA runs a program called the Dax Program. In order for students to qualify for the program, they must be a full-time student at DePaul and they must be facing homelessness.

“We do consider people that are couch-surfing to be homeless…that’s the majority of youth and young adults in the U.S that are experiencing homelessness,” explains Edwards.

Heather Hummons, head of access services and programming coordinator at the College of Law’s library, explained that such an event takes almost a year to plan. Within that year, the library evaluates the social justice topic they would want to cover.

“We always try to keep within the theme because we’ve come up with a theme for our programming called ‘The Criminalization of Our Neighbors,’” explains Hummons.

Events like “Invisible Neighbors” have happened four times before, the first one being more of an author talk, while the last three were more like panels. The event that the College of Law held last year dealt with sexual trafficking in the digital age.

During the event, a man named Robert Henderson spoke from his own personal experience of homelessness. He has been homeless for the past 50 years. According to the Chicago Coalition for the Homeless, Henderson’s “lowest point” would be when he was living under a bridge and city employees had seized his belongings, which included his medication, obituaries of dead loved ones and his Bible.

“Any event that brings awareness to the issues of homelessness and housing insecurity are important,” explains Edwards.

The importance of such an event as there are many stereotypes and stigma surrounding the topic. Edwards states that many people don’t typically think of college students when they think of homelessness. Any event or opportunity that can broaden the scope of the issue in the hope of creating change is nothing short of important.

The intention for events like “Invisible Neighbors” is to publish the information shared within the panel. The information will be published at the Journal of Social Justice’s website.