REVIEW: Ben Affleck shines in melodrama of ‘The Way Back’ 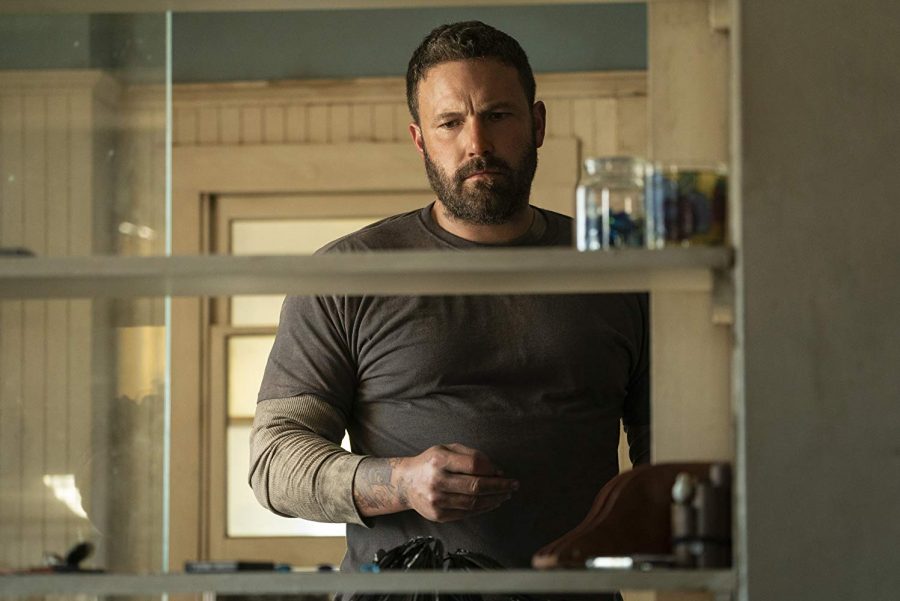 Jack Cunningham played by Ben Affleck in "The Way Back."

“The Way Back” is one of those occasions where life experiences seem to be overwhelmingly displayed in art. Art that comes from great suffering turned into a celebration of what life can be, and how the people we love are the village that raises us.

This is not a movie that I think should be taken lightly. It seems, at first glance, to be a film that looks over the top or maybe cheesy, a cliche story of a guy who has problems. Instead, the movie takes off as a deeply personal one for Affleck, where he moves through the film in a very potent way despite a screenplay that takes a different route than one might expect.

From the first scene, we can tell that Affleck is playing a specific character he has not played yet. His Jack Cunningham is quiet, reserved and isolated. The script teaches us something new and new about his background as we watch him move from his construction job to the bar, to his house, to the job and back to the bar while making sure to stay boozed-up in between.

You quickly realize that Jack has a lot of untold, unseen issues. Between shots of Affleck drinking beer in the shower, or pouring vodka into a travel mug to get through his day on the job, we see snippets of his personal life. Including a Thanksgiving trip to his sister’s house, where he freaks out after she tells him she’s worried for him after his divorce to start the set-up.

The plot reveals more and more details of Jack’s past issues that have plagued him and clearly sent him on his downward spiral. Where does he find his safe haven? On the basketball court. The court of his alma mater where he was “one of the best high school players” ever seen in California.

He takes the job as coach after being approached by a leader at St. Bishop, a stereotypical Catholic school. From there, the movie seems to be going in two different directions. One part of it is a “Glory Road” and “Remember the Titans” type sports story about a group of good-for-nothing youngins that get turned into state champions. Another movie about the coach who’s full of conflict.

Yet “The Way Back” becomes neither one of those, it becomes a connection of the two. It is about life, not basketball, and you never see a trophy raised. The movie is a realistic and grounded approach to documenting the literal way back for a person struggling to find care in life.

I could see how someone might be worried about an overdose of melodrama when it comes to this movie. Yet Affleck’s performance is nuanced enough to put these worries away. At times the only thing that felt heavy-handed was Rob Simonsen’s score when coupled with dark colors as Affleck drank himself into the abyss.

The movie never hyper-focuses on one part of Jack’s life. He goes through life, and the movie takes things day by day in a refreshing manner. We get glimpses of his relationship with his team’s point guard, Brandon, who he tries to mentor — we see how his relationship with his old basketball teammates and assorted town drunks pulls him down further. One of his dad’s old friends drives him home from the bar each night and makes sure he gets into his house.

We also get equal glimpses into his past, where an assorted, insane amount of horrible things have happened to him. Quickly, you realize Jack has been carrying so much on his shoulders, and different behaviors became understandable.

By the end of the movie, we are still learning more and more about Jack Cunningham. He’s just trying to find his way in the world, to find his path back to where he wants to be, and to where the people who love him know he can be. Basketball seems to help, but it isn’t the be-all-end-all solution that may have been the case in a different movie. Jack leads his 1-9 team to a playoff berth, the school’s first since Jack played twenty years prior.

The story seems to be based on both the experience of Affleck himself and his father. His father was an alcoholic who made life difficult for him while growing up in Cambridge, Massachusetts. His parents divorced when he was 12, and his dad was in rehab for over a decade starting when Affleck was 16.

Affleck relapsed himself in 2018, right before this movie was made, and things were looking like they would not move forward with the film. That’s before his ex-wife and actress Jennifer Garner pushed the studio to make the film still. With support from director and former collaborator Gavin O’Conner (The Accountant), Affleck called the shooting of this film as a “cathartic” experience.

Affleck becomes Jack Cunningham but confronts the demons of his own life in a performance that relishes in the melodrama while following a structure that doesn’t look for something big or cheesy, it chooses to resolve little parts of life. It’s a movie that needs just compassion and basic empathy to get into.