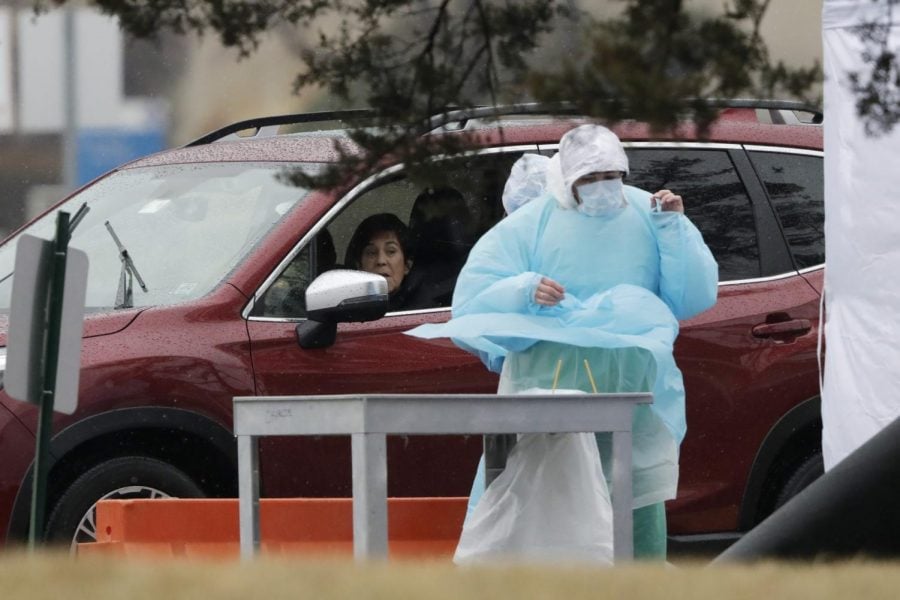 An additional 128 people have tested positive for the coronavirus in Illinois, including 20 more individuals living or working at a nursing home in a southwestern suburb of Chicago, state officials announced Wednesday.

The additional results bring the state’s total to 288 cases in 17 counties, according to the Illinois Department of Public Health. The patients have ranged in age from 9 to 91, and one person has died — a Chicago woman in her 60s.

Schools statewide shut down this week at the order of Illinois Gov. J.B. Pritzker. Restaurants and bars also have been ordered to stop serving dine-in customers and stick to carryout or delivery options.

Even with those efforts to prevent the spread of the coronavirus, “these numbers will get much worse in Illinois before they get better,” Pritzker said Wednesday at a daily update on the state’s response.

Pritzker said essential services will remain open in Illinois, including groceries and pharmacies. He has enlisted 60 members of the National Guard so far for various missions, including delivery of meals to children who received food through their schools.

They also could help hospitals prepare outdoor screening areas for people who want to be tested for the coronavirus, allowing separation from other patients headed to an emergency room, he said.

Illinois did move forward Tuesday with its primary election, forcing local election officials to scramble to find replacement polling sites and election judges when others backed out due to health concerns. Arizona and Florida voters also went to the polls Tuesday.

At the Chateau Nursing Center in Willowbrook, 42 people have tested positive for COVID-19 since Friday. State officials said 30 of those are residents and 12 are staff members.

No other details were immediately released.

Dr. Ngozi Ezike, director of the Illinois Department of Public Health, said staff at the nursing home and at similar facilities statewide are being screened before they start work to prevent further spread of the virus to vulnerable residents.

Facilities also must restrict visitors, Ezike said, acknowledging that can seem harsh to residents and their family members.

“These actions are not taken lightly and are not meant to be cruel,” she said. “Quite the contrary, we’re trying to take care of our residents. It will take every single person in our community to do their part to break this cycle.”

Ron Nunziato, the CEO of Extended Care LLC, a consulting company that works with the nursing center, represented the facility at a press conference Sunday held by county health officials. He said the facility began screening staff and residents, increased cleaning and restricted visitors before the first positive test for a resident was confirmed on Friday.

“We’ve been working very closely with the DuPage County Health Department and the Illinois Department of Public Health to promptly identify and monitor individuals who have had recent contact with our individual who has been diagnosed to prevent any further spread within our facility and the community at large,” he said.

Extended Care officials did not immediately respond Wednesday to a voicemail message at its office or a message submitted through the company’s website.

For most people, the coronavirus causes only mild or moderate symptoms, such as fever and cough. For some, especially older adults and people with existing health problems, it can cause more severe illness, including pneumonia.

The vast majority of people recover from the virus. According to the World Health Organization, people with mild illness recover in about two weeks, while those with more severe illness may take three to six weeks to recover.

After the first case of COVID-19 was reported in the village of Oak Park, officials announced the Chicago suburb will be locked down later this week.

Telephone calls to Oak Park spokesman David Powers to explain how the order will be enforced wasn’t immediately returned Wednesday.

The Oak Park order affecting the city’s more than 52,000 residents is the first of its kind issued in Illinois. It appears similar to one issued Tuesday for the approximately 7 million people in the San Francisco metropolitan area, which asks residents to stay inside for three weeks..

Operations at Chicago’s Midway International Airport remained limited on Wednesday, a day after federal authorities closed the control tower after technicians tested positive for the coronavirus.

The city’s second-largest airport was open but the Federal Aviation Administration said the air traffic control tower was still closed for cleaning.

According to the city’s Department of Aviation, 337 flights have been canceled during the past 24 hours at Midway out of 527 total planned flights. By early afternoon Wednesday, 26 flights were listed as delayed.

“We’re working with the FAA to resume normal operations as quickly and safely as possible which ultimately means having the tower back in service,” the Department of Aviation said in a statement. “Given this reality, and for their own business and network reasons, the airlines are making the decision to cancel many flights.”

Officials said travelers should check with their airline about flight schedules.