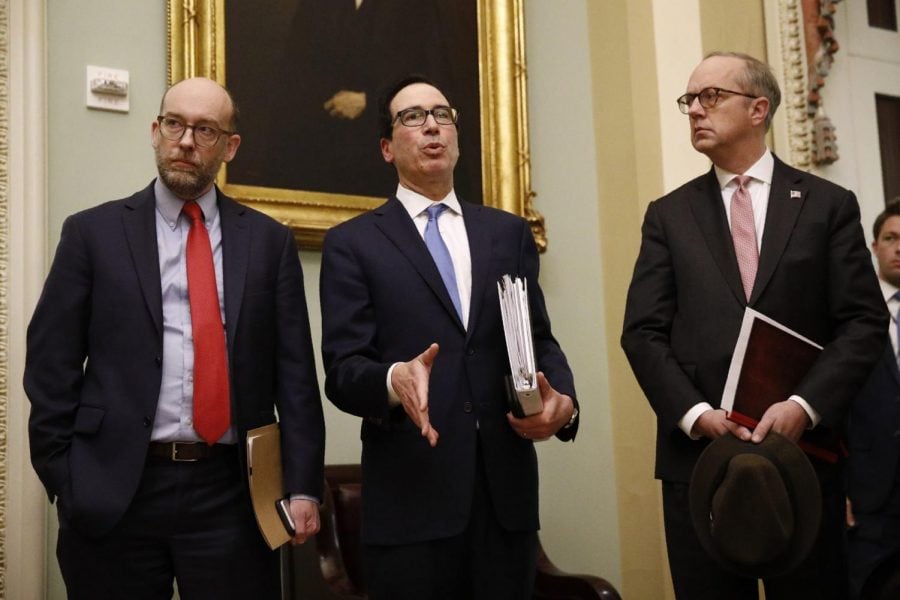 Treasury Secretary Steve Mnuchin, center, speaks with members of the media as he departs a meeting with Senate Republicans on an economic lifeline for Americans affected by the coronavirus outbreak. on Capitol Hill in Washington, Monday, March 16, 2020.

Mnuchin announced the decision in a tweet Friday saying that at President Donald Trump’s direction “we are moving Tax Day from April 15 to July 15. All taxpayers and businesses will have this additional time to file and make payments without interest or penalties.”

The administration had announced earlier in the week that it would delay the payments, a move that Mnuchin said would leave $300 billion in the economy at a critical time.