OPINION: How China’s oppression of Uyghurs is linked to economic convenience 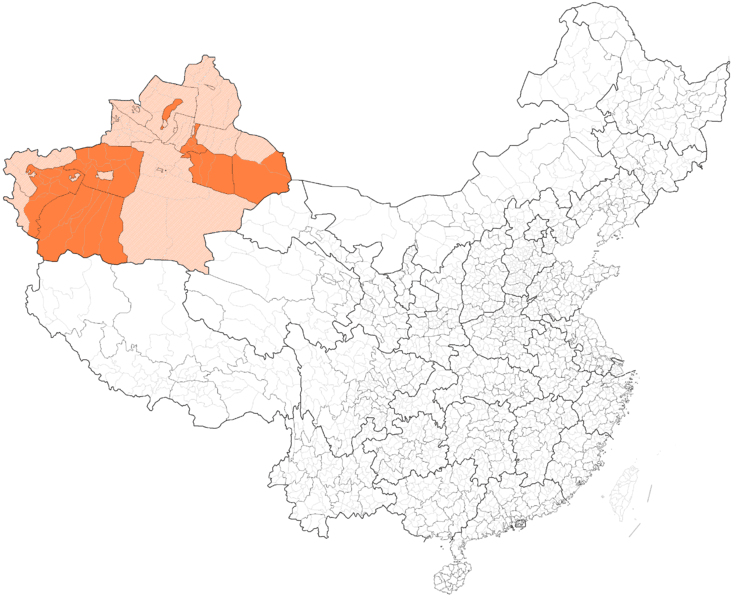 China’s northwest region of Xinjiang, also known as East Turkestan, home to 12 million Uyghur Muslims, is witnessing unprecedented violence in the form of ethnic cleansing. Detention camps and various hostile measures have been taken to secure Uyghur loyalty to the Communist Party and stimulate nationalist fervor.

Oppression is fermented through politicizing the Uyghurs as well as forcing them to renounce Islam, sinister efforts motivated by the desire to combat “extremism.” Victims of unspeakable terror, further dehumanization is warranted by forcing Uyghurs to consume alcohol, which is prohibited in Islam.

Uyghur Muslims make up less than 1 percent of China’s population, which is why oppressive policies are strategically deployed to force assimilation.

The database was housed by SenseNets, a company that is notorious for facial recognition technology being utilized by Chinese authority. Although SenseNets has made partnership with Microsoft known, they deny any involvement.

An article by Arjun Kharpal, a reporter for CNBC reads: “Microsoft is not involved in a partnership with SenseNets. We have been made aware SenseNets is using our logo on its website without our permission, and we have asked for it to be removed,” a spokesperson for the company told CNBC.

Over 20 countries have condemned China at the United Nations, advocating for the end of human rights abuses in Xinjiang and complicity plays a major role in the perpetration of violence at all levels.

“Adidas AG, Hennes & Mauritz AB, Kraft Heinz Co., Coca-Cola Co. and Gap Inc. are among those at the end of the long, often opaque supply chains that travel through China’s northwest region of Xinjiang. Residents there are routinely forced into training programs that feed workers to area factories,” according to The Wall Street Journal.

Outsourcing is the economic move, which also explains why 85% of China’s cotton is grown in Xinjiang. These companies have not only escaped accountability, but have also veiled the unethical means that facilitate production. Oppressive measures against the Uyghurs is based on economic incentive, making ownership of labor a critical component of the hedonistic struggle.

“I think money and land—especially land—play a crucial role in trying to maintain tight control over the region,” said Aydin Anwar, a Uyghur American and Outreach director of the Save Uyghur campaign. “East Turkestan is an occupied nation with incredibly rich minerals and resources that the Chinese Communist Party has been exploiting since the latest occupation in 1949. The existence of Uyghurs, their culture, their faith threatens China’s ability to maintain control of the land—because it’s clear that the culture, language and presence of East Turkestan is in fact not Chinese.”

Anwar has lost contact with her family back home and deems 93 of her relatives missing. “China has claimed that we’ve always been a part of China. By erasing who we are as people and homogenizing all of China to essentially become Han Chinese is their way of supporting the claim that we’re all one,” she said.

What does China’s position as a leading manufacturer entail? World leaders proposing neutrality to maintain economic relationships, the difficulty of holding the Chinese government accountable and consequently banning products made in China.

Oula Yassine, a Fashion major with a focus on Product Development at Columbia College, Chicago explains that mass consumption and mass production are interdependent, which is why it’s increasingly difficult to refrain from purchasing products that are made in China.

“I have gone back and forth on this topic [boycotting goods from China] because it would be difficult to completely eliminate goods in households that are made in China. One thing I do is research where my garments are made and although this is tedious, it’s important for me to know to keep myself from [unknowingly] supporting unfair labor. Though I do think a boycott should be set in place because what’s happening to Uyghur Muslims is unbelievable. More people need to be educated on this topic,” she said.

The ethnic cleansing of Uyghur Muslims reflects global anti-Muslim sentiment. Oppression of the global Muslim community, however, inevitably overpowers the dialogue and reality of economic incentive preceding discrimination. This is why the War on Terror is a pseudonym for the control of oil reserves, which was legitimized through control of Muslim-majority lands.

The politically convenient narrative that Muslims are terrorists mitigates the threat of imperialistic policies and actions against Muslims. Similarly, the Chinese government’s sinister attempts at curbing terrorism serves to downplay the violence against Muslims and, while their identities are reduced, their bodies provide labor against its own capacity and consent. The continuing economic structure shapes the need for discrimination, not the other way around.

China’s President Xi Jinping announced the One Belt One Road Initiative in 2013, an ambitious effort to establish trade routes linking China to the rest of Asia.

“The OBOR initiative and the fact that much of it goes through East Turkestan also sheds light on the importance of the land. Economics and land play a huge role,” says Anwar.

A discreet approach to economic development reasonably minimizes global scrutiny. The rhetoric that frames this initiative only deepens the Uyghur Muslims’ unending search for justice and for each other.