AirPods: how Apple masks the environmental cost of comfort 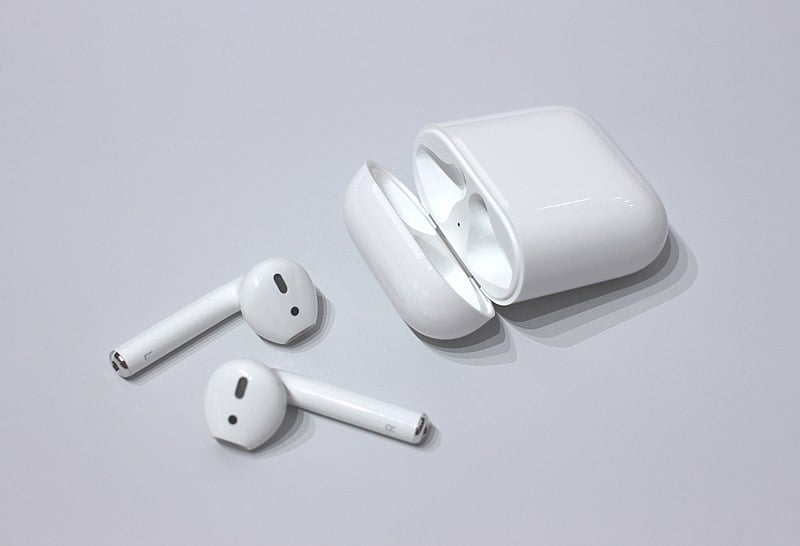 In 2016, Apple released AirPods, or Bluetooth earbuds facilitating consumers’ convenience of listening to music without being tethered to phones. AirPods signify comfort and discern those who have the means of purchasing the sentiment it cultivates.

The public initially showed contempt, but sales soared and in 2019 AirPods were a $6 billion business for the corporation. Apple’s commercial reputation, among other factors, accounts for this change in consumer behavior and the increasing popularity of AirPods.

“Every time I see someone wearing them I think, ‘You’re going to lose them before the day is over.’ It’s so much money to spend for something so insecurely held on your body,”said Daniel Bashara, a media and cultural studies professor at DePaul University. “It’s acceptance is driven by the ability to use AirPods as a status symbol; they’re expensive and people know that, so having them—and they’re visually distinctive— is a sign that you can afford to drop that much money on something so frivolous. I feel like ‘I can afford to drop money on something frivolous’ is kind of Apple’s entire brand at this point,” he said.

This is an example of planned obsolescence, which renders the creation of a product that is designated to function for a short period of time before it becomes outdated.

“In my Culture of Consumption class I briefly address the idea of planned obsolescence, where a product’s usefulness is manufactured for a limited timeframe in order to guarantee the continued purchase of new generations of versions of that product,” Barbara Willard said, an associate professor of communication studies at DePaul University.

“Apple isn’t repairing AirPods—it’s just replacing the ear buds and recycling the old ones,” according to The Washington Post.

“People usually will want to buy products that convey their status,”  Abdul A. said, a critic. “That’s why they purchase AirPods even though there are wireless earbuds that cost a lot less. They’re made to be replaced, which is why their overall battery replacement cost is just as much as purchasing a set of new AirPods. If you buy off-brand chances are you won’t be scammed,” he said.

Apple herds us toward consumption at the expense of not just our environment, but also our critical thinking ability, which is necessary to regularize subsequent buying practices.

“We have seen this most often with electronic gadgets in general, from televisions to mobile phones to computers,” says Willard, who specializes in Environmental Communication. “The problem with this type of manufacturing is threefold. First, on the production end, it is resource intensive. Rare earth metals, heavy metals, batteries and plastics make up many of these electronic gadgets. The extraction of these products come at great environmental cost.

“Second, on the consumption end, for those consumers that want or need to replace a faulty product, it can become quite expensive if they last six months to two years. And some consumers just fall for the next generation scheme and can’t resist paying the extra amount for the shiny new object.

“Finally, on the disposal end, these products are highly toxic. The plastics, metals and batteries that go into making these electronics, especially small ones like AirPods are rarely disposed of correctly. Most likely they will go into one’s regular trash,” she said.

Their compact design is attractive to buyers, but is intended for disposal and yet it’s difficult to do that without contributing to e-waste.

AirPods will stop holding a charge within a few months of purchase, and while Apple will be able to replace them with another set, that too will be heading for the pile.

“When people throw these items away without a thought, they are contributing to a growing environmental problem of plastic waste in our rivers and oceans and hazardous waste in our landfills,” Willard said.