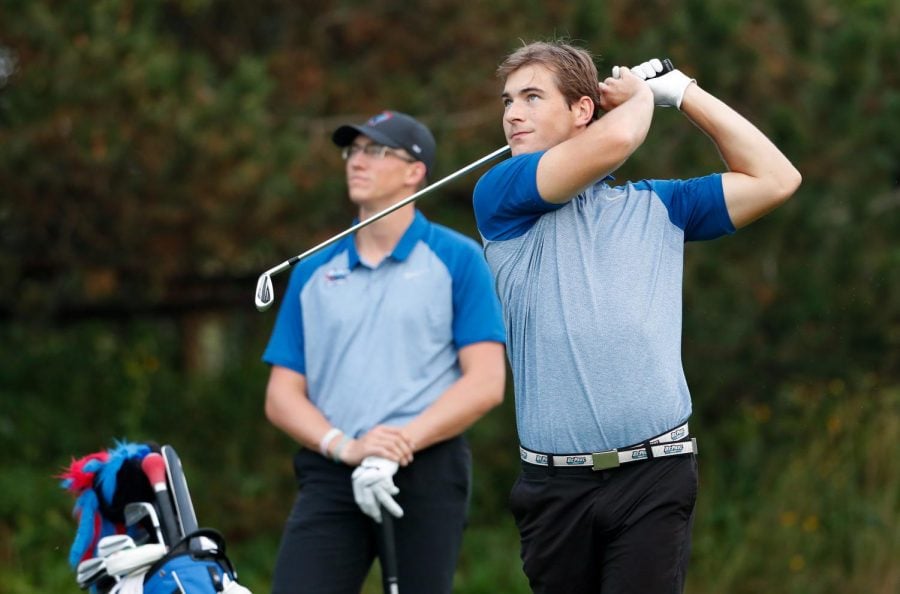 DePaul spring sports athletes had to cope with the quick news that they would not be playing another second of their still-young seasons in mid-March, when the Big East shut down all spring sports competition due to the COVID-19 outbreak.

Softball, men’s and women’s tennis, men’s golf, and men’s and women’s track and field athletes at DePaul found themselves having to move back home and give up the seasons, with seniors believing they’d played their last game without even knowing it.

“Our senior class just could not believe it,” softball senior Angela Scalzitti said. “Everyone was just in awe and our coaches kind of tried to give us a heads up and tried to let us know that [cancellation] could be a real possibility.”

Yet, the NCAA Division 1 Council came together on March 30 in a highly anticipated vote that would decide whether or not to grant spring student-athletes another year of eligibility. The council, headed by Penn athletic director M. Grace Calhoun, concluded that school’s would be given the choice to give that extra year of eligibility.

That painted a picture for the different sports at DePaul that saw the possibility for seniors to return, and all players to make up for the lost time this season. Softball head coach Tracie Adix-Zins isn’t worried about the extra player load next year, and is certain things will be a smooth transition.

“We’re going to put the best nine players out there, for us it’s about offense, who’s going to produce the most offensively,” she said. “It doesn’t really change a whole lot it just gives us more options.”

Before the decision came out, coaches and players were riding a wave of uncertainty. With the players home quarantined, communication existed only through text. Strength coaches sent home-ready workouts to players and they brought on the challenge of staying softball-ready miles away from Lincoln Park.

“We are just trying to keep it as normal as possible in terms of school and then working on getting them things that they can work on, whether it’s defense, offense or pitching that they can do on their own right now,” Adix-Zins said.

Of course, not every senior will return next year. Some will choose instead to graduate and move on, and the NCAA and DePaul are giving everyone that freedom.

“Our coaches are still working through this process with our spring sports student-athletes as to whether or not they plan to return to complete their eligibility,” a DePaul Athletics spokesperson told The DePaulia. “If they would like to return, athletics plans to assist student-athletes at their current scholarship level. That said, some have already committed to jobs and plan to graduate and pass on their final year of eligibility. Others receive a partial athletic scholarship and may not have the funds to pay the balance of the costs for a fifth year of school.”

This decision does affect players coming into the program as well. Transfers and incoming recruits are, in some cases, going to have to fight harder for a spot in the starting lineup or on the team. This also could stretch schools thin when trying to accommodate for extra scholarships. On top of the Big East’s revenue distribution, schools will be saving some money even in light of the loss of revenue.

“The savings from the cancelation of spring sports, travel restrictions for recruiting in all sports and any corresponding financial effects of these uncertain situations we are all facing have led to savings on expenses for athletics operations that would mitigate the loss of spring sports revenue,” a DePaul Athletics spokesperson said.

Scalzitti, like other senior athletes, has after-school plans lined up. Yet, Scalzitti is choosing to return while working a year-round internship. The outfielder first stepped foot on DePaul Cacciatore Stadium in 2015 as a freshman, where she missed part of her season with an injury. In her sophomore year, she started 45 games before missing all of the 2017 season to an injury. Because of these delays, her junior season was not until 2019, and coming back next year will make it her seventh season with the program.

“It’s a lot of pride to know I’ll be the longest tenured softball player at DePaul,” she said.

The softball team was just one week away from beginning their Big East title defense when the news broke. As things dwindled for athletes, the news from last Monday was welcome for all.

“I couldn’t imagine as a player having my season taken away for any reason,” Adix-Zins said. “So the fact that the NCAA came to the conclusion and voted for them all to have another year of eligibility, I think is awesome.”