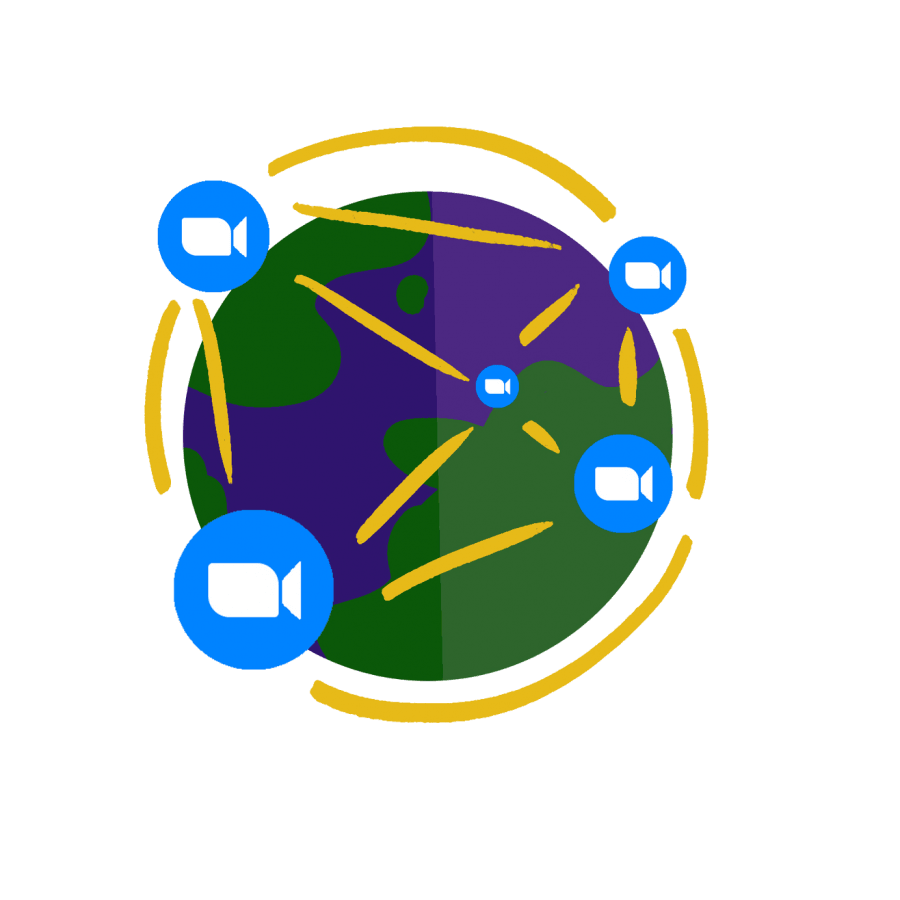 DePaul’s Richardson Library, which was once full of students collaborating and working vigorously, now stands abandoned amid the coronavirus pandemic. DePaul’s various clubs no longer can take advantage of previously available resources such as Richardson Library. While each club has made their own specific decisions on moving forward, in-person meetings have universally halted.

Jon Knecht, President of Beating The Block, a CDM club that focuses on screenwriters workshopping their scripts, said the university has closed essential resources.

“Since the library is closed, there’s no way for us to physically meet,” Knecht said.

As many students have experienced the transition from in-person to online classes, clubs face the same struggles as their meeting areas have become inaccessible. While Beating The Block plans to continue, Knecht cites a shift in morale ever since the start of the pandemic.

“Nobody has talked in GroupMe since the crisis hit,” Knecht said. GroupMe, according to Knecht, is the main hub of communication for Beating The Block; the club also uses Facebook to post about workshops and screenings.

As other clubs have come to terms that in-person meetings are an impossibility, many have taken advantage of other apps. The Fullertones, one of DePaul’s mixed acapella groups, for example, have been using Zoom to strengthen their team bonding.

”We’re gonna use  [Zoom] more socially, just so we can be friends and talk to each other the same way as regular rehearsals,” said Fullertones President Andrea Torres. “We call ourselves the Fullerfamily. We’ve always been a more familial group, very family oriented.”

After the club ruled out practicing in-person in an e-board meeting, Torres acknowledged both the upsides and downsides of the current situation. While the team is bonding more than they ever have, they are also losing out on concerts and long standing traditions.

“We always make it a point at our last concert to have senior solos…It’s really unfortunate that we won’t be able to send them off as we usually do,” Torres said.

Other performative groups have also made decisions about online content moving forward. Claire Rufin, on team “Date Night” as a part of Depaul’s improv and sketch-comedy based disc, weighs in on what her team is working on.

“We do have forums over Zoom to make layouts for possible shows after quarantine. We’re trying to make a form of digital comedy to put out there,” Rufin said.

The team has, according to Rufin, tried to make other digital comedy shows to replicate an in-person experience.

“We were supposed to have a show for the Purim Jewish holiday…it was gonna be a livestream. It was supposed to be two weeks ago, but it obviously didn’t work out,” Rufin said.

Although their livestream didn’t work out, the club is keeping up both their spirit and their comedy instincts up through Zoom. “We’re doing a lot of zoom meetings. We’re doing trivia and stuff to try and keep each other on our toes for comedy writing,” Rufin said.

Individually, Rufin plans on moving forward with her comedy writing through social media.

“I am working really hard on personal bits, different characters to bring to the table. I’ve decided to make my comedy bits in my [Instagram] story a little more frequent,” Rufin said.

Whether hosting a trivia night on zoom or posting comedy bits on Instagram, Date Night, as well as many other teams in performative clubs, are moving forward the best way they see fit.

“We’ve already started to transition to a virtual setting, we’ve looked for ways to create guidelines for zoom etiquette, always leaving your camera on for example,” Campbell said.

Before the shift to online meetings, the SGA held weekly meetings on Thursdays at 6 p.m., in which students are heavily encouraged to participate. According to Campbell, with more student engagement, the student body can be helped more as a whole.

As other clubs have discontinued their work, Campbell gave his insight on what can be learned during this period of online learning.

“Not everything has to be done in person. You see how much money and time goes into meeting in person,” Campbell said.

While Campbell said that nobody should undermine the severity of the crisis, he  emphasized the importance of online resources.

“My heart goes out to everyone involved in the crisis…This is our reality now,” Campbell said. “We’re not going to stop doing what we have to do…We can use this time to still be productive.”