OPINION: For Generation Z, COVID-19 is the latest in a series of major traumas 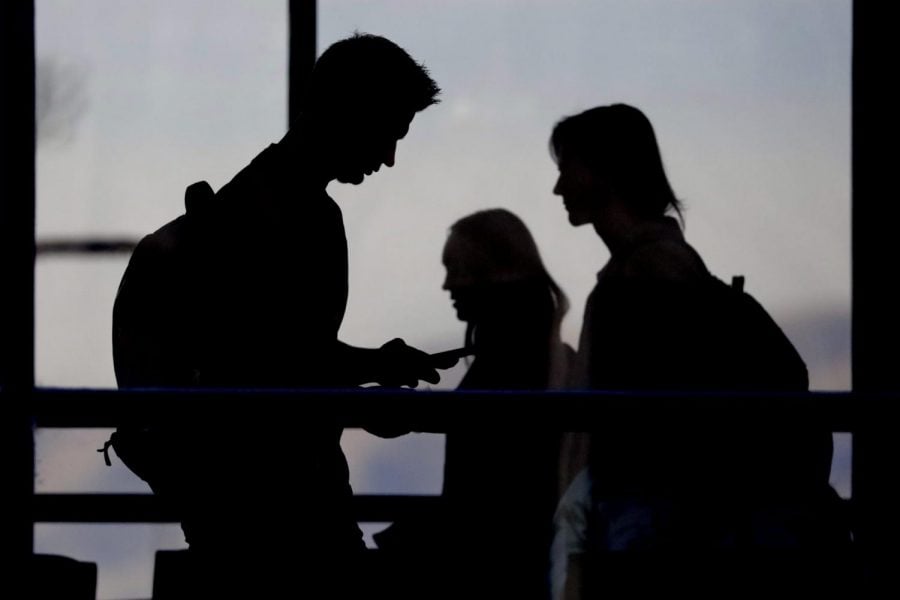 Students walk on the campus of Utah Valley University in Orem, Utah.

We are living in uncertain times.

It’s a cliché, but it’s also a pretty good summation of the truly bizarre existence we are all subjected to amid the COVID-19 pandemic.

As I thought about it more and more, however, I’ve somehow felt that I’ve always lived in a wildly uncertain era. Born in the late summer of 1999, I don’t remember a world in which America was not haunted by the collective trauma of 9/11. I may not remember the attacks themselves, but I remember the long-term ramifications of the attacks permeating the culture of my childhood, namely a country that no longer felt safe.

The nation was further rocked by wars in Iraq and Afghanistan and further discontent with a president many felt was leading us to our doom.

In 2008, the housing market crashed and the nation bled once more, this time in the form of a recession. Hundreds and thousands of people lost their jobs and their homes, mirroring the helplessness of The Great Depression.

As I got older, the political parties which I had grown to know became ever more divided and polarized. When I was 17, Donald Trump was inaugurated into office, leading to a political climate that felt more personal and mean-spirited.

Mass shootings, many of them taking place in schools. The worsening opioid epidemic. The prevalence of racially-motivated police shootings. The inevitable doom of our planet due to climate change. And now, a pandemic.

It would make less sense if things became more stable, easier to swallow.

“Some of these [major moments] are hopeful and positive –I would put the election of  [President Barack] Obama in that category – but many of them contributed to feelings of insecurity,” said Roberta Garner, a professor of sociology at DePaul. “The specific events must be understood in the context of an economic situation that seemed less favorable to ordinary middle-class Americans than the years of prosperity in which the Baby Boom grew up.”

My generation, commonly referred to as Generation Z, was born into a world seemingly always on the brink of collapse. As a result, we are hurting at a disproportionate rate.

In an age where everyone owns a smartphone and has instant access to tragedies occurring across the planet, it can feel as if the world is constantly closer to imploding on itself. Tragedy and injustice do not appear to be a symptom of our existence, but existence itself.

“I experienced intruder drills growing up, the first one I can remember was in first grade, it was either before or after we had a threat of our own at school and had to finish a school day at the church next door to be safe,” said Holly Kauck, a senior at York Community High School in Elmhurst. “Being a first grader and having faced minimal trauma, I was still under the impression bad things only happened in movies, so when we had to rehearse for the possibility of someone coming into our school to harm children, I think it was a defining moment in the sense those bad things I thought only happened in movies became real.”

This isn’t to suggest that previous generations did not endure major upheaval; The Greatest Generation lived through World War II, The Silent Generation was born into the worst financial disaster in the nation’s history, Baby Boomers faced assassination of President Kennedy and the Vietnam War, Generation X entered an uncertain job market and Millennials experienced many of the aforementioned traumas as young adults.

For Generation Z, though, there is a lingering feeling of omnipresent doom hanging over even prosperous times. A pessimistic outlook has infiltrated pop culture, with memes becoming an increasingly popular format to express societal anxieties.

“One thing that has become super prominent now is meme culture,” Kauck said. “I feel like my generation is very easily desensitized from current issues like after something bad happens, such as the World War III speculation in January, there were countless memes about it.”

It’s easy to feel as though we’re doomed, with the current state of the world not being any help in curbing feelings of dread or hopelessness.

While it is natural and often justified to feel  angry with the situations we have been unwillingly and involuntarily thrown into, it also gives us the opportunity to be better than those before us.

“I think growing up in this era has caused me to be an independent thinker and focus heavily on the values that I think are important specifically to me,” said Rebecca Cirone, a senior at DePaul. “Those being, relationships, honesty, kindness, humor, acceptance.”

To end with another cliché: We have the opportunity to be the change we would like to see in the world – the change we have so often needed and been deprived of.

Cleaning up after  the messes left behind by previous generations will not be easy; it will require much effort and will often feel discouraging, but it is worth doing.

“We need to think and talk about how to change our institutions to make our society better –more secure and more equal,” Garner said. “… Unfortunately, some people are happy with the status quo. As a society, we do not have a good record of solidarity and equality. But these issues can be discussed with others. Focus on what you would like to see changed and work towards that.”

We will be able to get through COVID-19, just as we’ve gotten through everything else the world as thrown our way. And we’ll make a better world than the one we were born into.