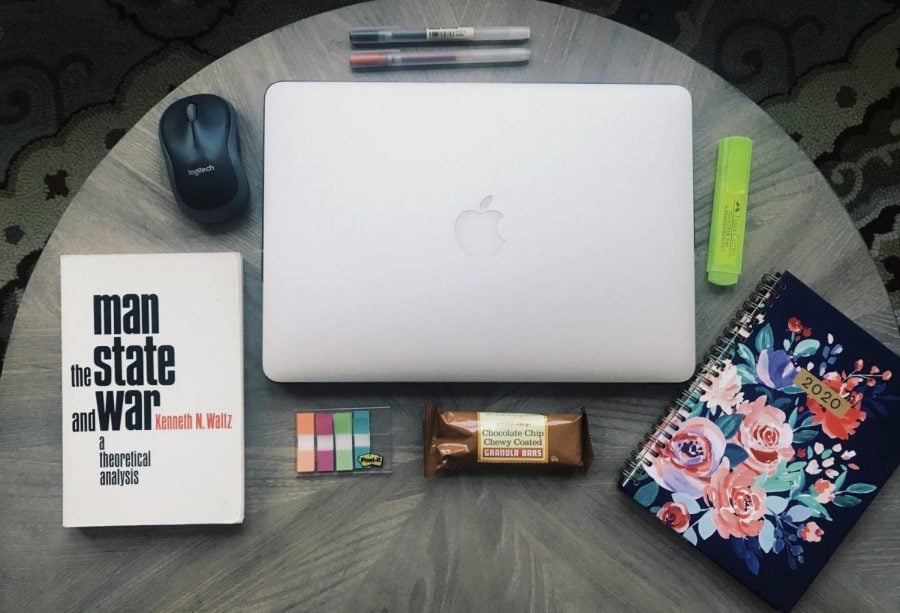 Three weeks into DePaul’s remote Spring quarter, students are concerned about the quality of their education since the move to online prompted by the coronavirus outbreak.

The virus has caused universities around the globe to temporarily shut down their campuses, but DePaul students worry that a remote education does not have the same monetary value compared to being on campus.

DePaul freshman Gracie Boedker thinks the cost of tuition should have gone down with online learning. Boedker is a film student, so she’s lost access to many of the things her tuition is supposed to cover.

“Every student has lost access to things that help them learn,” Boedker said. “I know DePaul and other universities won’t lower their tuition because then they’d have to admit that the quality of education is not the same, but I think people would appreciate it if schools recognized that we aren’t getting the education we would typically get.”

Not only is tuition a concern for students, but so is productivity.

“The only thing that is difficult for me is my lack of motivation,” DePaul freshman Sarrah Asgarali said. “I am not used to this type of learning, so my mindset is more laid-back than being proactive with my classes.”

Students like Boedker and Asgarali do appreciate the independence and flexibility that comes with meeting deadlines for online classes, but that independence can be a slippery slope if students fall behind.

“So far, remote education is easy in the sense that I’m just kind of sitting at a computer and watching a lecture or doing an assignment,” Boedker said. “However, it’s difficult to stay engaged with the lecture when you don’t have that back and forth with the professors.”

DePaul prides itself in having offered students online classes as well as online degree programs for years. In the 2017 Spring quarter, over 6,200 students were enrolled in at least one online class at DePaul, according to the DePaul College of Education website.

GianMario Besana is the associate provost for global engagement and online learning at DePaul, and he said online education is just as valuable as face-to-face instruction.

“Online learning has been proven for over two decades to offer students equal, and in some cases better, opportunities to attain learning outcomes of courses (see for example Evaluation of Evidence-Based Practices in Online Learning, Dept. of Education 2010). DePaul has prepared professors to teach online with an award-winning professional development program, the DePaul Online Teaching Series, since 2008,” according to Besana.

“To further support remote instruction, when faced with the COVID-19 emergency, DePaul’s Center for Teaching and Learning hosted a series of webinars with over 1,000 faculty members in attendance. With these foundations, and the amount of resources the university has invested in preparations for remote learning, the value of a DePaul education is as strong in Spring 2020 with all classes online or remote as it has been when the majority of classes were conducted in person,” he continued.

Even though DePaul hosted the Online Teaching Series and emergency webinars, the programs are voluntary, so not all DePaul faculty participated in order to learn how to best prepare for online instruction.

Despite the university’s resources and preparation, why is it that students still feel something missing from their education? Well, it’s because there is something missing that cannot be replicated online completely — in-person interaction and communication.

There is a loss of physical human connection with e-learning, but remote courses do allow professors to better understand their students’ needs, according to DePaul College of Education professional lecturer of leadership language and curriculum Melissa Bradford. She said professors are paying attention to students more closely, which helps instructors to get to know each student equally.

In Bradford eyes, the transition to remote education impacts both the students and the professors equally. It’s a challenge that DePaul and its students are overcoming together.

During these uncertain times, Bradford urges students to remember: “We’re all in this together, and we’re on your side.”

UPDATE (April 16, 2020, 2:30 p.m.): This story has been updated to clarify that not all DePaul faculty participated in the Online Teaching Series.