OPINION: Nothing matters anymore in the age of COVID-19 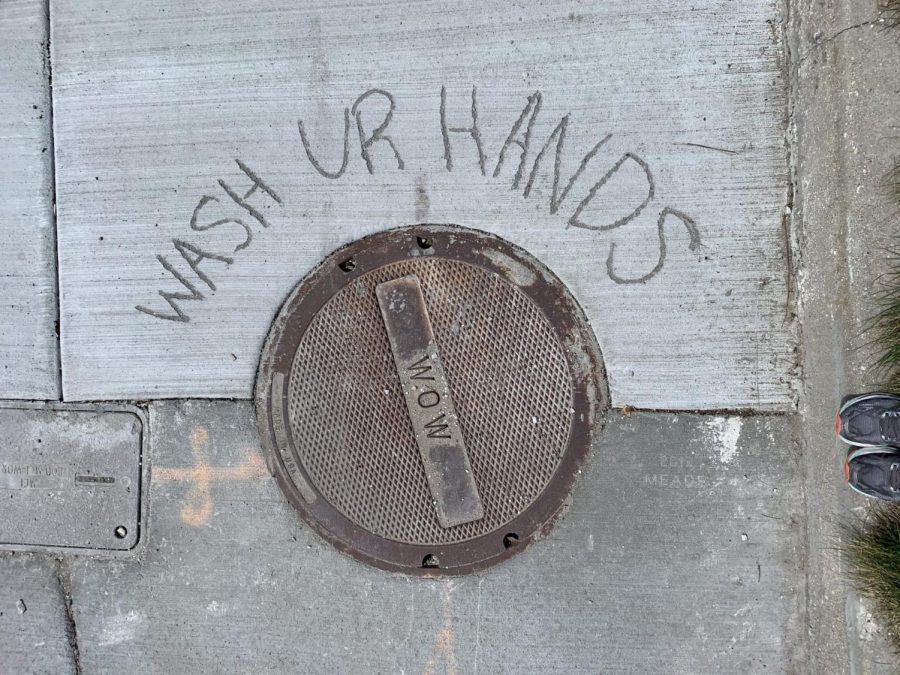 “I’m talking to myself now,” I said to my good friend Annie over FaceTime the other day. Or was it a week ago? Annie’s response was simply, “Good.”

As we approach almost a month in quarantine, I’ve begun to care a lot less about certain things that I would otherwise care a lot about.

Last week, after going for a run, I went for a walk to cool down. I was listening to my music with headphones on when all of the sudden I started singing out loud. Then I stopped.

Wait, that felt good, I thought to myself. Why did I stop? So, I kept singing. I’m walking down the street, singing my favorite song out loud. Nothing can stop me!

Then, I stopped again. Two people were approaching me — keeping six feet of social distance of course — and I felt embarrassed for my off-pitched voice. Also, who sings with their headphones on?

As I walked closer to them, but no closer than six feet, I realized they weren’t even paying attention to me. They were engrossed in their own conversation, looking around, one of them being steered by their dog to and fro. I started singing again.

I passed another person. I kept singing.

By the time the song had run its course, I was almost home and felt great. I just did the single most awkward thing I could think of and didn’t even care. I mean, I cared, in the beginning, but then I didn’t care at all. Because in the time of coronavirus, nothing matters anymore.

As mentioned, I talk to myself now. I’ve always talked to myself, ever since I was a kid. I would stand in front of the mirror with a microphone, er, hairbrush in hand, hoping to one day be iCarly (my name is Carly, in case you didn’t catch the byline.)

I still talk to myself, but up until a few days ago – which could have been a few weeks ago – my rambles were held to the confines of my head and apartment. But then, just like with the singing out loud, I decided to talk to myself out loud outside of my apartment.

Last week, or year, I decided to go for my daily walk. Since the beginning of quarantine, I’ve taken up the habit of going for one or two Aimless Walks of the Day, or AWOTD for short. I had my Zoom stand-up class in 20 minutes and needed to clear my head.

Only someone standing closer than six feet away would be able to hear me anyway, I reasoned. Also: Who cares?

I kept walking, and quietly talking, and amazingly, I felt that same liberated feeling I achieved from singing out loud. Plus, my head was clear, which was the entire purpose of the AWOTD in the first place.

Later, in Zoom class, my stand-up professor advised us to talk to ourselves and record ourselves in order to help us formulate jokes. I was one step ahead of everyone else.

Besides singing and talking to myself on public walks to nowhere, I’ve also started dressing exactly how I want to look.

Fashion has always been my thing and people close and far to me know this.

When I run into people I knew from middle school, they often ask, “so are you, like, designing clothes now, or something?” In response, I fake a smile and say, “no, I don’t know how and never wanted to make clothes but thank you and please leave me alone.” Okay, I don’t actually say the last part.

I love dressing up and expressing myself through what I wear and don’t tend to care if it fits within the status quo. Being in quarantine hasn’t stopped me.

My latest outfit was early-2000s inspired. I donned a denim skirt, white button-down shirt tied at my belly button and flip flops. Add a choker and bad highlights, and I could pass for a cast member on “The Hills.” When I had to go for my second AWOTD, I swapped the skirt for joggers and the flip-flops for sock sneakers.

Did I look ridiculous? Yes. Did I care? Not one bit. Neither did the few passersby.

Because, say it with me: nothing matters anymore.

I’m only 21 years old and still have a lot of growing up to do, but I’ve recently realized that the moment you give up on trying to figure out who you are is when you can finally be yourself. If you’re worried about not being accepted for who you are, don’t be. The right people will come along who will accept you, you and your singing and talking and dressing loudly, and those are the people to hang on to.