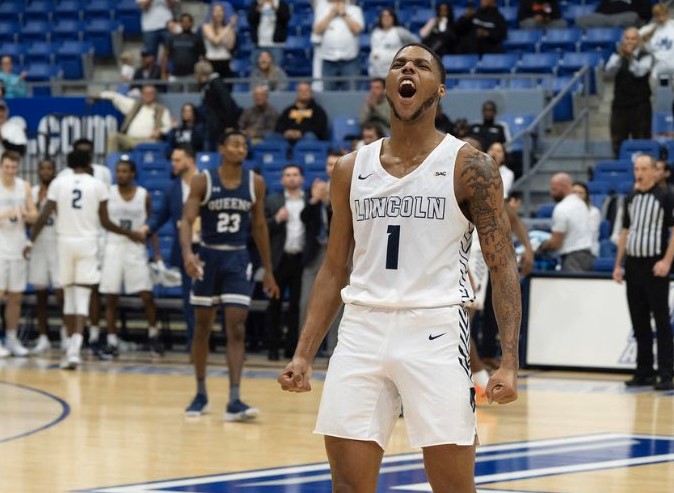 After losing five players to the NCAA transfer portal in the last month, DePaul has finally landed a transfer of its own. Lincoln Memorial (Division II) All-American transfer Courvoisier McCauley verbally committed to the Blue Demons on Wednesday.

McCauley spent two years at Lincoln Memorial, but his big jump came during his sophomore season. During the 2019-2020 season, McCauley averaged 20.3 points and 6.3 rebounds per game on 43.6 percent shooting from the 3-point line. The 6-foot-5 guard also led his team to an overall 32-1 record and a perfect 22-0 conference record.

DePaul was in desperate need of a scorer and shooter after losing starting shooting guard Jalen Coleman-Lands to the transfer portal. Last season, the Blue Demons were ninth in the Big East in 3-point shooting, and one of McCauley’s strong suits is to score from behind the arc.

In his freshman season, McCauley played in 29 games but only started seven of them. In those 29 games, McCauley averaged 9.8 points per game on 37.7 percent shooting from deep.

Thank you to all the coaches who have reached out! Been an unforgettable experience!! Like to say I’m 110% Committed to DePaul University 😈🔵 Lets Rock Blue Demons @DePaulHoops pic.twitter.com/aVc0Zle2bQ

While McCauley still has two years left of eligibility, he might have to sit out next season due to NCAA transfer rules. But the NCAA is currently discussing passing a rule that would allow student-athletes to be immediately eligible the first time they transfer. The vote is expected to take place May 20.

The only high school recruit that DePaul currently has committed for the 2020-21 season is Kobe Elvis, who is a Canadian point guard. Head coach Dave Leitao and his staff still have four open scholarship spots for next season.