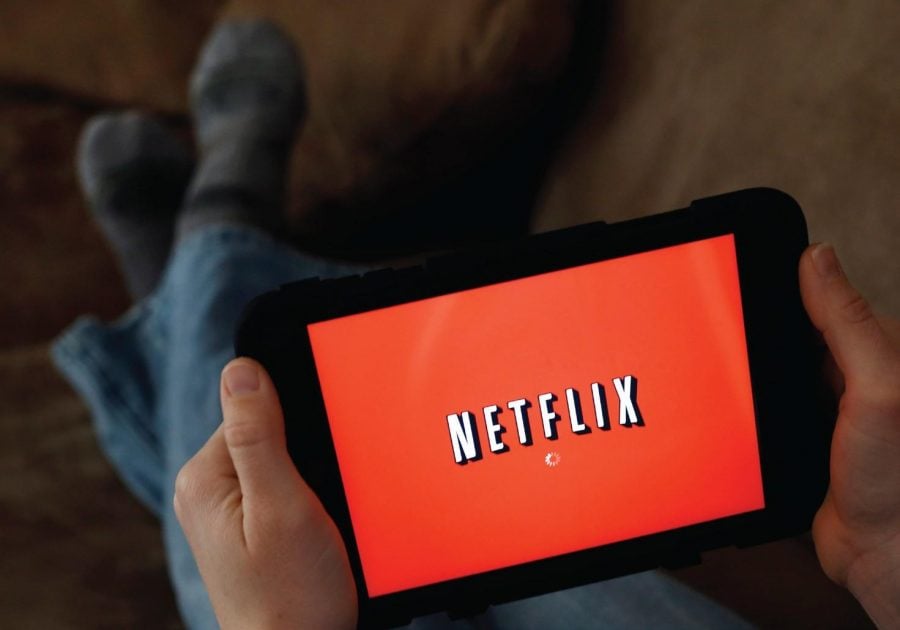 A person displays Netflix on a tablet.

Netflix, Hulu, Amazon Prime, Disney+, etc. have cornered the market when it comes to binge-watching. During the pandemic, people are using these streaming services to pass the time or escape from reality through their favorite shows or movies.

While binge-watching is generally discouraged, there are a couple of ways and tips to do it safely without putting your health at risk.

But first, why is it discouraged?

According to a study by Michigan State University, “binge-watching is associated with detrimental health behaviors such as foregoing sleep in order to continue watching, selecting unhealthy meals, unhealthy snacking and sedentary behavior.”

“Despite being an increasingly common watch pattern, we don’t really know about the mental health effects of binge-watching,” said Austin Lim, instructor of neuroscience at DePaul University. “There’s debate about whether binge-watching is a coping mechanism where it may have potential benefits. It could also be a sign of poor impulse control, where it may be a predictor of negative outcomes.”

Online streaming has changed the way we watch television. With network television, a new episode of your favorite show premiered once a week. Now, an entire season worth of episodes are available as soon as the season drops.

“There are many ways [streaming] has affected how we watch TV,” said Paul Booth, professor of Media and Cinema Studies at DePaul. “People were certainly binge-watching before streaming, but that’s become much more common now. More importantly, I think it’s also changed the way we relate to television – for instance, expecting that our media content will be available whenever we want it.”

People were willing to wait for the newest episode to air, but with original content like “Stranger Things” or shows like “The Office” or “Friends” readily available, there is no need to wait. Simply pay for the streaming platform of your choice and you have seemingly unlimited options.

According to Variety, “when consumers stay at home amid broadly disruptive events, their media consumption rises nearly 60 percent.” With people forced to stay indoors, binge-watching may turn into something  used to pass the time or as an escape.

Despite research in the subject lacking, a common denominator is its effect on sleep.

A study published in the Journal of Clinical Sleep Medicine found that binge-watching is more common among young adults and they are the first to “demonstrate a link with poorer sleep quality, more fatigue and increased insomnia.”

When a person is engaged with the content they’re watching, they’re going to watch more of it. It releases a type of high that could lead to addictive tendencies. It’s why we feel the urge to keep watching regardless of what we’re doing. It becomes harder and harder to turn off the TV or put the phone away.

“I would say 85 percent of the time I can’t pull away from a show and have lost some sleep,” said Elizabeth Granato, blogger for Love & Promise Jewelers and avid binge-watcher.. “Sometimes I just lose track of time or I really want to know what happens next. I’ve been trying to limit myself lately on how much I watch at a time, but sometimes I just can’t help it.”

With binge-watching becoming much more common, there are ways to do it safely and these tips are easy to follow.

The most important one is make sure you’re getting enough sleep by trying to avoid binge-watching late at night.

“Digital devices, like cell phones, computer screens, and TV screens, use blue wavelength light to illuminate the screen,” Lim said. “Our eyes and nervous system are particularly sensitive to blue light, and blue light suppresses our body’s ability to produce melatonin, a hormone that helps us synchronize our body with the daily setting of the sun. The best advice is to cut off digital device viewing about 45 minutes before going to bed.”

Even with binge-watching, there is such a thing as too much. Try not to overindulge and set a limit on the amount of episodes you should watch.

Walter Podrazik, a TV historian and professor at the University of Illinois at Chicago, believes binging three episodes is the perfect balance between still enjoying the show and it becoming a chore to sit through.

Northwestern Medicine suggests a few tips regarding binge-watching that, aside from setting a limit, include getting regular exercise. It not only gets you moving around, it tears you away from the screen and gives your eyes a rest.

Make it a social thing. Try to arrange “Netflix watch parties” where you and others watch the show together and discuss it. Especially in a pandemic, it allows you to be social and interact with other people.

Set expectations accordingly. Remember that all good things must come to an end. Binge-watching can lead to a “high” while you’re watching a show but you’ll eventually come down once it ends. Recognize that and try to not jump to a new show right away.

We’re all going to be stuck indoors for the foreseeable future. Binge-watching is going to be a lot of people’s go-to to pass the time. Just be careful in doing so. Get plenty of sleep and exercise, make an event out of it, set a limit, know when to walk away from the screen and set expectations accordingly. Follow these tips and stay safe and healthy as you enjoy your third re-watch of “The Office” or binge all the Marvel movies on Disney.