What The DePaulia’s Arts & Life team is binging this week 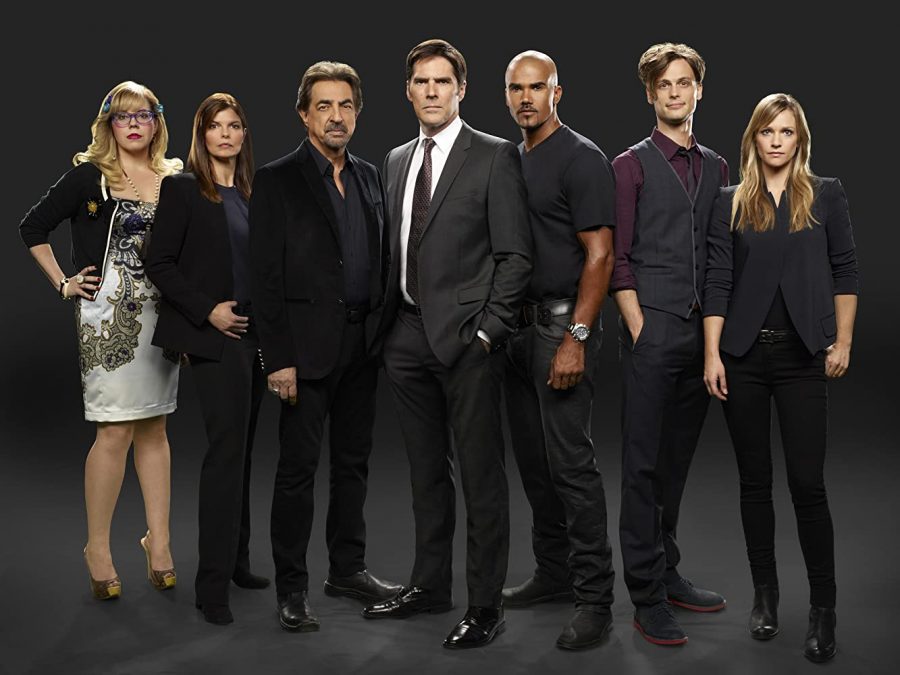 The stay-at-home order has been extended until May 31 in Chicago, giving more time for a constant stream of binging. The Arts & Life team has binged plenty of TV shows over the past few weeks and we simply want to share these binge worthy shows that’ll take up your month of May. You will not be disappointed.

Arts & Life Editor Keira Wingate has been binging crime, romance and food. A mix of funny and sweet with a hint of affection. 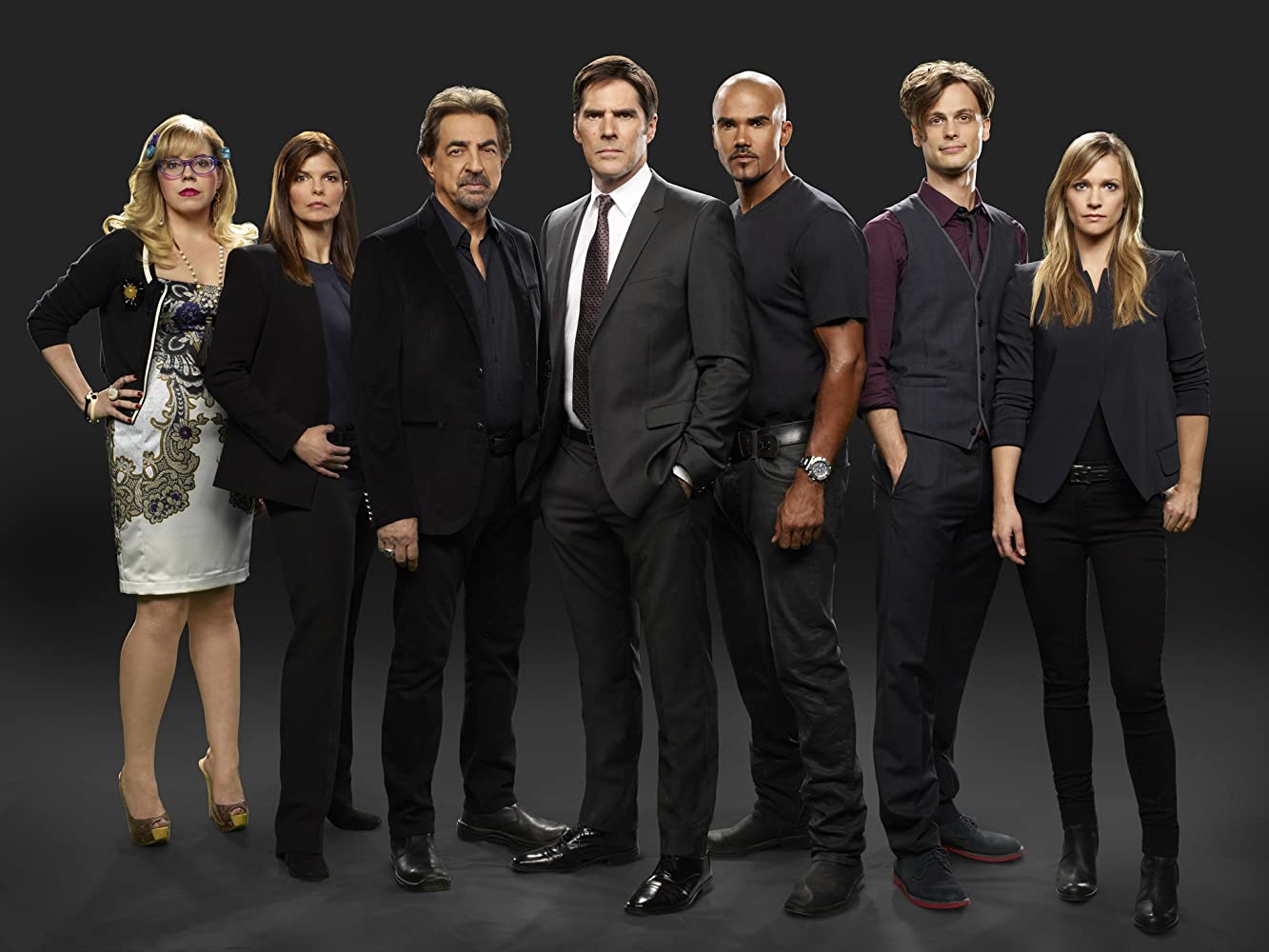 While there are a solid 100 plus choices of crime shows to choose from, “Criminal Minds” offers a loving cast that treats one another as family while simultaneously looking at gruesome scenes  and eating takeout.

The show began airing in 2005 on CBS. Right away, you get sucked into the incredible crime writing and diverse bunch of personalities shown on screen. From the gorgeous Derek Morgan (Shemar Moore), the eccentric Penelope Garcia (Kirsten Vangsness) and the genius we all know as Spence (Matthew Gray Gubler), there is a character that will likely be everyone’s favorite.

The cast all go through emotional and terrifying events throughout the series, only giving the audience more frustration and love for the characters. The show intertwines the lives of the characters and the new crime story so well it stays balanced the entire series. Although we lose and gain, and gain and lose characters a few times you grow to love them, just not as much as you may love Spencer Reid.

The show ended this past February, with 15 seasons under its belt. You can find seasons 1-12 on Netflix and CBS All Access has 13-15. With about 20 or more episodes per season, you should start binging now. 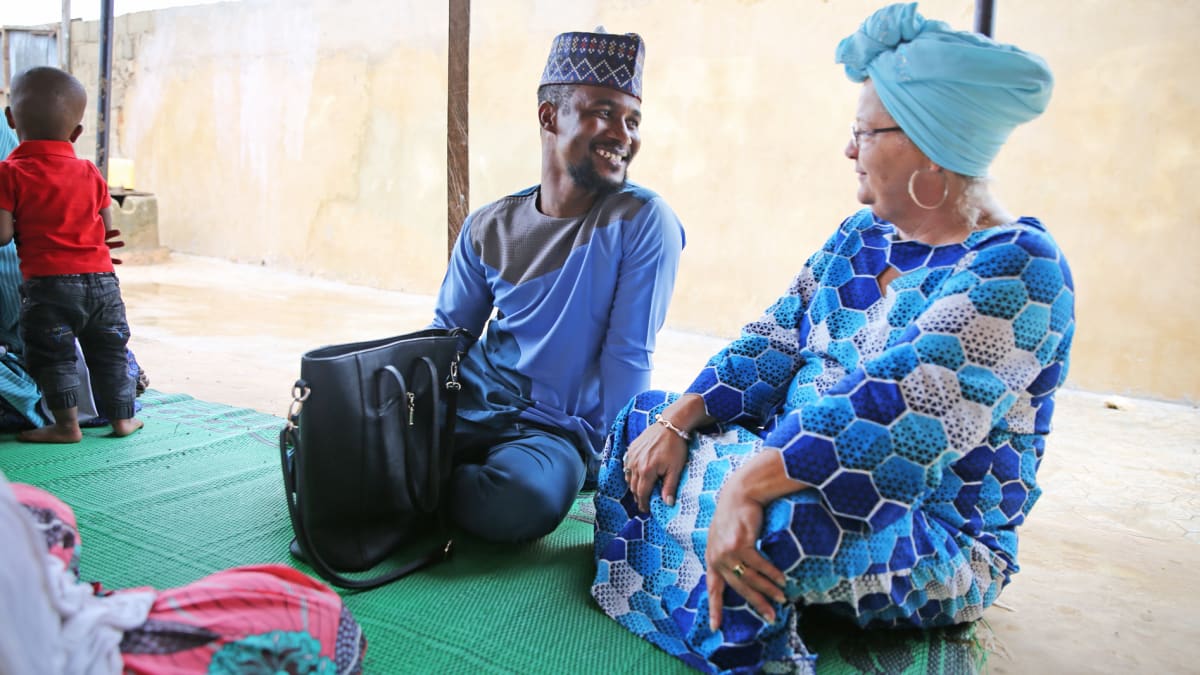 One of the many 90 Day Fiance shows TLC airs, “Before the 90 Days” shows the journey of couples who plan to get married, hence the before of “90 Day Fiance.”

The show is a complete cringefest that’ll have you clenching your teeth at the site of the absurd and outright confusing actions these couples make. When a 52-year-old woman keeps calling her boyfriend’s mom “mommy” it tends to send awkward vibes down your spine. Of course, you can’t look away from the show no matter how cringy it may be. Giving your girlfriend a childlike toothbrush because her breath stinks is pure comedy, am I right?

Following the journey of these diverse couples just further shows how clueless people can be when blinded by what they think love is – I’m not bitter I swear. While some seem to have a fighting chance, others are completely overwhelmed by the cultural difference and the realization that everything said online isn’t translated well in person. I am no love expert, but this reality love show almost makes it a game, guessing who really loves who?

You can’t help but feel bad for some of these people you can tell are giving their all, but it’s clear some could use therapy rather than an online dating site.

TLC is “in their bag,” you could say. They have seven different spin offs of the original “90 Day Fiance” and recently launched “90 Day Fiance: Self-Quaratined.” If you don’t have cable -(who does) then get the TLC Go app to binge the best cringe you could ask for. 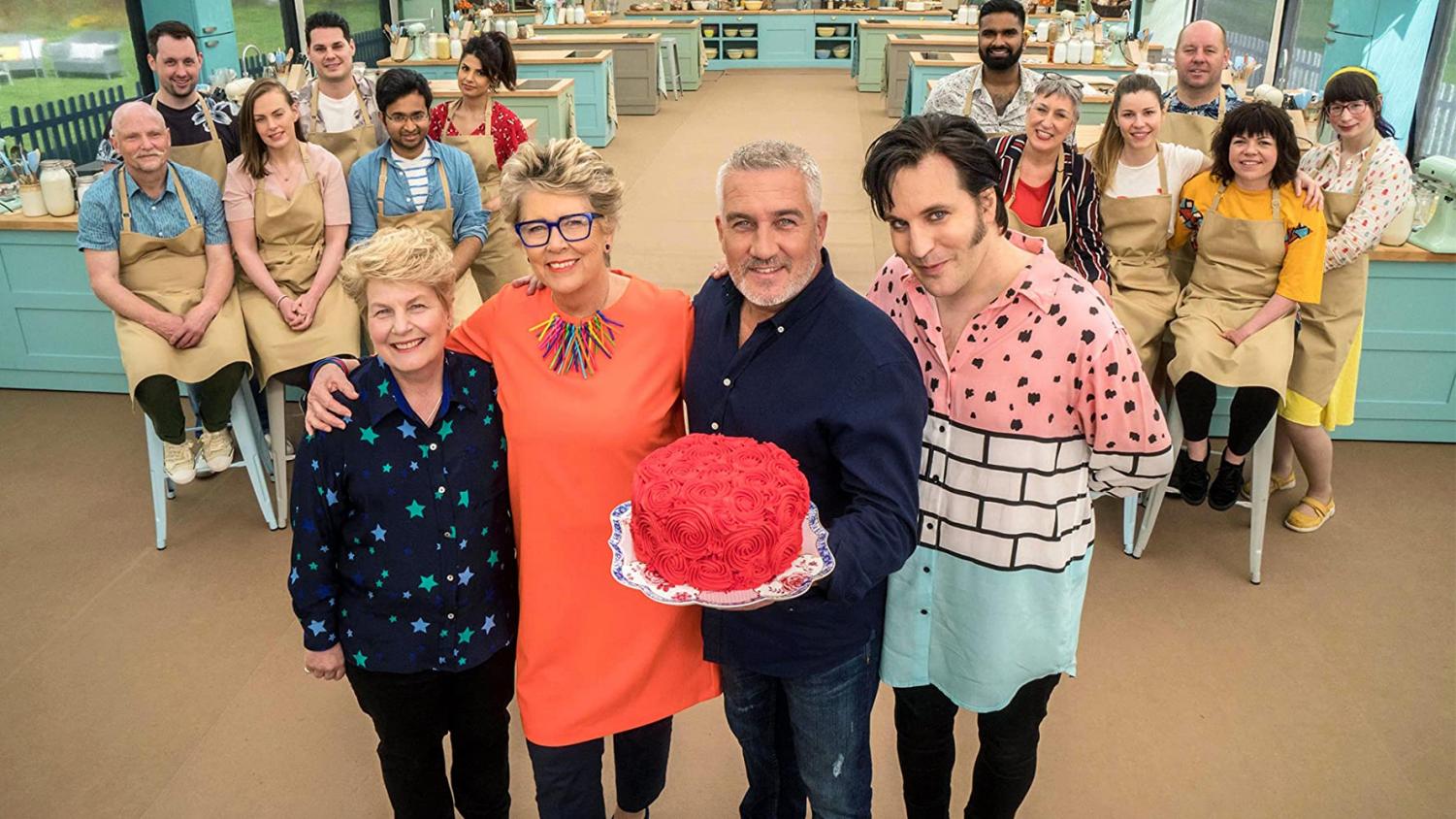 Forget all you know about baking shows and start fresh with “The Great British Baking Show.” If you thought “Cupcake Wars” was good, you have absolutely no idea what you are missing.

This wonderfully uplifting, airy and bright show offers you a glimpse of the amazing pastry skills these British bakers have. The show brings in amature bakers from all over the United Kingdom and gives them a chance to impress judges, Paul Hollywood and Mary Berry, to very well known chefs.

Each week the bakers have three challenges, one being what they call a “technical” challenge that is given with little instruction to follow. They bake for hours at a time and create things you probably have never heard of. Besides the baking of delicious cakes, tarts, breads and more, they create a masterpiece that is both pleasing to the taste buds and eyes. If they succeed, one will win Star Baker each week. Don’t be fooled though, it seems to be a common trend of failing the week after you win.

You easily pick your favorites with each passing episode and cross your fingers hoping they won’t go home. The show offers you uplifting conversation and teamwork. Although they work separately, with each season, the bakers are always encouraging, kind and warm spirited. It offers a completely different experience to some other baking shows you have watched, such as “Sugar Rush” and “The Great American Baking Show.” 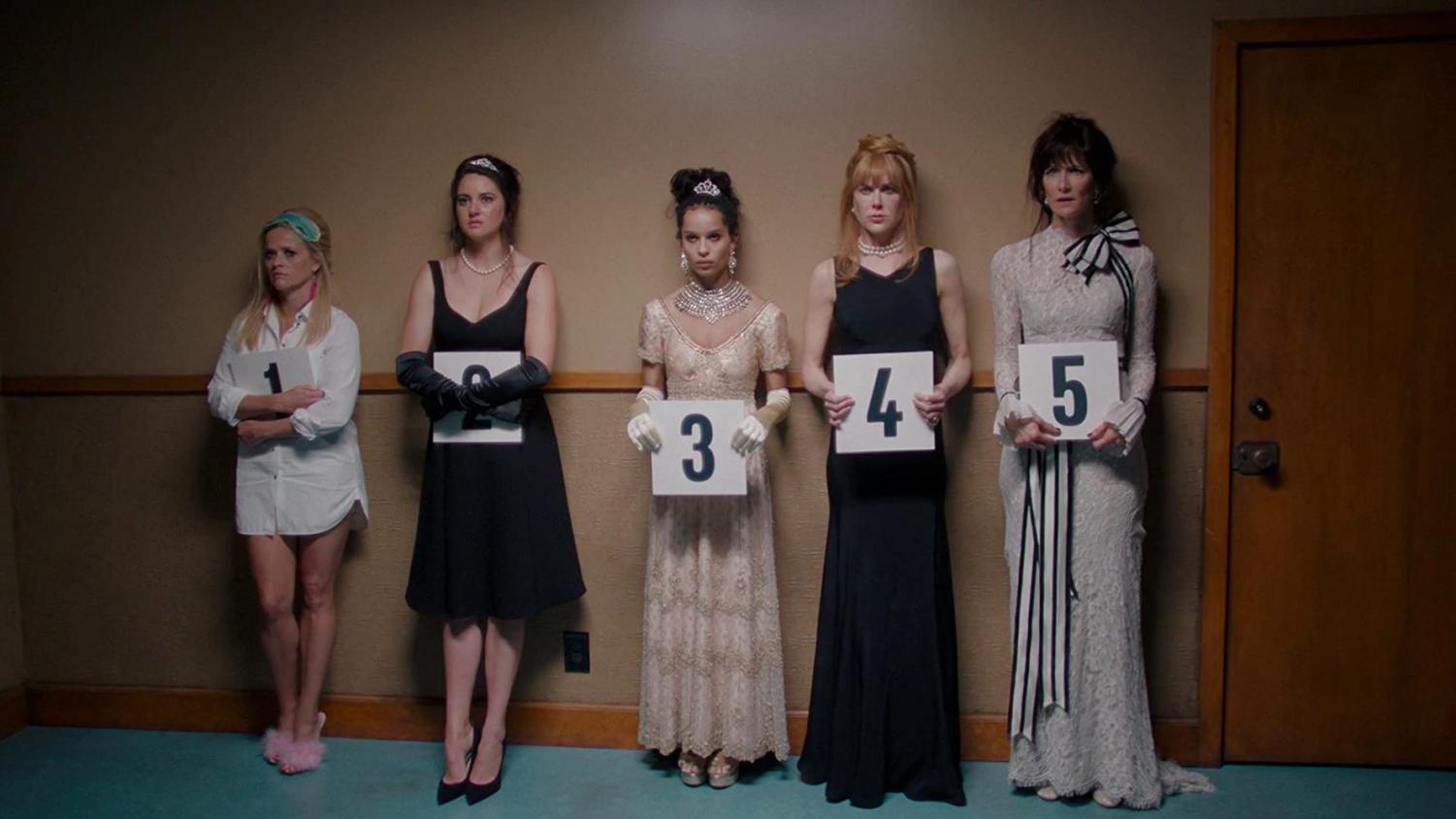 I wish I could say I picked this show initially because I read the book by Liane Moriarty which is what it’s based off of–but truth be told I was in it for the cast. “Big Little Lies” constructs a grim comedic plot of murder and revenge in a quiet yet aesthetically pleasing beachfront town of Monterey, California. Conniving mothers, gossipy teachers, witty children – the show has all of the fixes to construct a typical small town society writhed with secrets, drama, lies, complexities of broken relationships whether it be of spouses, children and parents, or friends.

In my opinion, the cast couldn’t have been more carefully picked. You find yourself confused on who to love or who to hate as the plot unfolds and secrets are unleashed and the character development doesn’t cease to surprise you. There’s the upbeat, know-it-all mamabear,  Madeline Martha Mackenzie (Reese Witherspoon). As if her name doesn’t say it all about her character, she’s the helicopter mom with the community theatre side gig, which of course is married to Adam Scott–well at least his character Ed Mackenzie. Shailene Woodley portrays Jane Chapman, the single mother who is initially perceived as an outsider to the other moms in Monterey. There’s also Celeste Wright (Nicole Kidman), a lawyer turned stay-at-home mom who – to the other moms in the community –is too old to be that hot and heavy with her handsome and much younger husband. Bonnie Carlson is portrayed by the one and only Zoe Kravitz, the young, empowering peaceful yogi married to Madeline’s ex-husband. I have always appreciated Laura Dern for her roles in the past, but here I’m loving her as she plays the stern bosswoman, who will do anything to protect her daughter and her social standing in elementary school.

If all of those female icons weren’t enough for you, Meryl Streep pays a visit in season two as Celeste’s mother-in-law Mary Louise Wright.

The series explores society’s figmental imaginations around the flawlessness and glamor of marriages, sex and parenting. It encapsulates the old saying of “You never know what happens behind closed doors.” It delves into sensitive and touchy subjects like sexual violence, domestic abuse, marital rape, affairs and death. It’s a new spin on the typical American drama but it’s fathomless, yet still a delicate, realistic portrayal of trauma and heartbreak.

There’s two seasons, seven episodes each on HBO Go, which comes free with your enrollment at DePaul and can also be streamed on Hulu. It’s thrilling, captivating, it’ll sometimes make you smirk, and a lot of times make you cringe and tear up. If you’re into shows with A-list female icons, an astounding soundtrack, and murder mysteries, then “Big Little Lies” will leave you glued to the screen with a dent in your cushion, asking yourself “did she really just do that?” . 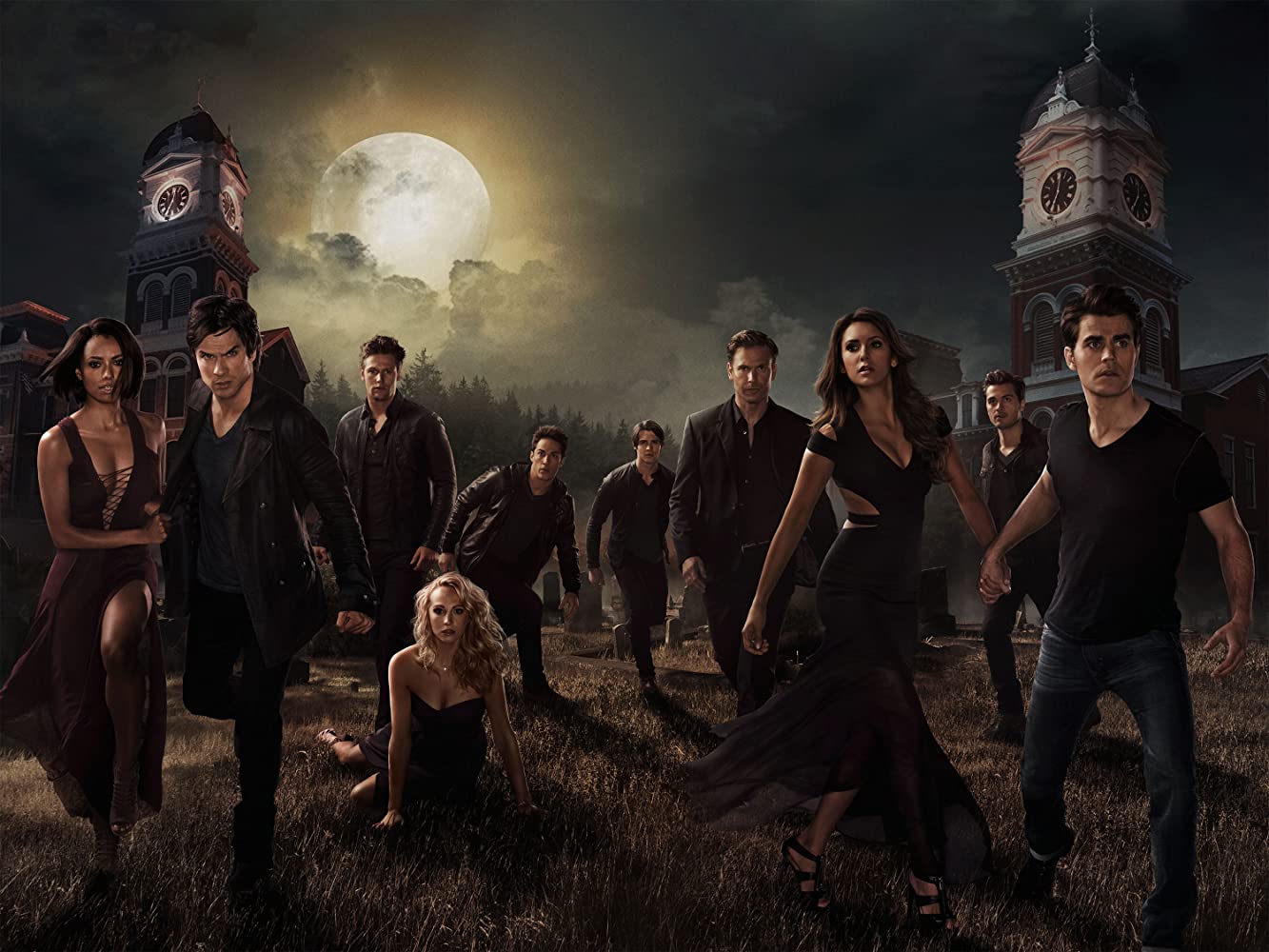 If the excessive amount of Tik Toks made for this show hasn’t made you check it out, maybe this will. The phrase “supernatural teen drama” isn’t quite appealing nor does it do any justice to serve the entirety of the plot–the plot being the lives, losses, and supernatural hysteria in the town of Mystic Falls. The show was developed by Kevin Williamson and Julie Plec and premiered on CW in 2009, based off of the book series written by L. J. Smith. There are way too many characters to list off, but many viewers will find themselves attached mostly to the love triangle amongst Elena Gilbert (Nina Dobrev), Stefan Salvatore (Paul Wesley) and Damon Salvatore (Ian Somerhalder) –and yes, they are brothers. If love triangles or high school drama don’t suit your interests, it’s packed with action and climax: stakes driven through the body, and the literal representation of seeing hearts get ripped out of chests, but  still teen-friendly.

The series introduces the audience to a wide range of supernatural creatures, vampires of course. but not those weird, pale, “Twilight” ones. It incorporates the more well-known supernaturals like werewolves, witches and ghosts, as well as the obscure ones like sirens, doppelgängers, psychics and hybrids. If you’re into history it alludes to the Civil War, ancient Roman times and mythology, the Salem Witch Trials, and covens. There’s a lot of supernatural characters and history intertwined into one series. But with the complexities of life and death, heaven and hell, alternate dimensions, and of course the love triangles (can’t forget those). It elaborately infuses so many plots, backstories and antagonists together in a way that it is tremendously easy to forget which episode of what season you’re on. You will probably find yourself looking up how to grow vervain or maybe researching the mythical folklore of your local area.

Like every good show will, it’ll have you picking sides, shedding tears, fantasizing about having some sort of mystical capabilities and crushing on merely every character, even the evil ones. In its jumbled mess of young love and supernatural entities, it’ll help distract you from everyday topics like school, work, and dare I say the coronavirus pandemic. And when you’re finished with the series, you’ll have a fandom waiting for you on the other side.

With eight seasons and over 170 episodes on Netflix, “The Vampire Diaries” ended in 2017, but recent rumors say that there will be a season nine in 2021. If eight seasons isn’t enough, the series has two spin-offs, “The Originals” and “Legacies,” each with some returning characters from the original series.