OPINION: The pandemic will shift how we view freedom 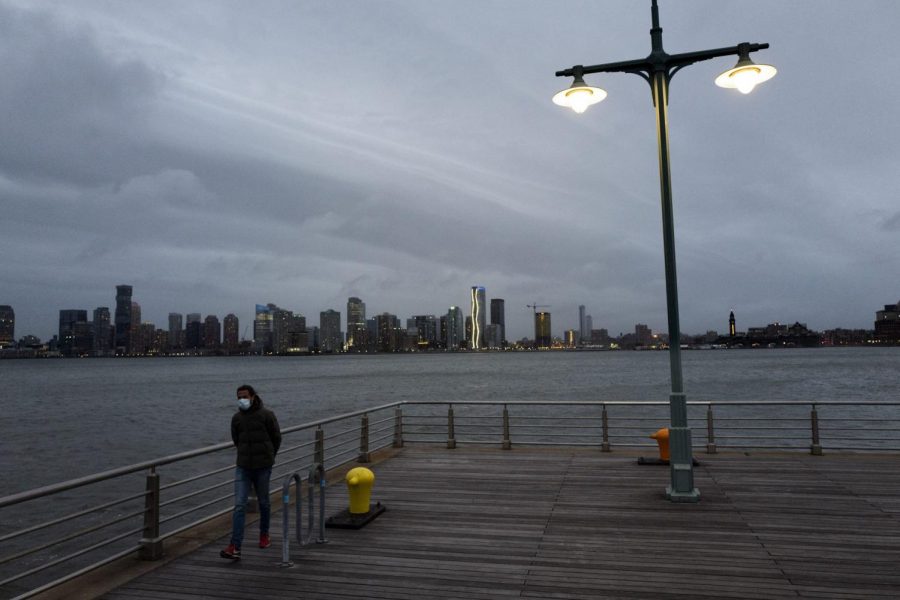 As I gaze out my window, I don’t recognize where I am. The streets are close to desolate with only a few brave souls taking in doses of fresh air. All you can hear is the wind howl along with some distant sirens. This is New York City amid a pandemic, a city that was once a renown symbol of liberty.

Every town across the U.S. is a little quieter than usual. As we are restricted from our normal routines, we are also deprived from some of the freedoms we once knew. The Covid-19 pandemic has struck us from activities like socializing, working with others and traveling with minimal limitations, among other things. Even though we are trapped in dire circumstances, this is also a time to reflect on what we once had, as there will be significant changes.

“I am now grateful for things I never truly considered before,” said Kayla Holliday, an incoming DePaul freshman from California.

“The ability to go to work, the ability to call my friends, the ability to go outdoors and experience nature, were all things I took for granted, that are now my saving grace,” she said. “And though it may feel as though waiting out the situation is an arduous duty, there is always a silver lining.”

These freedoms Holliday listed are now being seen with a fresh perspective. As these were considered parts of our daily routines, it was something we didn’t expect to be taken away so quickly. Even though states are now in the process of reopening and others are making plans, the normalcy we had before won’t be the same.

As someone who wants to travel for their career, this has started to make me consider what precautions I would have to do so for it to be done in a safe manner. From reading how Greece is implementing measures for safe tourism, it allowed me to examine how experiencing culture will change. As places begin to get more regulated, so will how we enjoy activities that were once widely available to us. This will also shift the way we interact with others.

“I think in the interests of maintaining the nation’s health we may see the end – or a significant curtailing – of things like handshaking,” said Jay Baglia, an associate professor of health communication and communication studies at DePaul University.

However, the coronavirus has come at the start of the decade where all eyes have already turned to the U.S. Even though the American elections are now a second thought, the world is eager to see how freedom could be restored and which candidate would be the one who brings it forward.

“We are no longer the epitome of freedom and democracy we were only a few short years ago,” Baglia said.

Countries all over the world are in lockdown and have been advised to follow the guidelines of the World Health Organization. Yet, depending where you are, there will be different policies.

Peggy Tsai is a graduate student at DePaul, who is originally from Taiwan. She returned to her home country at the beginning of the month and has noticed some stark differences between how Taiwan and the U.S are handling the pandemic.

“No city in Taiwan is [in] lockdown and we are free to travel within the country,” Tsai said, “A lot of people still go to work and hang out with friends and family. Theaters, restaurants, shopping malls and bars remain open.”

However, regardless of a pandemic, Tsai said that most of the population in Taiwan would wear a mask for protection, whereas in the U.S. they would only be normally worn in a medical setting.

When the coronavirus struck Taiwan in January, they started suspending flights and monitoring those who would enter the country. People with Taiwanese passports were only allowed entry and whoever was granted access had to be tracked for two weeks through an online system. Restaurants and public places also provided rubbing alcohol and hand sanitizer early on to prevent another outbreak like they endured with SARS.

“We learned our lesson in a hard way,” Tsai said.

Even though restrictions have eased in Taiwan, Tsai’s perception of freedom has changed. Before the quarantine hit, her life revolved around travel, going to the gym and getting together with friends. Now, it looks a little different.

“Now when I think about freedom, I will also consider others’ health before I make a move because I now learn to appreciate and to be more considerate,” she said. “Freedom does not come without consequence.”

However, Tsai is not alone in thinking this way. Natalie Walsher is a junior at DePaul and sees freedom as being more complex.

“At first, people aren’t going to be taking everything for granted,” Walsher said. “Whether that feeling will slowly turn back to ‘normal’, time could only tell.”

Time will only tell whether doing the activities we did in the past will still be permissible. As someone who enjoys going to concerts, I’m unsure of whether events like these will be viewed in the same light. From what I’ve heard from family friends, many will be rethinking going to concerts or similar large-scale events for at least until the end of the year. However, others are itching to go once restrictions are lifted.

Yet, at the moment, I’m unsure of how my actions will change post-quarantine. I constantly get text messages from my friends back in Chicago saying that once this is over, that we should go to brunch. As exciting as the proposition is, it’s also conflicting.

Our experiences will change as we go to restaurants as there will be a fear of being in crowded public spaces and eating food from unknown sources. However, this wouldn’t stop me from going. Restaurants along with other small businesses have already suffered tremendously due to the pandemic and will have to take in new precautions if they reopen.

Even though large events will be restricted, it will be hard to maintain distance from friends and loved ones once the quarantine is over. There will be a realization of who is truly important and worth seeing. Gatherings may be rethought, but spending time with those who matter most won’t be in question.

I’m also curious to see how leisure and entertainment businesses will fare in the future. Places like game stores and tattoo parlors could either see a sharp increase or decrease in business as attitudes have changed. However, once these stores have been open for a while, their visitation rates could go back to what they once were. Yet stores like Gamestop could still be facing repercussions as it initially vouched to stay open as an essential business during the pandemic.

For now, I’m content in a quieter New York City. By everyone doing their part in practicing social distancing, the world’s future could come back stronger than ever, as a new sense of freedom will arise.