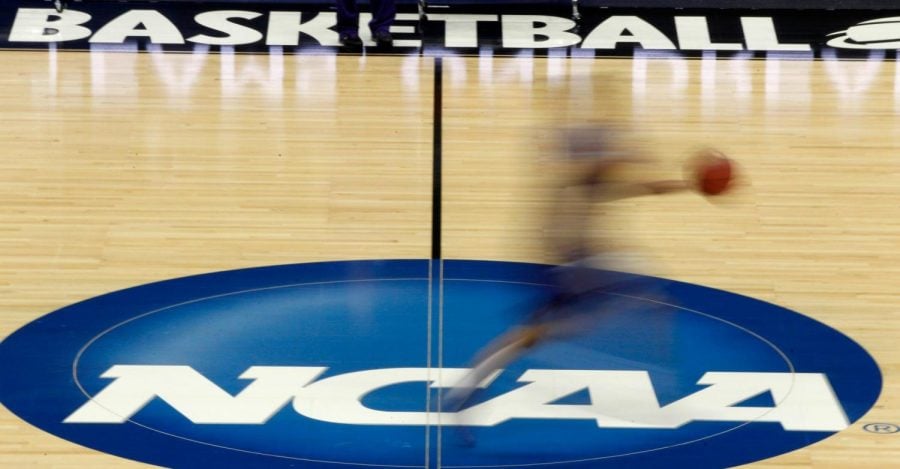 In this March 14, 2012, file photo, a player runs across the NCAA logo during practice in Pittsburgh.

The NCAA has made its next step in allowing student-athletes to profit off of their name, image and likeness. On Wednesday , the board of governors supported a rule change that would grant student-athletes the opportunity to receive compensation from third-party commercial entities.

Through endorsements, social media, businesses the player starts and appearances, players would be allowed to make money through NCAA guidelines. This follows the decision in October of 2019 that moved the NCAA towards the enhancement of name, image and likeness profit rules.

If it comes into fruition, student-athletes would be able to appear and identify themselves based on their sport and school, but without using school and conference logos in marketing. The NCAA made it clear that “at no point should a university or college pay student-athletes for name, image and likeness activities.”

“Throughout our efforts to enhance support for college athletes, the NCAA has relied upon considerable feedback from and the engagement of our members, including numerous student-athletes, from all three divisions,” said Michael V. Drake, chair of the board and president of Ohio State. “Allowing promotions and third-party endorsements is uncharted territory.”

Each of the three NCAA divisions is set to develop their own rules and regulations for name, image and likeness compensation by January of 2021 in order for the rules to go in place by the start of the 2021-22 academic year.

Some of the parameters to student-athletes opportunities include no activities that would be considered pay for play, no school or conference involvement, no use in recruiting by schools or boosters and regulation of agents and advisors.

“This has been and will continue to be a monumental undertaking,” DePaul athletic director Jean Lenti Ponsetto said in a statement. “The initial good news for our student-athletes (when the legislation goes into effect) to now be able use their name, image and likeness (without an NCAA waiver) to create, author, design and build their own work product and bring that product to the marketplace as entrepreneurs is the right companion to their college educational experience.”

Lenti Ponsetto understands the challenge that comes with implementing potential rules like this.

“The details on determining market value and the implementations on how student-athletes are able to monetize their social media accounts as influencers along with the other components in this category and the corporate sponsorship category, remains very challenging on many levels,” she said.“As administrators and educators, we recognize there will be a dynamic that we and especially our coaches will have to manage among our teams when the elite student-athlete benefits significantly in the market place and others that are arguably contributing to that success do not. In the end, we’ll get to the right place on NIL because our presidents, administrators and coaches are all committed to preserving the student-athlete experience — the value of being on a team, working together toward common goals, and creating relationships and memories that last a lifetime.”

The NCAA has made steps recently to possibly allow student-athletes to profit off their name, image and likeness after pushes from prominent athletes and state legislatures. Last September, California Gov. Gavin Newsom signed the Fair Pay to Play Act, revitalizing a national discussion. Other states, including Illinois and Ohio, pushed similar bills in state legislation.

Yet even with those laws being potentially put into place in those states, the NCAA would have to change its own rules or institutions in those states would be in violation of NCAA regulations. The NCAA has finally begun to make steps towards name, image and likeness compensation with their recent support of the rule change.

Over the summer, the divisions will draft up their own rules and regulations to be finalized on Nov. 1, 2020, with final voting and legislation passed on Jan. 31, 2021. This all comes after NCAA president Mark Emmert called the act an “existential threat” just days before it was signed in California.

Lenti Ponsetto was in favor of some of the possible name, image and likeness rules back in November.

“I’m a believer that in that if you’re a student-athlete and you go to the DePaul CDM program, and you develop a video game like your other classmates who are going to be compensated or paid for that, you should be entitled to receive remuneration for that,” Lenti Ponsetto said in an interview with The DePaulia in November.

DePaul economics professor Robert Kallen notes that despite the committee coming to action, there is still no federal government backing.

“[The committee] is not going to stop the need for federal action on this,” he said. “It would be better if it was supported by federal guidelines.”

All three divisions will need to find mandated rules by November to keep the NCAA’s current wanted pace.