COMMENTARY: New NCAA recommendations for NIL don’t mean anything until real plan is in place 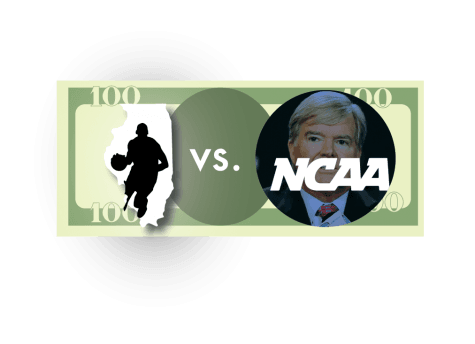 On Wednesday, the NCAA admitted they are a bunch of hypocrites when it comes to student-athletes making money based on their name, image and likeness (NIL).

During a media call, the NCAA announced that its Board of Governors supported rule changes to allow student-athletes to make money from third-party endorsements both related and separate from athletics, with certain “guardrails” to protect the school and the student-athlete. This is a step back from the position the NCAA has held for its entire existence: student-athletes would never get paid money by their school or a third-party.

It is important to note that these are only recommendations and nothing has been set in stone as of right now. But the NCAA did announce that the three divisions will now work to create their own rules and regulations by January of 2021, when the NCAA will then adopt the new rules to go into effect by the start of the 2021-22 academic year.

Congratulations to the NCAA for being late to the party on this issue and admitting what everyone has been saying for a long time now: student-athletes should be able to profit off their name, image and likeness while in college. Every other college student has been free to do as they please, while the student-athletes have been under the NCAA’s rule since March 31, 1906, when the organization came into power.

Well, that seems to be changing now and the NCAA is acting like they deserve an ounce of credit for finally having the athletes’ back. They don’t get any credit.

Since its existence, the NCAA has been prohibiting athletes from receiving any compensation, all in the defense of “amateurism,” which president Mark Emmert has publicly and under oath argued to be of utter importance to college athletics.

So what changed? Did the NCAA finally come to its senses one day and decide to come up with a plan that would allow student-athletes to make money off their name, image and likeness?

No, they didn’t. They were forced to do this by several state governments signing NIL laws, and mounting pressure from the federal government to the NCAA to modernize its rules. California and Florida lawmakers recently approved NIL bills, and the federal government has been flirting with the idea of passing similar legislation. Before California passed its Fair Pay to Play Act, Emmert called the act an “existential threat” to the model of college athletics.

Since taking his job in November of 2010, Emmert has repeatedly professed that compensation to student-athletes, including endorsement deals, would never happen while he is president. The NCAA has also spent millions of dollars dealing with this issue in front of judges and Congress, telling both sides that paying student-athletes is against the NCAA model.

And, for what? Instead of being the trailblazers on this issue, the NCAA has been forced to play catch-up while a number of states have already approached this topic head-on. Now, the NCAA is offering recommendations, not a coherent plan, on how they want NIL to work in the future.

“The initial good news for our student-athletes (when the legislation goes into effect) to now be able use their name, image and likeness (without an NCAA waiver) to create, author, design and build their own work product and bring that product to the marketplace as entrepreneurs is the right companion to their college educational experience,” DePaul athletics director Jean Lenti Ponsetto told The DePaulia in a statement.

Now comes the hard part of implementing these recommendations into a plan that benefits the student-athletes. Actually, it shouldn’t be that hard because the easiest and best solution is to have no restrictions on what athletes can earn and accept. But during a media call on Wednesday, the NCAA talked about having “guardrails” that could limit who can get involved and what is deemed fair market value.

“It’s a long, overdue of coming, but don’t be fooled,” said Robert Kallen, an economics professor at DePaul University. “Just because they have a committee, doesn’t mean it’s a done deal. I’m concerned, and the NCAA has kind of admitted it, they really need federal government action on this. A nice little step, but it’s not going to stop the need for federal legislation regarding this.”

Emmert did call for federal government help on Wednesday regarding the NIL debate, as the NCAA is receiving bipartisan pressure from state governments to allow compensation for student-athletes. Part of that is also the NCAA hoping Congress protects them against possible NIL lawsuits filed in the future.

Here’s an easy solution: have no restrictions in place on who can offer endorsement deals, how much the athlete can accept and whether an endorsement deal is of fair market value. If the NCAA wants to prohibit athletes from endorsing their school’s logo and brand, that’s fine. But everything else is fair game, including the involvement of boosters offering an athlete a chance to endorse their local car dealership.

“The details on determining market value and the implementations on how student-athletes are able to monetize their social media accounts as influencers along with the other components in this category and the corporate sponsorship category, remains very challenging on many levels,” Lenti Ponsetto told The DePaulia. “As administrators and educators, we recognize there will be a dynamic that we and especially our coaches will have to manage among our teams when the elite student-athlete benefits significantly in the market place and others that are arguably contributing to that success do not. In the end, we’ll get to the right place on NIL because our presidents, administrators and coaches are all committed to preserving the student-athlete experience – the value of being on a team, working together toward common goals, and creating relationships and memories that last a lifetime.”

Lenti Ponsetto says that eventually we will get to the “right place on NIL,” but should we trust the NCAA to make sure everything goes smoothly from now until January?  What happens if the NCAA doesn’t receive federal government help and is forced to dive into this new reality all by themselves?

We currently live in a world where nothing is guaranteed the next day because of the COVID-19 pandemic, and now, we are supposed to trust the NCAA to make the right decisions for the student-athletes that bring them millions of dollars each year.

“I’ve not seen any previous action from the NCAA that would give me any indication that the present action will meet the needs [of the student-athletes],” Kallen said.

And that’s why the NCAA has not earned any credit for simply announcing recommendations, something they could and should have done a long time ago. Until there’s something real set in place, trust in the NCAA will continue to remain low.