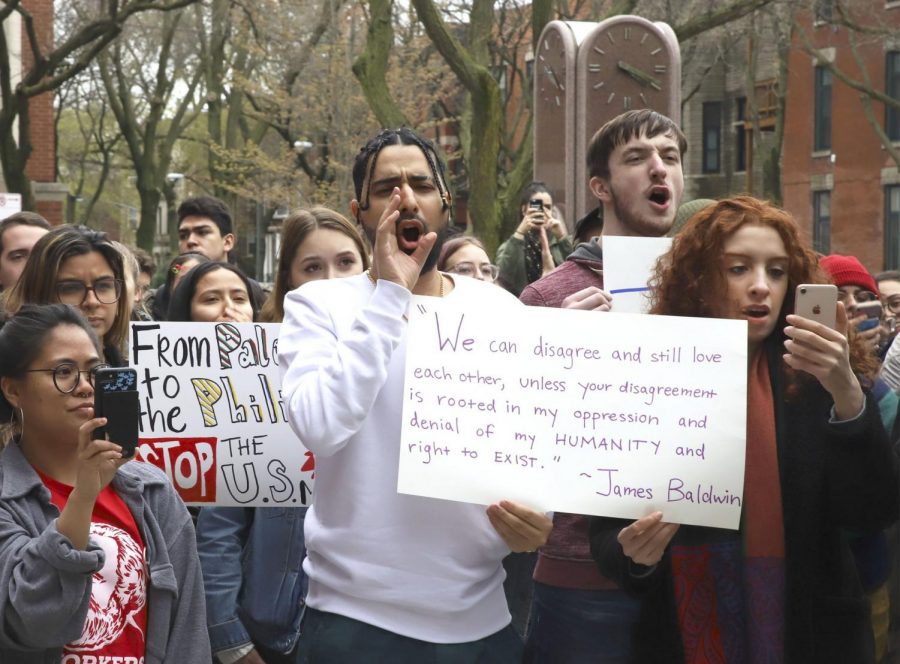 Students protest Professor Jason Hill in May 2019 in response to his controversial statements on Palestine.

Editor’s Note: This submission does not necessarily reflect the opinions of the DePaulia staff.

As of April 20th, 2020, philosophy professor Jason D. Hill filed a lawsuit against DePaul University on multiple counts. We began this coalition last April of 2019 in order to expose Professor Hill’s racist, bigoted, homophobic and xenophobic rhetoric. His reckless and violent speech threatens the safety of minority groups at DePaul and creates a hostile environment.

The coalition successfully gathered campus-wide and national support in condemning Professor Hill’s hateful rhetoric and reaffirming the Vincentian mission DePaul upholds. However, since April 2019, Hill has continued to incite violence in numerous articles and has justified it under the guise of “free speech.”

Professor Hill’s lack of respect for students at DePaul continues in the form of this new lawsuit. As students grapple with financial instability and Chartwells workers are going unpaid, Professor Hill has chosen to exploit the university and its resources by demanding a cash settlement. This lawsuit only takes away funds that DePaul could use to pay faculty and staff and provide emergency relief for students. The decision to act on a lawsuit is selfish and irresponsible.

We would like to reaffirm our commitment to standing against hate and racism on campus, and reassert our previous demands of racial sensitivity training for faculty and accessible resources for students to report discrimination in the classroom. We stand in solidarity with all students, staff, and faculty working at this difficult and vulnerable time, and demand that DePaul prioritize workers and students most impacted by the shutdown, not payouts to frivolous lawsuits. We hope that Professor Hill and the administration share these priorities.