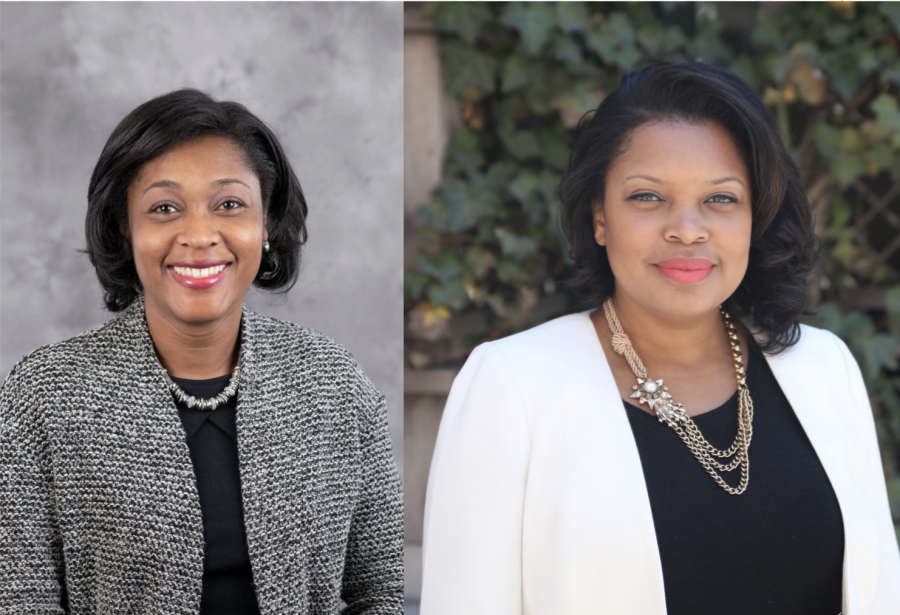 Two new deans, both African-American women, have been appointed to DePaul’s administration.

There are ten deans at DePaul in total, most of whom are white, for each of the university’s ten colleges. Three of the ten are acting or interim deans, and two of those spots will be filled by the new hires — Stephanie Dance-Barnes and Tatum Thomas.

Dance-Barnes, an expert in cancer biology and toxicology, will serve as the next dean for DePaul’s College of Science and Health.

She was the first African American female to receive her doctorate from Wake Forest University School of Medicine in the area of cancer biology and toxicology. Since then, she has received multiple research grants and fellowships for her work improving targeted cancer therapies, according to a press release.

She will be leaving her role as interim associate provost and dean at Winston Salem State University, where she oversees an academic unit that provides tools to students, like advising, support services, the STEM Learning Center, the Testing and Assessment Center and the first-year writing program, the release said. She also teaches cell and molecular biology there.

In addition to her academic roles, Dance-Barnes is an advocate for women in STEM. She created the Women in Science Program at WSSU in 2011. The program received an award from Insight into Diversity Magazine in 2018. Dance-Barnes also received an individual award from the magazine for inspiring leadership in STEM.

“My core values align with DePaul’s mission,” she said in the release. “I look forward to working with the faculty and staff in the College of Science and Health to continue to promote DePaul’s growth, development, innovative transformation and successes.”

Dance-Barnes was not available to be interviewed for this story, but said she will speak to The DePaulia in July, once she gets on campus. She will be taking the place of Dorothy Kozlowski, who has served as interim dean of the CSH since 2018.

Thomas, a leader in lifelong learning, will serve as the next dean for the School of Continuing and Professional Studies.

Thomas also served as the director of academic services at New York University’s School of Professional Studies where she and her team led key initiatives and programs in collaboration with department chairs and faculty to manage academic portfolios and launch new programs.

“I appreciate the caliber of DePaul’s faculty and their highly visible commitment to lifelong learning and scholarship,” Thomas said. “I’m privileged to serve in this community.”

Thomas will take the place of DePaul alumnus and adult education scholar Don Opitz, who has served as interim dean for DePaul’s School of Continuing and Professional Studies since July 2018.

Both women will start in their new positions on July 1.