Dave Corzine reflects on time with Bulls, Jordan in the 1980s 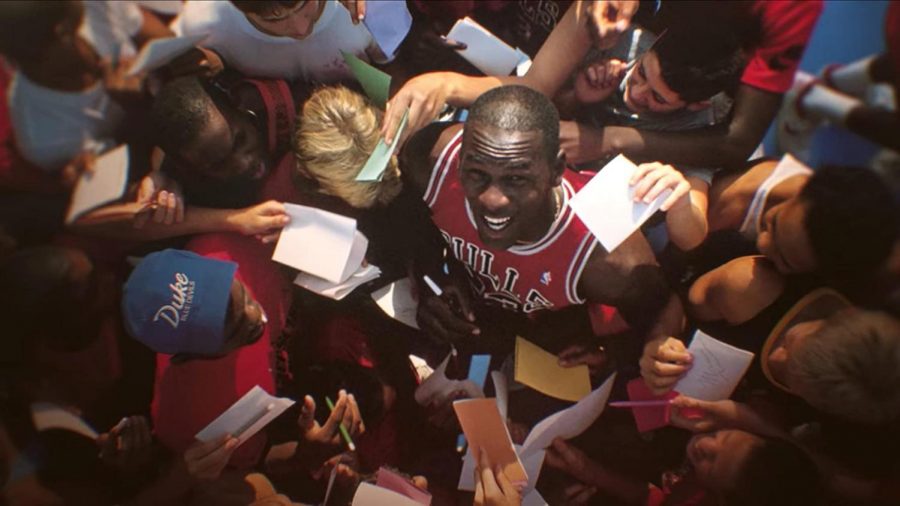 The “Last Dance” documentary on ESPN, a 10-part series chronicling the Chicago Bulls’ last championship run in 1998, has given old and new basketball fans an inside look into the Bulls’ dynasty and what ultimately happened during the 1998 season.

Dave Corzine, who played with the Bulls from 1982-89, was part of the team when they were still building to their ultimate destination — a championship. The Illinois native played at DePaul from 1974-78 before being taken with the 18th pick in the 1978 NBA Draft by the Washington Bullets. Corzine is now the color analyst on the radio for DePaul men’s basketball games, and still has the most career rebounds in program history and is fourth all-time in the scoring department.

After spending two years with the Bullets and then another two with the San Antonio Spurs, Corzine came to the Bulls and started 285 out of 556 games he played for the team. But the direction of the organization changed in 1984 when the Bulls selected a kid from North Carolina University with the third overall pick in the NBA Draft — Jordan.

“The team was going through a transition period, they had some great teams in the 1970s with [Jerry] Sloan, [Norm] Van Leer, [Bob] Love,” Corzine said. “I got there two years before Michael was drafted, and kind of searching for answers at that point, with people coming in and out. Then, we drafted Michael with the third pick and as he was coming in we knew we were getting a good player.

“At first, like any other rookie, he just tried to come in and prove himself, establish himself within the team. He came in for training camp his rookie year, as with any team, there was competition for all the spots. At that point, he was a high draft choice that earned his spot on the team.”

In Jordan’s second year, 1985-86, he broke his foot and was forced to miss 64 games. The documentary showed Jordan defying doctors and the organization’s order to rehab in Chicago, and instead, Jordan went back to North Carolina and began training for a return later in the season. When he returned to Chicago, Jordan was adamant to play again that season while the front office wanted him to sit out the rest of the season.

The two sides agreed to a 14-minute restriction per game, even though Jordan wanted to play more minutes to help the Bulls reach the playoffs. After finishing 30-52 and locking up the eight seed, the Bulls met the Boston Celtics in the first round, where Jordan dropped a playoff-record 63 points in game two. The Celtics, however, still managed to sweep the Bulls in three games.

“In his second year, [Jordan] broke his foot and missed most of the season, and had to come back under restricted minutes — which was a crazy thing because we really had to track his minutes down to the second he got on the floor,” Corzine said. “The controversy between basically Michael and the front office playing that year was a big issue, and he came back for the playoffs and had that historic game against Boston.”

When Corzine entered the NBA in 1978, the league was still growing its fan base around the country. But he points out that when Larry Bird and Magic Johnson joined the league, that’s when the game started becoming more popular, and then Jordan helped take the support already generated to another level.

“Larry Bird and Magic Johnson escorted the game to a much higher level than it had been,” Corzine said. “When Michael came in, he magnified that. Before Michael, nobody really paid attention to those who came into town. But as Michael’s fame grew, the crowds getting bigger and bigger — they had to have security getting him out of hotels. So, I think being part of that era and seeing Michael’s fame and fortune grow is an interesting experience for me.”

As Jordan’s fame grew in the league, he started becoming the vocal and emotional leader of the Bulls in their quest for a championship. In “The Last Dance,” the documentary spends some time focusing on Jordan’s leadership and the narrative surrounding how he treated his teammates.

Corzine, who has only been able to watch the first couple of episodes and has seen some clips of the documentary, takes issue with the idea that Jordan was a bad or an abusive teammate.

“I disagree with the way he’s being portrayed as kind of a hard teammate to get along with, or that he was abusive to other players and things like that,” Corzine said. “I don’t see that part of Michael at all. From the clips I’ve seen of Michael joking with other guys, the context was supposed to show that Michael was a hard guy to get along with. I think that’s completely not true, I found Michael to be a competitive guy. I think you are going to find if you are talking to guys in the NBA are pretty competitive guys. But the difference was that Michael was able to back it up.”

While taking issue with how the documentary has portrayed Jordan as a teammate, Corzine also disagrees with the way former Bulls general manager Jerry Krause has been shown and talked about during the 10-part series.

“I know from watching the first few episodes of the documentary that, apparently, a lot of that acrimony started over Michael’s playing time during his second year where he wanted to come back and play,” Corzine said. “I can see both sides of that argument, I don’t have a problem with either side of the argument. I went through there five years with Michael and Jerry both being on the team. If Michael joked around with Jerry, I don’t know that Jerry appreciated that all the time, but I don’t know if they really disliked each other.

“They won six championships with Jerry there as the general manager — he got booed about every time they announced the team. You look at that dynasty they had — Michael and Scottie Pippen are two of the greatest players in the game — but I think they were the only two guys that were there from the beginning of the first championship to the end of the sixth championship. I assume Jerry Krause was making the decisions in filling the other roles, you can say anyone could have done that, but someone had to do it.”

Krause, who was the Bulls’ general manager from 1985-2003, also took heat for saying before the 1998 season that it would be Jackson’s last year with the team. The Bulls would go on to win the championship that season, giving them their second 3-peat of the decade. After the season, however, Jackson did not return and Jordan retired for the second time on January 13, 1999.

As for who is the best basketball player ever, Corzine gives the nod to Jordan for two reasons: pure athleticism and basketball beauty.

“For me, as his teammate, I would say Michael is the best of all-time,” Corzine said. “I would say Kobe Bryant was as close as anyone is going to be Michael Jordan. LeBron [James] is a tough guy to make comparisons to because I think he’s unique in that he’s physically dominant on top of the skills he has. I don’t know if there’s another player who has the skills LeBron has and his size and strength, he can just overpower people. But as far as just pure athleticism and basketball beauty, I don’t think anyone is better than Michael Jordan.”