The iconic films of Chicago 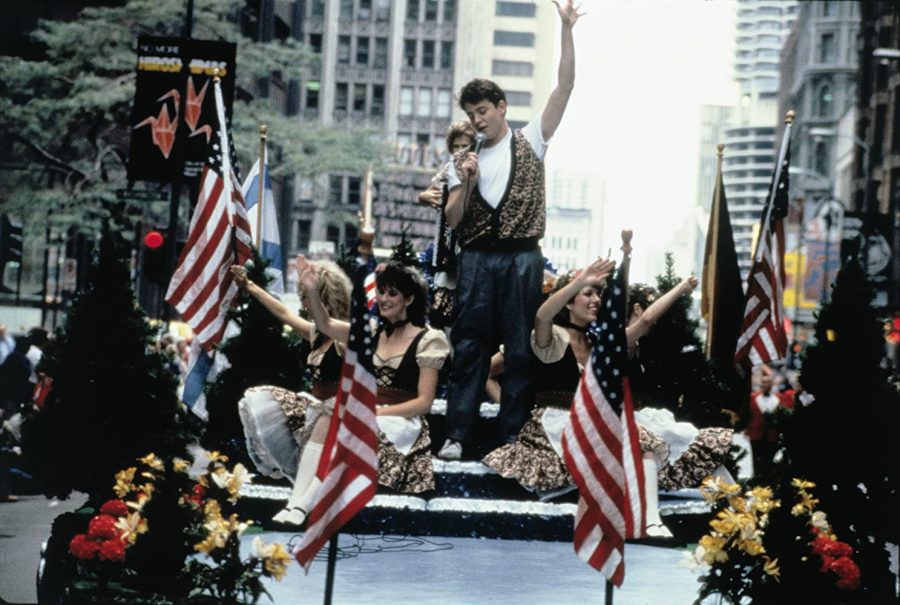 From 1896’s “The Tramp and the Dog” to 2019’s “I Used To Go Here” and everything in between, Chicago is a filmmaker’s dream and has been the home of several iconic movies.

Whether big Hollywood blockbusters or small independent films, Chicago has cemented a place in the hearts and minds of cinephiles. Given what the city can offer, it should come as no surprise.

Chicago has not only served as the backdrop for movies but it even comes to define certain genres. One of those is, of course, gangster movies.

“Of course, ‘The Untouchables,’ was just incredibly influential in how I saw the city,” said Jeffrey Spitz, a film historian and associate professor at Columbia College. “What I realized was the city’s been shown in the context of gangster movies since the early 30s and what gangster movies are, really was born here in Chicago with ‘Scarface’.”

“Public Enemy” was another gangster-style film that built upon that genre — the concept of greed and political corruption makes for entertaining storytelling. And, unfortunately at times, it can be an accurate portrayal of the city.

“Hollywood needs to be able to shorthand symbols,” Spitz said. “Ideas like corruption. Ideas like danger. Ideas like violence. And so people started to recognize Chicago’s iconic architecture and ways that it can be lit so that it has a sinister aspect to it and so that it creates shadows for underworld characters.”

That is certainly one aspect that Chicago can contribute, but it’s just that. One aspect. When asking people for some of their favorite movies shot in Chicago, it’s a mix spanning across various genres.

Other films included the likes of “The Dark Knight,” ‘Blues Brothers,” “Stranger Than Fiction,” “Southside With You,” along with others ranging from comedies to action to documentaries proving that Chicago attracts a wide array of filmmakers and isn’t typecast as only one thing.

“I think the legendary architecture (Wacker Drive, the skyline, the ‘L’) as well as the diversity; such as shooting a middle class show like “Shameless” on the south side and a high class show like “Empire” in the city is a huge reason why Chicago is so attractive,” said Francisco Zamudio, a freelance videographer. “The shooting incentives also don’t hurt.”

Illinois offers a 30 percent transferable tax credits for qualified production which has played a part in the increase of films and shows shot in the city. It created 13,000 jobs in 2018, up from 5,000 in 2011 according to an article from Block Club Chicago.

Chicago has the ability to serve as a backdrop for any type of movie. It can go from being a gritty place in “The Dark Knight” to a light, fun place in “Ferris Bueller’s Day Off” with shots of downtown and iconic places like Wrigley Field.

“The city is very shooter friendly in that you can point your camera in any direction and it’s going to look good,” Zamudio said. “Now you get a cinematographer like Wally Pfitzer and boom, you get something like “The Dark Knight” which showcases the beauty and grime of the city.”

One critique of Los Angeles is that weather-wise, nothing happens there. Talking to people from Chicago, that’s not the case. Depending on the season, Chicago can look very different.

“Something that I personally love is how different it can look due to the seasons,” Zamudio said. “In LA, what you see in July is basically what you see in January give or take a few degrees. The same can’t be said about Chicago. The summers are spectacularly hot, falls are a dream with colors and winters are a perfect snowglobe.”

We can rattle off dozens of films shot in Chicago than the ones we already mentioned. We can do that because of the city’s diversity. For the most part, Hollywood has tended to focus on the northside as opposed to the southside. But films like “Barbershop” did a good job in focusing on the southside and telling a story from the point of view from people of color.

“There are other ways to find new portrayals of Chicago’s neighborhoods and the most exciting of all is Open TV (OTV),” Spitz said. “That’s a platform now that’s helping to nurture next generation filmmakers of color and in the LGBTQ, underrepresented communities. And they’re prolific so there are many new web series and the one that helped inspire the genre was ‘Brown Girls’ by Sam Bailey.”

While Hollywood continues its strong presence in Chicago, there are other directors with new platforms using Chicago to tell their stories. To showcase a side of Chicago that may not be usually shown and through a different lens that is too often overlooked. To have that opportunity draws new creators to the city to potentially give a voice to the voiceless and to be able to do so despite not having the resources at your disposal.

Whether people identified Chicago with the slate of John Hughes films or more recent flicks like the Batman movies and everything in between, there is a slice of Chicago for everyone. Some of the fun when watching movies set in your city is identifying landmarks or knowing certain streets or intersections.

With people staying home because of the quarantine, it gives them an opportunity to seek out these movies as well as content from less traditional, but growing platforms. Chicago is more than simply downtown — its skyscrapers and Wrigley Field. It’s a medley of different places and things that can be used to tell a compelling story. All you have to do is search them out