REVIEW: Season opener of “Blindspot” shows that it is on its way out 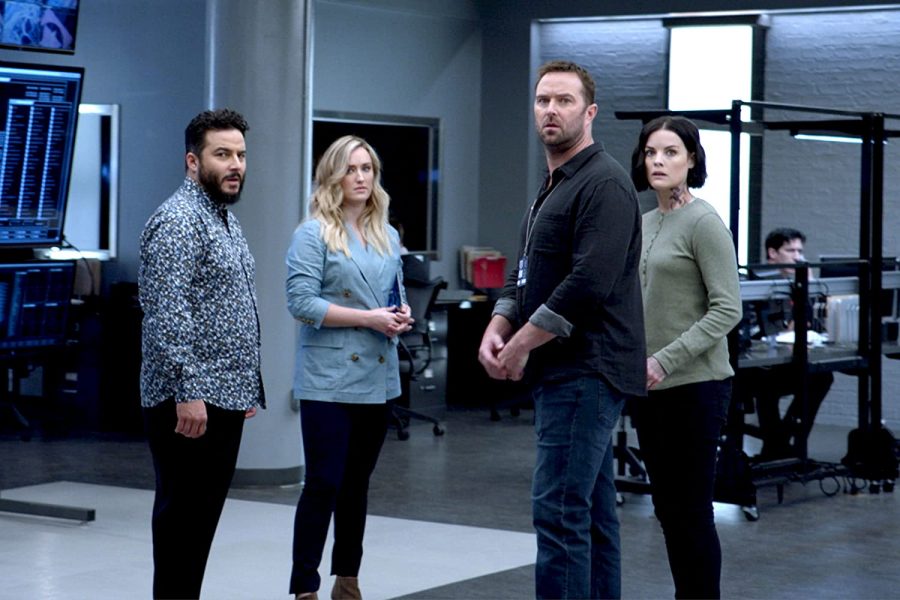 Blindspot’s season opener proves that it has run its course and it is ready to bow out.

The NBC show has been on for four seasons, and the fifth season has been confirmed to be it’s last. “Blindspot” originally premiered in 2015 as another crime drama featuring an FBI team and a tattooed woman with no memory.

During the pilot episode, we are introduced to a woman who is covered in tattoos, crawling out of a duffle bag in the middle of Times Square. One tattoo plasters an FBI agent’s name across the woman’s back. That FBI agent happens to be Kurt Weller, the main protagonist of the show.

With no memory of her past life, Weller and his team, the FBI Critical Incident Response Group (CIRG), discover that her tattoos contain clues to various crimes around the world. In the CIRG would be special agents Edger Reade, Natascha Zapata and Patterson, who is also the head of the FBI Forensic Science Unit.

They name the amnesiac woman Jane Doe as she does not recall her past. As the Hollywood trope proceeds, Doe has flashbacks of her past life that she does not fully understand until much later.

Fast forward through all the international crime, inter-departmental drama and various villains, we are upon season five where we see the CIRG stuck in hiding in a small cottage-like house. Season four ended with the team being framed by a woman named Madeline, who has a personal vendetta with the FBI.

Madeline managed to infiltrate the FBI and ordered a drone strike onto the little cottage house and it blew to shreds as Doe, who went out for the first watch, had to watch in horror. Fast forward by two months and we are in Times Square – just like in the first episode in the first season. Someone hijacks a couple of the billboards to show an image of a hummingbird.

Throughout the episode, the narrative flips between the present day and the day that the cottage house was blown up. In the present day, we see that the team had managed to survive, but we learn how they survived through the flashbacks.

The present day CIRG meet up in a warehouse to solve another “tattoo,” which had been the hummingbird shown in Times Square. The hummingbird happens to be like a hummingbird tattoo on Jane’s neck. Patterson uses the differences between the two to figure out the meaning.

Rich Dotcom is a former computer programmer who became an Internet crime lord. He is the comic relief of the show, the type of character that makes light of everything. He was once someone the CIRG was hunting, but he eventually became a sentimental part of the team.

In between the team meeting in a warehouse about the hummingbird, the various debacles within the FBI office with Madeline, and the flashback to the cottage house, we see the journey of Rich being taken from the FBI office to a place called “The Boat.” We are essentially seeing four mini narratives within this episode.

The CIRG manages to find the meaning of the hummingbird – Rich’s location on “The Boat” – as they bring him to the warehouse. Until this moment, our attention had not brought to the fact that Reade had been absent from the warehouse. A flashback to the cottage house ensues.

It is the typical Hollywood trope where one half of a couple denies their feelings for the other person and it could never work out because of that – until now. As Hollywood always has it, the couple with unspoken love for one another do not fully come around until the last moment. Reade and Zapata finally get together as they realize that there will be no perfect time.

As they are underground, the debris from the blown-up cottage house fell on top of them. The only person that was not able to make it out was Reade – he ended up saving Zapata instead.

As a viewer who has been watching the show for all four seasons, it is heart wrenching to see their love end so tragically and quickly after took so long to get to this point.

Back at the warehouse with the whole CIRG and Rich, Zapata gives a speech that resonates with the show itself. She states, “We can stop, but we won’t. Even if we want to. That’s the worst part.”

She is basically at her wit’s end with the endless cycle of solving a tattoo and then following the crime that surrounds said tattoo. Zapata eventually comes around for one last montage of the CIRG gearing up to take down the next enemy – ironically being the FBI.

Season five serves as the perfect for this show to end its run. The season opener shows a whole different world for everyone as the CIRG is working against the FBI rather than with the FBI. After four seasons of tattoo solving and crime fighting, only so much more can happen.

So many villains have come and gone, so many bad people have turned good. As a religious “Blindspot” viewer, Zapata’s speech runs true with the show and it has run its course.