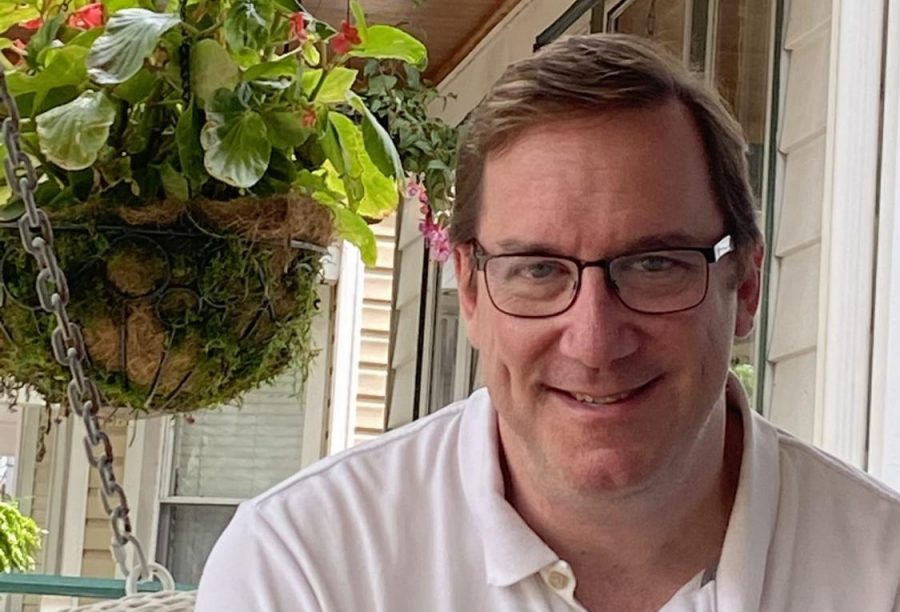 When Illinois’ stay-at-home order was issued in late March, many DePaul students faced a choice: stay put, or avoid being alone and return to their families.

Some Illinoisans, however, didn’t have a choice. Social distancing guidelines forced many of Chicago’s elderly residents to live in isolation — even more than they already had.

“The elderly are vulnerable much of the time, especially during this coronavirus pandemic,” said DePaul Chaplain Tom Judge. “We came up with the idea to ask people from DePaul to send letters and cards — to try to lift their spirits and help them feel a little bit more connected, and at the same time lifting our own, you know?”

The university kicked off Solidarity With Seniors at the beginning of April. Judge said 130 faculty and staff members initially volunteered to write letters to senior citizens. The program has since opened up to students in a limited capacity, and some have already jumped on the opportunity.

Judge said the women’s tennis team reached out recently to sign up for the program. Including students, there are now 200 members of the DePaul community writing to senior citizens.

“I’ve been feeling a little overwhelmed, a little unsure about how spring quarter is going to go online, how are things gonna operate,” said Erin Herrmann, associate director for DePaul’s Writing Center. “But seeing that call from Mission and Ministry, I thought, ‘That’s something I can do.’”

Herrmann has written letters to three different senior citizens through Chicago’s chapter of Little Brothers Friends of the Elderly, a nonprofit focused on alleviating loneliness in the elderly population. When the governor extended Chicago’s stay-at-home order, she decided to send a second round of letters to her three seniors.

“It was fun,” said Patrizia Acerra, senior academic advisor at DePaul. “I got to pull out some beautiful stationery. It was fun just pulling that out and knowing that I was going to use this for a beautiful cause.”

Acerra said she enjoys the personal touch of writing a letter by hand. And it’s just as much of a treat receiving something like that in the mail, she said, especially considering how rare it’s become today.

Herrmann has unknowingly trained for Solidarity With Seniors for her entire life; as a kid, she designed her own postcards.

“I have always loved writing letters and cards,” she said. “When I was a kid, I would make handmade cards, and I would make logos on the back. I’d call them ‘Erinmarks,’ instead of Hallmark.”

Loneliness proves especially prevalent among the elderly, and isolation can translate into devastating health effects for those over 80.

“Many of our DePaul people are very blessed,” Judge said. “We want to encourage those people to think, ‘How can I use my blessings and share them with other people? Or do a little something to make someone else’s life a little brighter?’”

Herrmann said she sometimes goes through feelings of loneliness and dread, too. But knowing she can reach out to alleviate those feelings in others gives her a sense of purpose.

Judge said the university has decided to extend Solidarity With Seniors through June.

“Clearly, we’re still in a state of quarantine or social distancing,” he said. “A word of greeting or good cheer would mean a lot.”

Judge said the program’s success has inspired him to do more connection-building in his personal life, too. He’s reaching out more often to three of the elderly members in his family. Herrmann said she’s doing something similar — she’s started writing letters to her 5 year-old nephew.

“One of the only things we have right now is connections to other people,” she said.

Faculty, staff, and students who want to participate and send their own words of cheer to senior citizens can sign up online. Those with questions should contact Chaplain Tom Judge at [email protected].