REVIEW: Lady Gaga dances through the pain on “Chromatica” 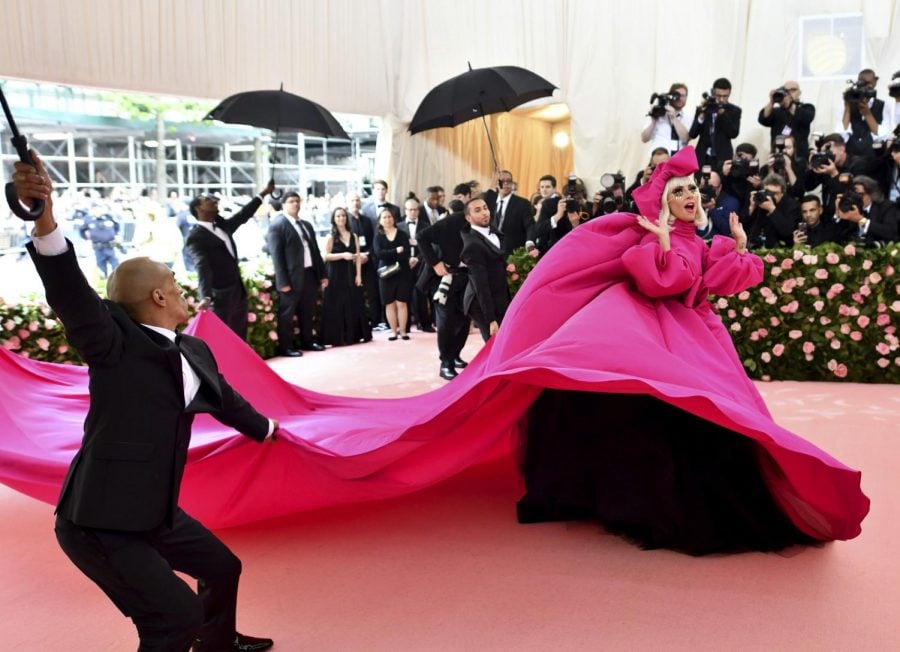 Lady Gaga attends The Metropolitan Museum of Art's Costume Institute benefit gala celebrating the opening of the "Camp: Notes on Fashion" exhibition on May 6 in New York.

When I think of Lady Gaga, I think “big.” She is a star who, by design, demands that you stop what you’re doing and pay attention.

After much anticipation and COVID-related delays, the pop icon released her sixth studio album “Chromatica” on Friday.

But before we discuss where we are, let’s discuss how we got here.

After skyrocketing to stardom in the late 2000s with her larger-than-life persona, Gaga quickly became one of the most fascinating pop stars of the 21st century. Everything from her lengthy music videos, eye-catching fashion and pitch-perfect singles made her impossible to ignore.

After dominating the world of pop music and reaching icon status within a few short years, Gaga’s career took something of a detour in the mid-2010s, with 2013’s “Artpop” receiving generally mixed reviews and producing far less smash singles than previous efforts.

The 2010s saw Gaga genre-hopping, taking jazz and singer-songwriter routes, with each effort seemingly pushing her further away from her provocative, dance-pop roots.

My expectations for her latest effort were high, especially after Gaga transcended her talent to the silver screen, winning an Academy Award for the anthemic “Shallow,” as featured in 2018’s “A Star is Born,” itself a vehicle for Gaga.

The album begins in true melodramatic Gaga fashion, with “Chromatica I,” the first of three short orchestral pieces featured throughout the album; the short pieces give the album a theatrical quality,  reminiscent of an overture.

The album continues its strong lead with “Alice,”  a track whose club-ready production juxtaposes lyrical themes of despair and searching for a better life.

Other highlights occur early on, with singles “Stupid Love” and “Rain On Me,” a duet with Ariana Grande, playing back to back.

While both tracks are fun, catchy club bangers — for when we can actually go to clubs — “Rain On Me” is the album’s high point, with Gaga and Grande playing beautifully off of one another, despite seemingly clashing styles.

As the album continues, however, I found myself losing interest. Perhaps this has to do with the album’s content and the context in which I listened to it; all of these songs are meant for the dancefloor, and we are living in a world where going out to dance is not an option.

While nearly every song on the album had a good beat, strong production, and enthusiastic vocals from Gaga, it became very apparent early on that many of the songs were different servings of the same flavor: Gaga contrasting the dance-pop production with themes of personal struggle.

This isn’t inherently a bad idea; several of the tracks pull it off beautifully. “Fun Tonight” may go down in history as an anthem for anyone who has cried in the bathroom at a party and “911” packages the act of taking antipsychotic medication in a slick groove. “1,000 Doves” is a Robyn-esque track in which Gaga asks for the support of her friends in her struggles, and perhaps features the best lyrics on the album.

However, when so many of the songs have the same throughline, it’s easier to spot the ones that don’t work as well.

“Plastic Doll,” a song lamenting the artifice of being in the public eye, shocked me upon my first listen. Not because the lyrics connected with me in a  profound way or I felt it to be a highlight of the album, but because of how much it reminded me of Madonna’s  “American Life.”

The album, meant to serve as an indictment against the phoniness of American culture, features similar contrast found on “Chromatica,” with the Queen of Pop utilizing fake-deep lyrics straight out of a 10th-grade notebook.

“Chromatica” is an exponentially better album than “American Life”; the production is tighter, Gaga’s vocals shine throughout the album and it feels as if there was a real artistic vision behind the music.

The two albums are similar, however, in the sense that in attempting to push their messages and themes, a decent number of songs fall flat.

While the album sometimes gets lost in its own thematic statements, it ends on a bang with “Babylon,” a track that is sure to go down as a cult classic for Gaga stans.

The song is pure, unmitigated camp, with Gaga talk-singing about gossip as though it were a gladiator match. The song perfectly captures the joy the album is trying to represent, and it is nearly impossible to not dance along to the thumping dance beat.

“Chromatica” as a whole did not fully live up to my expectations, but I do not view it as a failure. Rather, I see it as Gaga’s attempt to represent her roots in dance-pop, which serves as a fun escape, with real feelings of pain and loneliness. It’s a little messy and doesn’t always come together perfectly, but neither does real life