A history of pandemics in the United States 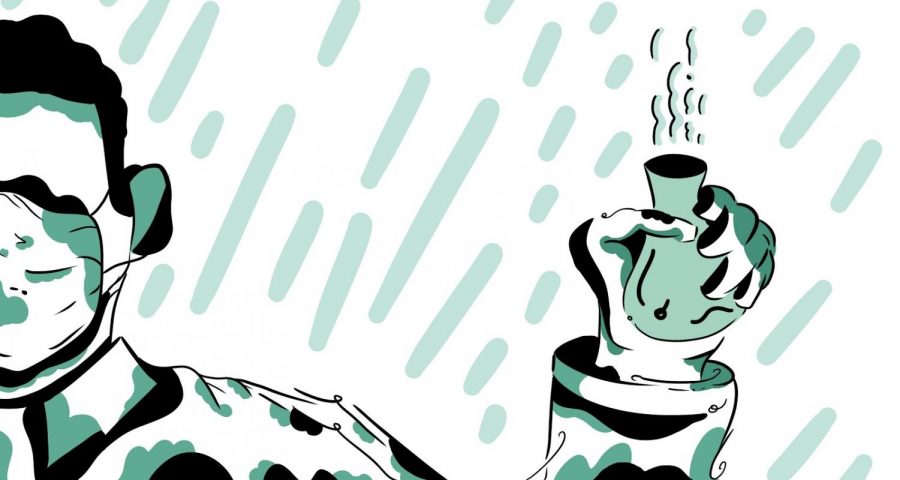 Pandemics are not new phenomena, COVID-19 is just the current reality. Several pandemics have spread throughout the history of the world and the United States. There are several similarities between what the world is experiencing today and the Influenza pandemic of 1918.

Micaela D. Sullivan-Fowler, a public historian and history of health sciences librarian at the University of Wisconsin-Madison, curated an exhibition titled “Staggering Losses: WWI & the Influenza Pandemic of 1918.” Opened in November 2018, the exhibition is currently on hiatus due to COVID-19.

The key difference between the responses to COVID-19 and the Influenza Pandemic of 1918, or the “Spanish Flu,” is war. The 1918 pandemic was spreading while many nations were sending troops to fight in World War I.

“The war took precedence over everything,” Sullivan-Fowler said. “They [world leaders/government] minimized the realities that they were witnessing with troops dying from the flu.”

Nations needed young men to fight in the war, and adding the threat of a deadly illness wasn’t likely to entice new soldiers. Soldiers were kept in crowded camps and trenches, and transported to places across the globe. There wasn’t a way for them to be isolated from one another in war to prevent the disease from spreading rampantly.

However, when the second wave hit early the next year, government officials and leaders implemented similar guidelines to what many are practicing around the world today.

Sullivan-Fowler recalled being struck by the number of people who wrote in the exhibition’s guestbook that they had relatives who had died in the 1918 pandemic.

“I remember thinking, if this ever happens again, we need to do everything we can to avoid this sort of loss,” she said. “I had no idea how prophetic that concern would become.”

Deborah Levine, associate professor in health policy and management at Providence College, described the current state of the health system and the effects that it has on pandemic prevention and response.

“The inequality in our system makes us sicker,” she said. “I believe that comprehensive public health planning and infrastructure makes the threat of a pandemic less.”

Levine also touched on the responses from the public that came out of the pandemic of 1918 and currently in response to COVID-19. With COVID-19, many people blamed the virus on people from China and similar attitudes were present in previous pandemics. Blame is placed on immigrant populations and migration as a way of people coming into contact with each other globally.

She notes that although during medieval times people couldn’t just hop on a plane and get from China to New York in a day, our society has been global for a lot longer than people may think. When looking at events in our past that have moved society across the globe, such as war and trade, the threat of disease is present as well. Although technology has improved, human migration and movement has been with us for a long time.

“In the face of a pandemic, our answers are so simple,” she said. “Just stay at home. Put on a cloth mask. We are not being told to do anything you couldn’t do 500 years ago. The most striking thing between this moment and past moments of panic and pandemic is the technology we have for excellent research and science.”

Of course, with advances in science and technology and comparisons to past pandemics, it’s much easier to stay up to date with the latest information on a pandemic today compared to a hundred years ago. This comes with its benefits and downfalls.

Dietram Scheufele, the Taylor-Bascom chair in science communication and professor at the University of Wisconsin-Madison, noted that everyone is making sense of this information, experts and non-experts, all at the same time. Referring to an article written in Wired Magazine, he described how a portion of the science being done on COVID-19 will turn out to be wrong because so much research is being done at a faster rate than normal, and on a virus that can mutate and change.

“The first thing that people, all of us, need to realize is that it’s an issue that is constantly evolving and there’s very little we know for sure,” he said. “The second thing is how important it is to turn to sources that have spent their lives writing or researching this.”

Scheufele described the beauty of Twitter and other social media outlets, which weren’t available in the age of the 1918 pandemic. You can follow the very best people who are knowledgeable about a subject which can lead you to others with great information and people who can steer you away from misinformation.

“Part of what makes this complicated is that some of the information we thought was true turned out to be false and vice versa which makes it even more difficult for people to figure out what’s true and what’s false,” he said.

Masks are one example. In the early stages of the pandemic, there were conflicting opinions on the outcomes of wearing a mask and whether it was beneficial, but ultimately it was decided it’s better to wear them than not. Scheufele commented on how wearing a mask has even become a sign of partisan pride which is very dysfunctional, not only for COVID-19, but science in general.

“A lot of misinformation we end up believing in, we believe because we want to,” he said. “[It’s important] for all of us to be careful that we’re not letting our own beliefs stand in the way of getting facts because I think that would be really dysfunctional for America.”