Cabin fever and the impact of decreased human connection 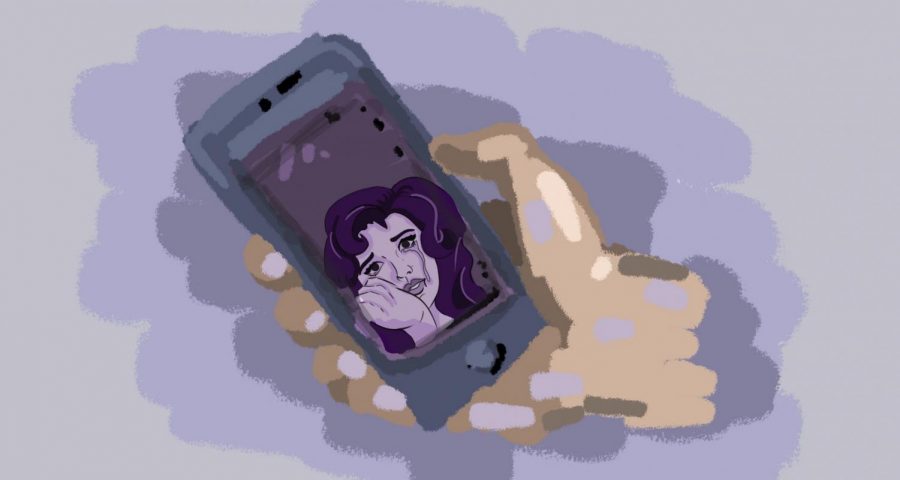 Food, shelter and water — the three basic necessities of life, but as humans, do we need more? Now that face-to-face human interaction has been taken away, or at least heavily restricted, it is becoming clear just how much humans crave interaction with one another.

Human connection has tangible effects on our brain. Oxytocin, also known as the love or touch hormone, is just one of them.

“It’s basically triggered by physical touch,” said Dr. Jocelyn Carter, an associate professor in the Department of Psychology at DePaul University. “It can be healing in terms of emotional regulation and emotional development; it’s what helps promote bonds.”

The warm, fuzzy feelings hormones such as Oxytocin create bring with it comfort and happiness but are these feelings just a desire or truly a basic human need. Cassandra Calhoun, a DePaul sophomore, said, “I don’t think I be truly fulfilled with these replacement activities as compared to life with people I love in the same room as me.”

Maslow’s hierarchy of needs, a theory by psychologist Abraham Maslow, suggests that humans have much more complex needs than simply food, shelter and water.

This hierarchy puts forward that there are five categories by which people are motivated: physiological, safety, love and belonging, esteem and self-actualization. This state of quarantine makes it very difficult for people to meet any needs beyond their physiological needs. When these other needs or desires are not achievable, it can feel paralyzing.

In Maslow’s theory, people strive to the higher needs in the hierarchy when they feel they have sufficiently satisfied the lower need. If you have access to and are sufficiently meeting these physiological needs but are in self-isolation, where can you go? How can we progress?

When your inner self is craving to achieve other needs, to strive for intimacy or employment, but you cannot leave the house, it is easy to slip into the feeling of being unfulfilled. But it does not have to be that way.

If human connection really is a human need then people will, and have, find ways to connect despite the quarantine.

“I’ve been finding fulfillment by talking to my roommates and people in my life as often as possible to keep my social life afloat,” said Calhoun.

“Zoom happy hour” is a trend rapidly gaining popularity that has emerged from the search to keep social interaction alive. The idea behind it is to get all your friends and/or family together on a Zoom call for happy hour. This trend has been mentioned on Twitter by people ranging from Bret Baier, Chief Political Anchor at Fox News, to Dictionary.com.

Miranda Higdon, a sophomore at Towson University in Towson, Maryland, says she has been seeking fulfillment in other ways.

“I found fulfillment in reminding myself that, hopefully, this will eventually be over,” she said. “I’ve just been finding excitement in the fact that I’ll be way more appreciative of the things that have been hindered because of this whole situation.”

However, when Higdon and Calhoun were separately asked what they think their personal basic human needs are, they both said “social interaction” before anything else.

The study, titled “Needs and Subjective Well-Being around the World,” included 60,865 participants from 123 countries. The participants responded to questions about the five needs based on Maslow’s hierarchy and rated their subjective well-being. In this study Diener and Tay wrote “it appears that basic needs are important for life evaluations, whereas social and respect needs are important for positive feelings” (p. 364). Their findings suggest that “the lack of needs leads to low life evaluations” (p. 362).

Calhoun finds the loss of human connection “frustrating in a time so scary and uncertain,” but she has not given up all hope for fulfillment.

“I do feel that we can learn things in the time being and discover new parts of ourselves which could connect us even closer in the future with those around us,” she said.