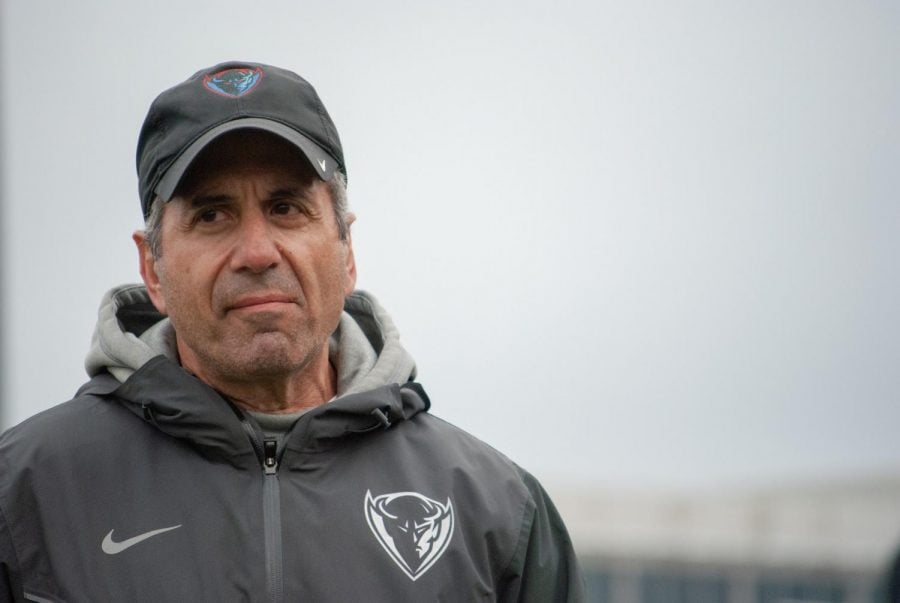 An amended complaint to a lawsuit that was filed in April, which alleged former DePaul softball head coach Eugene Lenti had verbally and physically abused his players and an assistant coach, was filed on Tuesday, according to a document obtained by The DePaulia.

It’s unclear as of right now why DePaul requested to move locations.

Conviser is accusing DePaul of wrongful retaliation under Title IX, breach of contract, defamation and false light, based on her mandatory involvement in reporting that Lenti had physically abused his female assistant coach and abused his female players.

Lenti surprisingly retired in the summer of 2018, with the athletic department not making any formal announcement. Last year, Lenti accepted a job at Auburn University as an assistant softball coach. His sister, Jean Lenti Ponsetto, has been DePaul’s athletic director the last 18 years — but will also be retiring this summer.

According to the new lawsuit, DePaul never notified Auburn of Lenti’s misconduct and never properly reported the incident to the U.S. Center of SafeSport, which is legally required.

Conviser had worked at DePaul since 2005 as its “lead mental health provider,” but said her contract was terminated in April 2018. The suit claims DePaul also “outsourced” its on-campus health counseling services to Conviser.

According to the complaint, DePaul retaliated against Conviser after she began exposing DePaul’s “corrupt Title IX office and penchant for coverups.” The complaint also accuses DePaul’s leadership and the Title IX office of being conflicted and terminally under the sway of the athletic department.

The new complaint also says that Conviser was at the center of taking on Lenti Ponsetto and taking down Lenti by having him eventually separated from DePaul for his abusive conduct to his players.

The lawsuit also alleges that because Lenti Ponsetto is DePaul’s athletic director, Lenti was able to create an “abusive cult of personality.” According to Conviser, she had multiple in-person meetings with DePaul athletics’ senior administration, including Lenti Ponsetto, about the operation of DePaul’s Title IX office and the need to improve the university’s Title IX office.

Michael Popok, one of Conviser’s lawyers, told The DePaulia that Conviser had a meeting with the Title IX office, the associate athletic director, head of sports medicine and Lenti Ponsetto prior to Conviser getting fired. In the meeting, Conviser expressed her belief that DePaul was lacking in offering better mental health services to student-athletes.

According to Popok, everyone else in the room just stared at Conviser without believing what she was trying to tell them. Conviser also said that Lenti recruited the most vulnerable student-athletes, but her concerns were first met with silence and then denial.

Jill Hollembeak, DePaul’s senior associate athletic director for varsity sports, allegedly disagreed with Conviser that bad things could happen at DePaul and said that improper conduct “doesn’t happen here” and because the school is located in Chicago there are other entertainment and diversions.

In 2016, Conviser reported to DePaul incidents of inappropriate verbal abuse from Lenti towards his team, including him calling his players “f—-g whores.” But, according to the complaint, Lenti was protected by Lenti Ponsetto and the conflicts of interest between DePaul’s Title IX office and the athletic department. On October 10, 2016, Conviser provided Lenti with his own personal copy of Title IX.

According to Conviser, that put her in conflict with Lenti Ponsetto who was trying to protect Lenti.

DePaul’s Title IX office did not investigate Lenti’s behavior to determine if Lenti abused his players, the lawsuit alleges. According to the complaint, this is a violation of DePaul’s requirement under Title IX and U.S. SafeSport protocols.

In 2018, Conviser was informed by one of her therapists that a softball player saw Lenti punch his associate head coach in the face. Conviser said the player reported what happened to the school’s Title IX office, which opened an investigation.

The results of the investigation are unknown. The lawsuit said the investigator improperly disclosed the player’s identity to her teammates, who blamed her for “getting Lenti in trouble.”

Prior to filing the first lawsuit, Conviser and her lawyers wrote to DePaul President A. Gabriel Esteban about the Lenti scandal. According to Popok, Laura Warren, a former member of DePaul’s General Counsel’s office, responded by denying the allegations against the school.

Warren is no longer an employee at DePaul, and is now the General Counsel with Major League Soccer team the Chicago Fire. The DePaulia requested to speak with Warren, but she declined the interview.

The DePaulia also requested an interview with Jose Padilla, Secretary of the University Vice President, General Counsel, to talk about his office’s response to Conviser’s concerns. But Padilla declined the interview and said nobody else from his office will discuss this matter.

“Neither will any of his present or past lawyers from the Office of General Counsel speak with the media about this,” Padilla said in a statement. “And neither will our Board of Trustees or university executives do so.  They have a long standing practice of not discussing on-going litigation with the media or anyone else.

“The University has retained the law firm of McGuireWoods to represent it in this case.  The firm will do the university’s talking in court where it really counts.  If you wish to learn more about the university’s position in this case, we recommend you read our pleadings as they are filed with the court.”