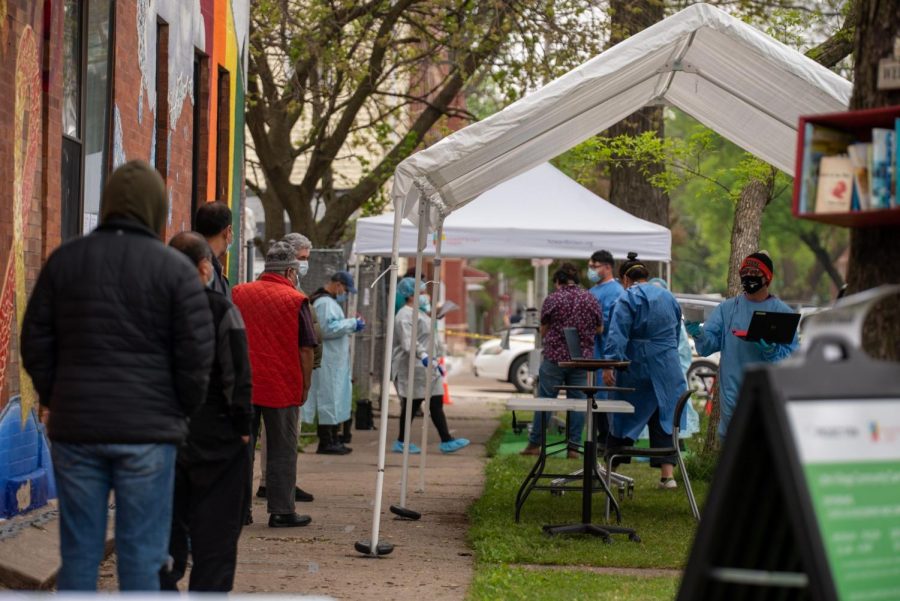 Two Illinois COVID-19 testing sites in Peoria and Harwood Heights will be federally defunded by the end of this month, according to Gov. Pritzker’s press secretary Jordan Abudayyeh and the Illinois Department of Public Health.

“As coronavirus cases continue to rise nationally, President Trump admitted he wants to slow down coronavirus testing and now the federal government will no longer support two testing sites in Illinois,” Abudayyeh said.

At a June 20 rally in Tulsa, Oklahoma, Trump claimed he asked his administration to conduct fewer coronavirus tests. Eight campaign staffers for Trump have since tested positive for the virus, at least two of whom wore masks during the event.

“So I said to my people, ‘Slow the testing down, please,’” he added.

“Any suggestion that testing has been curtailed is not rooted in fact,” she said. “It was a comment that he made in jest.”

Asked point-blank Monday by Scripps reporter Joe St. George whether he’d in fact issued such an order, Trump did not deny it.

“We’ve done too good a job,” he said of his administration’s handling of the pandemic.

The next day, Trump told reporters his remarks on the matter should be taken seriously.

Federal funding is also being cut for 11 other sites in Texas, New Jersey, Colorado, and Pennsylvania. Seven of the sites are in Texas, which is seeing its highest spike in confirmed cases to date.

The two testing sites in Peoria and Harwood Heights could not be reached for comment at the time of publication.

Abudayyeh said the two sites will neither close nor stop testing people for coronavirus, despite the cut in federal funding.

“Illinois has succeeded in bending the curve downward,” she said, “and Gov. Pritzker is committed to building on the tremendous progress the state has made to increase testing and will ensure operations at the two federal testing sites continue.”