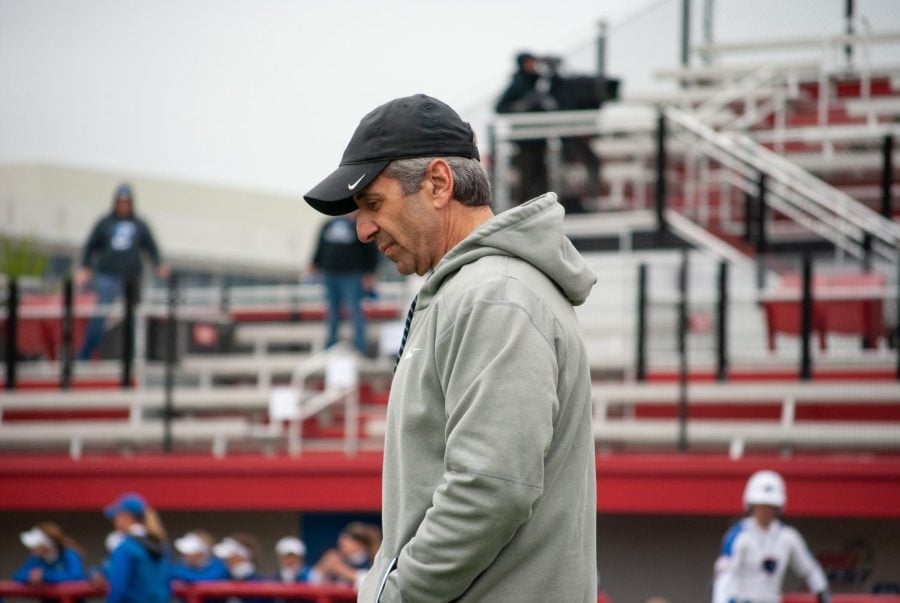 DePaul filed a motion earlier this month to dismiss all charges made by Dr. Jenny Conviser, who has accused DePaul of covering up former softball coach Eugene Lenti’s history of abuse.

The university’s legal team, McGuireWoods, claims Conviser is “bootstrapping” herself and her counseling business to Lenti’s sudden exit for personal gain, according to a document obtained by The DePaulia. They say that Conviser, who is suing the university on six counts as previously reported by The DePaulia, has no legal standing with her claims.

“We intend to mount a rigorous defense on behalf of DePaul University to the baseless claims made in the complaint filed by Dr. Conviser,” said Mark Hubbard, a spokesman for DePaul’s legal team.

The DePaulia was able to confirm that DePaul’s motion to dismiss the first complaint has been declined as moot. DePaul has until July 23 to respond to the amended complaint that was filed earlier this week. A court date has been set for Sept. 3, 2020.

Conviser is suing DePaul for Title IX retaliation, breach of contract, breach of the implied covenant of faith and fair dealing, indemnification, defamation and false light invasion of privacy.

The university’s legal team is claiming that Conviser’s timeline is not as clear as she suggests in the lawsuit, which they say throws Conviser’s accusation of breach of contract into question.

“While DePaul University does not normally comment on pending litigation, it is important to point out that Dr. Jenny Conviser has treated student patients at DePaul as recently as March of this year (2020) and remains an independent contractor to the university,” Hubbard said.

Conviser’s lawyers told The DePaulia that she has not seen any “DePaul referred new patients since she blew the whistle on Lenti in 2018 and certainly not since the COVID crisis.” It’s unclear whether she has seen old patients referred by DePaul since then.

Regarding the alleged Title IX retaliation, DePaul’s legal team says that Conviser has no statutory standing — which is different from jurisdicional standing and must present and presents the question whether the plaintiff “falls within the class of plaintiffs whom Congress has authorized to sue.”

Since Conviser is not a DePaul employee but instead an independent contractor hired by the university, she falls outside of the established “zone of interest,” according to the document.

“She therefore does not, and cannot, allege deprivation of any educational benefit,” the suit reads. “Rather, she simply alleges that DePaul stopped sending her business. Thus, to allow Conviser’s suit to proceed would open the Title IX floodgates to anyone who has ever crossed commercial paths with a college or university. That cannot be right.”

Conviser is also trying to prove that because she reported Lenti’s alleged verbal abuse in 2016 and found out about Lenti allegedly punching his assistant coach in the face in 2018, that DePaul retaliated by terminating her contract in April 2018.

But DePaul is arguing that those incidents with the university don’t support her retaliation claim because “she alleges no facts connecting those DePaul conversations to DePaul’s decision to stop sending her patients in June 2018.”

Conviser was informed by one of her therapists that a DePaul softball player saw Lenti punch his associate head coach in the face, and advised her staff member to counsel the player to report the incident to DePaul’s Title IX office. DePaul, meanwhile, argues  that Conviser had no role in reporting or the underlying incident.

According to the document, Conviser’s attempt to connect the 2016 and 2017 reports to the alleged 2018 decline in patient referrals is only speculation.

DePaul is using this as evidence that the university did not breach the contract because they had no obligation to refer student-athletes to Ascend.

DePaul also argues that Conviser has not adequately proven defamation or false light. According to the document, Conviser didn’t provide the words that are considered actionable and Illinois courts allow an attorney to defend its client without the possibility of civil liability for their statements.

Conviser’s lawyers wrote to DePaul in February and received a reply from the Senior Associate General Counsel Laura Warren — who is no longer with the university. In the email, Warren wrote that Conviser “did not get her facts straight.” But, according to DePaul’s legal team, Conviser cannot sue for this statement because DePaul’s in-house counsel wrote in defending the university from a possible lawsuit.

Conviser said in her first complaint that DePaul defamed her “on more than one occasion,” but, according to DePaul, has failed to provide sufficient evidence of those instances.

In the document, DePaul says that Conviser’s defamation and false light claims are an “afterthought,” and the court should dismiss them.

“This case is not really about Dr. Jenny Conviser,” the suit reads. “It is even less about her company, Ascend Consultation in Health Care, LLC. It is about former DePaul softball coach Eugene Lenti, who separated from DePaul two years ago. Even by Conviser’s own telling, she and her company were barely even a footnote in that story. But Conviser has recognized that Lenti’s high-profile separation presents an opportunity, and seeks to capitalize on that opportunity by bootstrapping herself and Ascend to Lenti’s sudden exit.”

The language in DePaul’s memorandum in support of its motion to dismiss better puts into context the amendment recently made to Conviser’s complaint. Many of the changes made to her complaint reframed the case to more closely circle around her involvement.

In Conviser’s new complaint, the focus is placed largely on her role in allegedly exposing Lenti’s verbal abuse in 2016 and working with one of her therapists and a student-athlete to report Lenti’s 2018 assault of an associate head coach. She is also now claiming that DePaul Athletic Director Jean Lenti Ponsetto didn’t do anything to investigate or remove her brother.

DePaul’s legal team claims that Conviser was in the “peripheral presence” in the events that took place in 2016 and 2018. But Conviser says she was at the “heart” of both taking on Lenti Ponsetto and taking down Lenti by having him eventually removed from DePaul for his abusive conduct towards his players.

Even though DePaul was never required to refer student-athletes to Conviser and her company, Conviser claims  that DePaul’s senior administrators often referred to her as “DePaul’s lead mental health provider.”

The DePaulia reported Wednesday that the case has been moved to federal court.

“The defense will show that DePaul takes the welfare and well-being of all students very seriously,” Hubbard said. “It will further reveal the university conducts thorough reviews and ensures appropriate internal processes following any student complaint of inappropriate conduct by any administrator, teacher, coach, staff member or fellow student.”

UPDATE 6/26/20: This story has been updated to include a statement from Conviser’s lawyers.