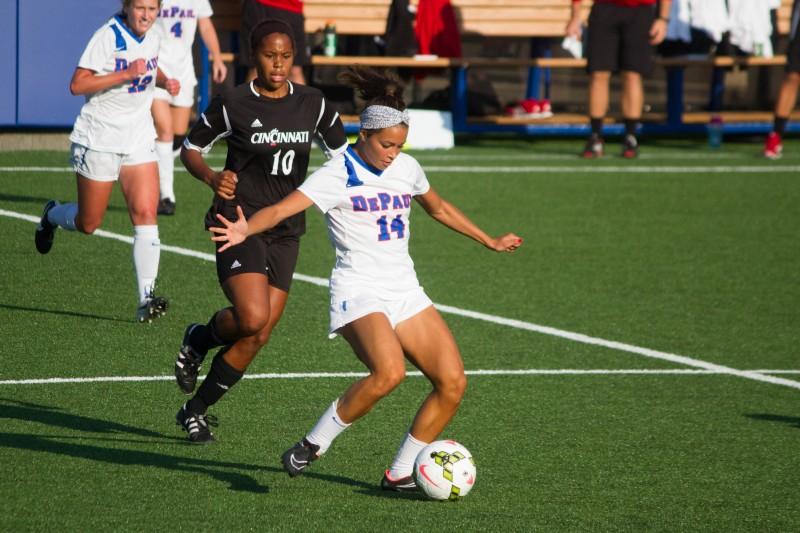 It has been over three months since the U.S. saw any live professional team sports, with all the leagues being suspended in March because of the coronavirus outbreak.

On Saturday, however, the National Women’s Soccer League (NWSL) will mark the return of American professional team sports. The 2020 Challenge Cup, which includes eight teams and will have a total of 23 games in one month, will also include two former DePaul women’s soccer players: Sarah Gorden and Kelli Hubly.

The league is beginning its season during a time when coronavirus cases are still going up in over 20 states. The U.S. recorded a new daily high on Friday with over 45,000 cases, according to the New York Times.

Both Gorden’s team, the Chicago Red Stars, and Hubly’s team, the Portland Thorns, will begin the season on Saturday. Due to the COVID-19 pandemic, the entire season will take place in Utah.

Gorden, who plays in defense for Chicago, became DePaul’s first player to be drafted by an NWSL team in 2016 when she was taken by the Red Stars in the third round. At DePaul, she played in 77 games and started all but one game.

In her junior year in 2014, Gorden anchored the Blue Demons’ defense that gave up the fewest goals in the Big East. She helped lead DePaul to a 16-1-4 record and a school-record 20-game unbeaten streak. At the end of the season, the Elk Grove, Ill. native was named to the All-Big East Second Team and the Big East All-Tournament team.

The following season, however, she started in all 20 games and was named the conference’s Defensive Player of the Week four times. Before getting drafted into the NWSL, Gorden was selected for the All-Big East first team.

Last season, Gorden became one of the league’s most versatile and consistent defenders, starting 25 of Chicago’s 26 games. Her performances earned her an invite to USWNT camp in December.

“I couldn’t be more proud of the work both Kelli and Sarah have put in over the past five years,” DePaul women’s soccer coach Erin Chastain told The DePaulia. “They both had incredible careers at DePaul, both winning a conference championship during their careers (2014 and 2016 respectively). The league has taken off they are both playing a vital role on their teams. We can’t wait to continue to watch these former Blue Demons.”

Hubly, on the other hand, began her collegiate soccer career at Kentucky in 2012. After spending three years with the Wildcats, Hubly came back home to spend her final year of eligibility with DePaul.  Hubly started 18 games for the Blue Demons in 2016, scoring one goal and providing five assists.

Hubly made her NWSL debut in 2017 with Portland, making two substitute appearances against North Carolina and Washington. In 2018, she started nine games, totaling a career best 818 minutes. The 2019 season, however, Hubly started in three games and logged 251 minutes.

The 2020 season will have a different format, with all eight teams qualifying for the playoffs after each club playing four preliminary games. The four quaterfinal games will be played on July 17 and 18, with the semifinals taking place four days later.

Gorden and Hubly will get a chance to face each other on July 1. The regular season will conclude in the second of week July, with the playoffs starting a couple of days later.