Preview: Cubs look to bounce back after disappointing 2019 season 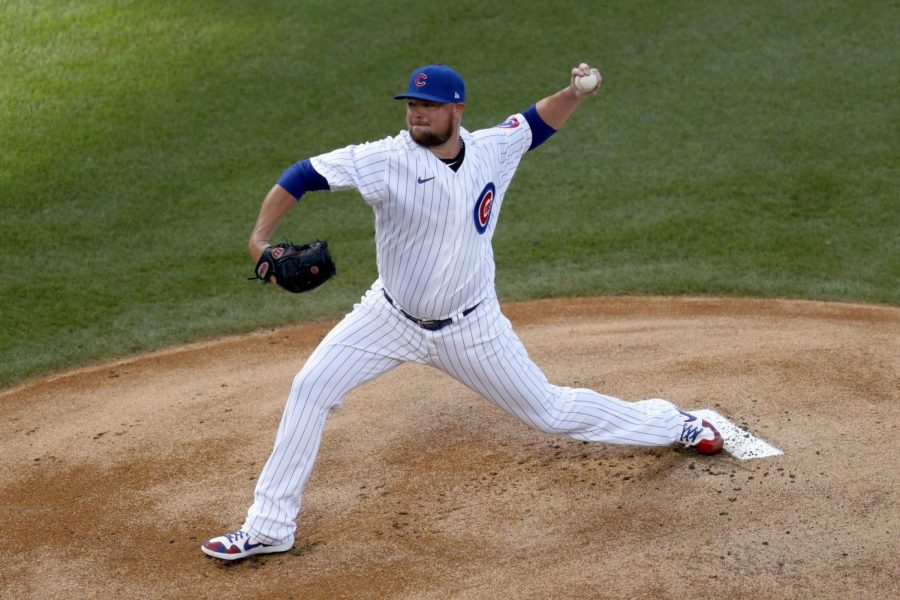 The Chicago Cubs kick off the 2020 season at home against the Milwaukee Brewers as the team looks to rebound from a 2019 season which saw the team miss the postseason for the first time since 2014.

The Cubs finished the 2019 season in third place, behind St. Louis and Milwaukee, with a record of 89-73. The most significant change from last season is that David Ross has taken over for Joe Maddon as manager.

Because of the shortened 60-game season, every game is going to matter, and early on, the focus will be on what kind of impact the reduced number of games has on the team.

“Being a veteran team, I think the Cubs have a bit of an advantage this year over others,” said Russell Dorsey, the Cubs beat writer for the Chicago Sun-Times. “They won together before, so they understand what they need to do to play in a season like this, so I think having older veterans combined with stars in their prime will be the key for them in 2020.”

Before going any further, let’s break down the Cubs’ strengths and weaknesses. The 2020 edition perhaps has the most question marks than any other team in the “Theo Epstein Era.”

The standout for the Cubs is going to be their offense. They finished in the top five in a number of offensive categories last season. Still, the offense did go through stretches at times where scoring runs was a struggle. If it wasn’t via the home run, then the team simply wasn’t scoring. Consistency is going to be key.

“The offense may need to carry this team over the 60-game season, and the good news is they’re absolutely capable of it,” said Matt Clapp, the managing editor at Awful Announcing and The Comeback. “They have five very good hitters in Kris Bryant, Anthony Rizzo, Javy Baez, Willson Contreras and Kyle Schwarber that have all gone on their share of torrid 60-game stretches over the past few years. There are questions at center field and second base, but the Cubs can hide some of those concerns by playing the matchups correctly.”

Indeed, the young core of Cubs hitters is what Ross will need to rely on, especially with no splashy free agent signings on offense. The Cubs declined to offer a contract to Nick Castellanos, who signed with the Cincinnati Reds, and Ben Zobrist, the 2016 World Series MVP, retired.

They did sign Steven Souza Jr. and Jason Kipnis, but any production they can get out of them, as well as Albert Almora, would be icing on the cake. It’s the star names on offense that will have to get the job done.

As the old saying goes, “Pitching and defense wins championships.”

Despite posting a 4.10 ERA, third-best in the National League, pitching is going to be the Cubs’ biggest question mark of the season.

Kyle Hendricks was named Opening Day starter, followed by Yu Darcish. That is a solid 1-2 punch. However, 3-5, where Tyler Chatwood, Jon Lester and Alec Mills round-up the rotation, leaves much to be desired.

The bullpen, however, is where the real concern lies.

“Their bullpen, well, I can’t confidently tell you a single pitcher will be good in 2020,” Clapp said. “Bullpens are always volatile, but this group is particularly full of unknowns. Now, there are a lot of intriguing arms in this group, and I think if there had been a 162-game season, we would’ve seen the bullpen look at least decent by the second half. But in the 60-game season, you have very little time to identity who’s what and figure out roles.”
The one role in the Cubs bullpen that is figured out is the closer. That title belongs to Craig Kimbrel, who was signed last season and struggled. His velocity was down last season, and he struggled to put hitters away. At this point, the Cubs just want to see an improvement so the instability at closer isn’t a constant concern.

David Ross is making his managerial debut in less than ideal circumstances in a less than ideal season. Will the shorter season have an effect on the type of impact he has on the ballclub?

“The impact of David Ross will be felt more in a  shorter season because they’re not going to be able to have the benefit of working themselves into the season or starting off slow and getting back into the race,” Dorsey said. “They brought Ross in to be the motivator for the ballclub and I believe in a season like this, you’re going to need to be on full go every day. I think he’ll be able to get that out of them.”

The Cubs obviously felt that Maddon had gotten everything he could out of  the players and that it was time for a new voice.

“Ross might be a rookie manager, but he’s been around the game for a long time and he knows this team well,” said Evan Altman, editor-in-chief of Cubs insider. “He’s not going to be a guy who goes with his gut and just trusts that things will work out, which is why the Cubs were holding live BP drills with umpires even in their original spring training. Ross has his team going through baserunning drills and getting into some of the basic fundamentals that Joe Maddon had really forgotten about by the end of his Cubs tenure.

The last year of Maddon’s reign did feel like the team was going through the motions. Defensively, they were very sloppy. In fact, they ranked second in the NL in errors. The hands-off approach wasn’t working anymore.

Then again, a manager is only as good as his players. It’s going to take more than 60 games to reach a fair judgement on how good of a manager Ross can be.

The good news for Cubs fans is that some projections have the Cubs finishing atop the NL Central. Fangraphs has them finishing first with a 32-28 record. PECOTA, on the other hand, has them finishing with a similar record but in second place behind the Reds.

With MLB announcing expanded playoffs, it means that eight teams from each league make it to the postseason, thus increasing the likelihood the Cubs can make it, even if they do not win their division. As a result, Fangraphs updated their playoff odds and gave the Cubs a 77.2% chance of reaching the postseason.

All that being said, the 2020 Chicago Cubs are a team full of holes. They could very well win the division or finish third once again. If the offense goes into slump, the onus falls on the pitching to keep them in games, and that is a worrisome proposition.

But at the end of the day, the talent hitting-wise should be enough to mask their weak points. In line with other predictions, look for the Cubs to end with a 32-28 record and a division title. Whether it will be enough to make a deep run in the postseason and reach the World Series remains to be seen.