Biden camp announces Kamala Harris will be his running mate 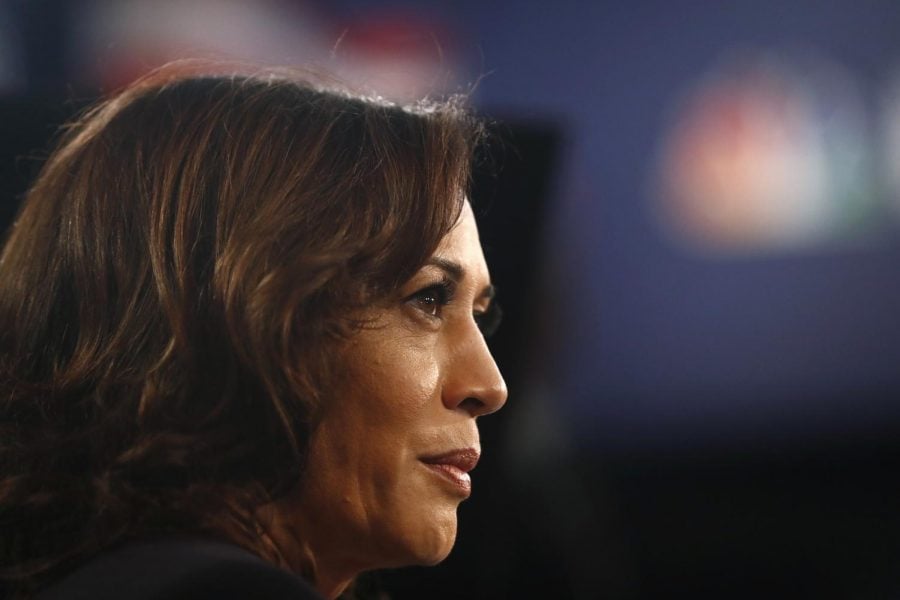 Democratic presidential candidate Sen. Kamala Harris, D-Calif., listens to questions in the spin room after the Democratic primary debate hosted by NBC News at the Adrienne Arsht Center for the Performing Art, Thursday, June 27, 2019, in Miami.

Sen. Kamala Harris will serve as Joe Biden’s running mate, Biden announced on Twitter today. She was chosen from a group of about ten candidates, all female. Today’s announcement comes 84 days before the Nov. 3 election.

A handful of different names seemed to have risen to the top of the conversation over the last few weeks, including Ill. Sen. Tammy Duckworth, Harris and former National Security Advisor Susan Rice — at one time considered a dark horse candidate.

But in the end, the Biden campaign landed on Harris. The California senator would be the first female Vice President if elected, as well as the first Black American to serve in that office. Harris has drawn criticism as a potential running mate, both for her “tough on crime” record as California’s Attorney General, and for barbs she hurled at Biden in an early debate during the Democratic primary.

An early frontrunner in the race for the presidential nomination, Harris had the benefit of having already gone through a national vetting process.

Some have pointed to her “tough on crime” record as attorney general in California as a potential weak spot, with more Democrats favoring less punitive measures.