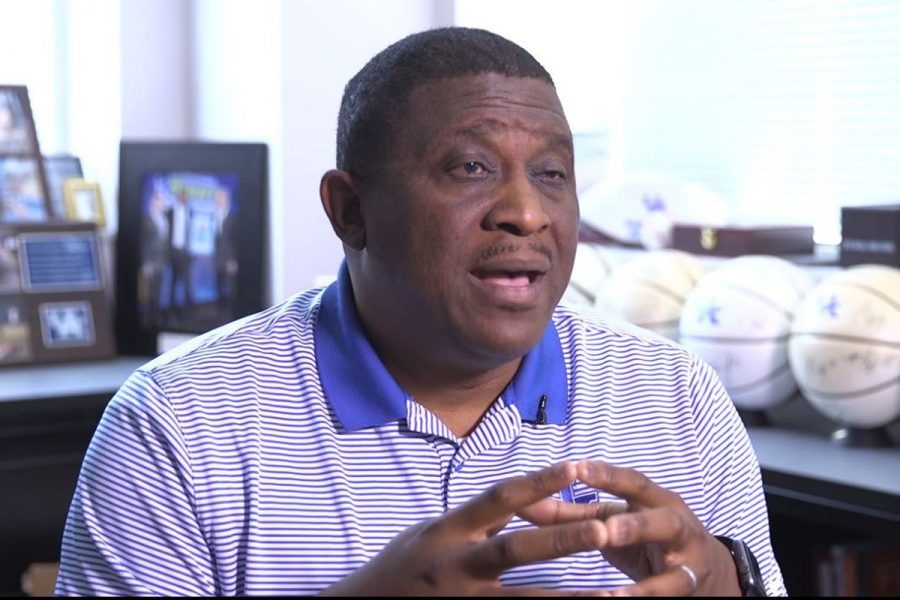 Photo courtesy of A Sea of Blue

A source confirmed to The DePaulia on Thursday that DePaul and DeWayne Peevy are finalizing a deal to make Peevy the university’s new athletic director.

An official announcement from DePaul is expected to come early next week, according to a source.

DePaul did not respond to an email from The DePaulia for a comment about hiring Peevy.

Peevy has been Kentucky’s deputy director of athletics for the last six years and has been with the athletic department since 2008. He also works closely with the men’s basketball team and head coach John Calipari.

Peevy also has experience working in the SEC for eight years, serving as the day-to-day men’s basketball publicity. A graduate of the University of Montevallo, Peevy was on the NCAA Division I Men’s Basketball Final Four Media Coordination Committee through the 2013 NCAA Championship.

Peevy also plays a prominent role in assisting Kentucky athletic director Mitch Barnhart with strategic planning, key fund-raising and public relations initiatives. In July, Peevy was named as one of the “behind-the-scenes power players” in the SEC.

In June, Jean Lenti Ponsetto announced that she will be retiring this summer. But she has stayed on as the athletic director until DePaul hired a new person. Lenti Ponsetto also said that she’s currently in treatment for breast cancer as one of the reasons why she is stepping away.

“The changing times over these past few months has led me to this decision,” Lenti Ponsetto said on June 5. “Having successfully battled two breast cancer diagnoses and currently in treatment for a third, I thought it was time to step away from the long days, working every weekend and the 24/7 demands that being an athletic director requires.”

The goal for DePaul was to hire a new athletic director by the start of September.