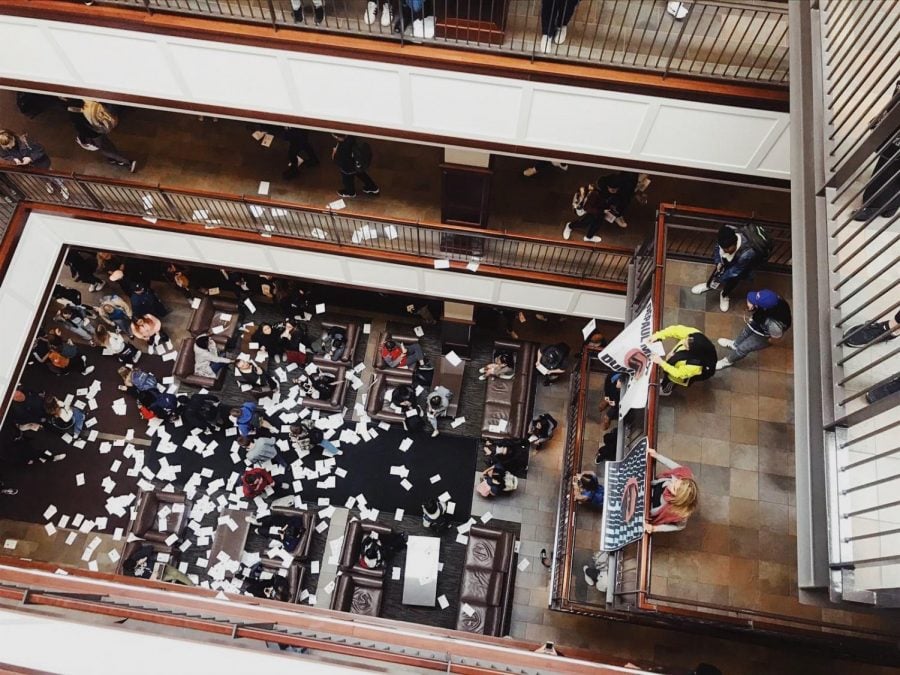 Former DePaul softball coach Eugene Lenti is the subject of a lawsuit filed against the university in April which alleges verbal and physical abuse of players and assistant coaches by Lenti. The lawsuit — made by Dr. Jenny Conviser, a sports psychologist — alleges DePaul ignored the allegations against Lenti, which violates Title IX. Since the news first broke, the case moved out of the Cook County Circuit Court and to federal court at the behest of DePaul. As Conviser and DePaul’s legal teams have gone back and forth in court, four former softball players, all on the team or coaching at the time of the alleged incident, have refuted the claims Conviser makes in the suit. Morgan Maize, who played under Lenti from 2012-16 and was a coach on the team from 2017-18, told The DePaulia that the “entire team begged” to have their voices heard when the first lawsuit was filed in April, but they were denied by the lawyers on the “opposite end.” Conviser’s legal team says they “stand by their facts.”

Philosophy professor Jason Hill sued the university in April, alleging it launched a “campaign of intimidation and demonization” after Hill published an op-ed in The Federalist which sparked outrage on campus by both students and faculty. “As an African-American they expect him to adhere to the opinion that African-Americans whose ancestors were slaves must view the Palestinians as an enslaved race and the Israeli government as a slave regime,” the suit reads. Both Interim Provost Salma Ghanem and Faculty Council President Scott Paeth were named in the suit. Since then, DePaul filed a motion to dismiss and both Hill and DePail filed amendments and additional or amended pleadings. The case was assigned to a Zoom hearing which will take place on Oct. 27.

When the COVID-19 pandemic hit, DePaul confirmed that while it would be freezing a planned tuition hike, it also would not be reimbursing students any tuition, despite the abrupt switch to online learning. In response, two lawsuits were filed by students, on behalf of themselves and any similarly situated students. The first lawsuit was filed in May by students Emma Sheikh and Enrique Chavez. The two didn’t know each other, but filed jointly. They claim students are receiving a “lesser” education with online classes and are demanding a partial reimbursement of tuition. The second student tuition lawsuit was filed in June by recent graduate Alhix Oyoque, who claimed students “lost the benefit of the education for which they paid.” Oyoque also sued on behalf of students similarly situated, seeking a prorated portion of tuition and fees, “pro proportionate to the amount of time that remained in the Spring 2020 Term when classes moved online and campus services ceased being provided.”

Former communications professor Lisa Calvente sued the university on the grounds of racial discrimination, retaliation and breach of contract in June. The lawsuit was filed after Calvente sent a mass email to students on May 29 explaining that she would not be returning to DePaul after her tenure was denied. She wrote in the email that since 2015, her colleagues in the College of Communication have admonished her for challenging her students in her classroom, particularly regarding her teachings on race. She also indicated that she experienced multiple discriminatory aggressions from her senior colleagues in the College.