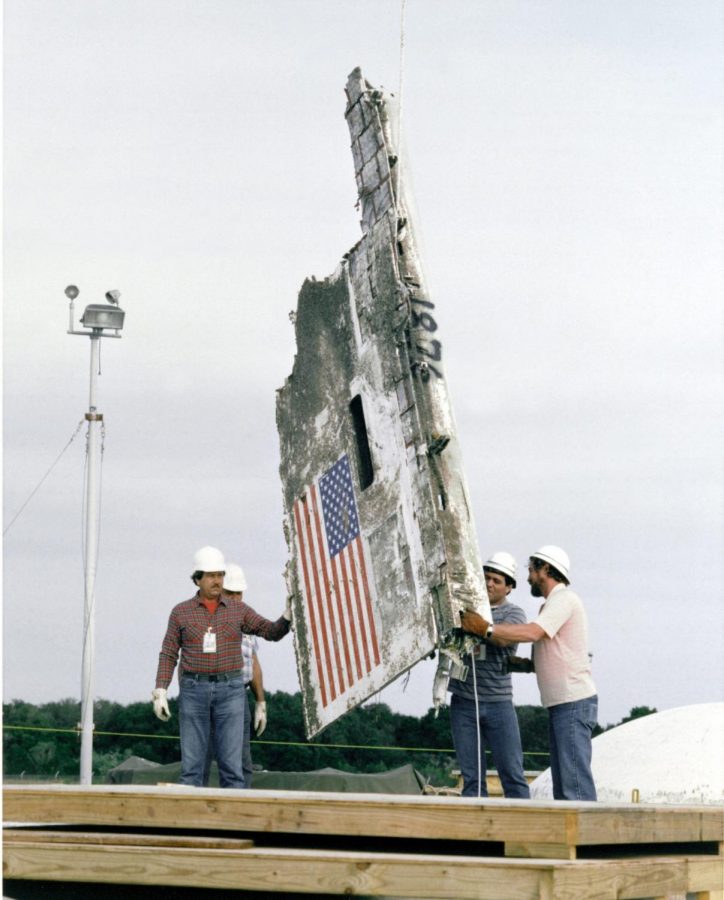 The first few minutes of Netflix’s new docuseries “Challenger: The Final Flight” are genuinely sickening. The now-famous archival footage of the failed launch of the Space Shuttle Challenger is interspersed between brief introductions of the seven American crew members who lost their lives that day. Viewers see these smiling faces, talking about their excitement for the journey ahead, the whole time knowing their fate.

The final moments of the docuseries are similarly sickening, but for much different reasons. After four episodes of critical historical context, the failed launch becomes much more than the one-dimensional national tragedy that students have come to learn about in school.

Instead, now the audience is uniquely attuned to the fact that this horrible event was actually an inevitability when the hubris and cavalier attitudes of NASA and other leaders are taken into account.

“How could they live with themselves for making a decision like that?” asks June Scobee Rogers early on in the first episode, whose husband, Dick Scobee, was the commander of the Challenger.

In reality, the Challenger explosion was indeed a national tragedy — not just because seven people died in the pursuit of making history, but because they died as a direct result of the flawed decision-making from the very people they trusted to keep them safe.

After stepping foot on the moon, executives at NASA were searching for the next great advancement in space travel. What’s more advanced than a reusable ship that both saves money and brings space travel one step closer to being attainable for civilians in the public’s mind? Hence, the Space Shuttle program was born, with the explicit goal of increasing the number of trips to space and solidifying the U.S. as the leader in space travel technology.

During an open application process, NASA recruited engineers, physicians, veterans and more to join the Shuttle program, ultimately introducing the first female and non-white astronauts to the agency.

After years of success with no casualties and steady progress, NASA was described as having a “streak of arrogance,” one that ultimately resulted in the preventable deaths of seven Americans on national television.

With increased pressure from President Ronald Reagan’s administration to increase the number of launches per year, higher-ups at NASA decided that sticking to the ambitious launch schedule was more important than making sure the spacecraft was actually safe enough for those launches.

Engineers had repeatedly brought up a recurrent issue with the solid rocket boosters that were attached to the spacecraft and provided the force necessary to actually propel the vessel into space by burning an immense amount of fuel at rapid speed. The rings that sealed the boosters, called O-rings, had a well-documented history of becoming ineffective and unsafe at low temperatures, like on the morning of the Challenger launch.

NASA took advantage of the trust placed in them, the belief that above all they’d do the very most to ensure the safety of the astronauts they spent years training. Officials went so far as to sign a waiver acknowledging the problem and the potential catastrophic effects of it, and greenlighting the Challenger launch anyway.

“The schedule was so demanding that nobody was willing to ground the fleet to fix the problem,” said Richard Cook, a resource analyst at NASA during the shuttle program.

To make matters worse, after the explosion, Reagan formed a commission to investigate the launch, with explicit instructions to Chairman William P. Rogers not to embarrass NASA in the process. As a result, like many other instances in American history, the truth reaching the light relied entirely on a whistleblower — a human being with a conscience, acutely aware of the direct role NASA officials played in the tragedy.

In recent years, the whistleblower has become somewhat of an American vigilante — the only hope for the masses to truly find out what is happening behind closed doors in the rooms that ultimately decide so much of their fate