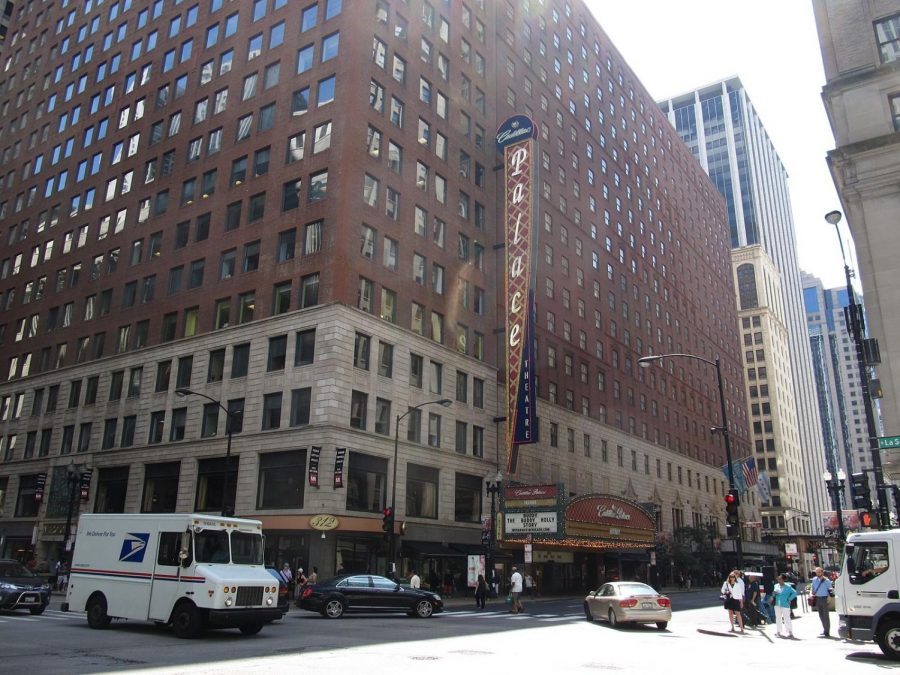 The Cadillac Palace Theatre in downtown Chicago hasn't put on any shows since the pandemic began.

Despite no significant droppage in Covid-19 cases nor any news of a vaccine becoming available any time soon, Broadway in Chicago recently announced their upcoming slate of shows for the remainder of the 2020 and the upcoming 2021 season. The announcement comes after nearly six months of theatres across the city being closed not only in Chicago, but across the country — and most notably, in New York City, where Gov. Andrew Cuomo confirmed that Broadway would remain closed through at least January 2021.

Broadway in Chicago, though, doesn’t seem to have the same concerns — as early as November, Chicagoans will be able to return to productions across the city, beginning with “SIX,” which begins its run at the Broadway Playhouse at Water Tower Place on Sept. 24. “SIX” is the first and only show opening in November (the rest of BiC is currently slated to performances to begin in March 2021 at the earliest) but the show’s early re-opening raises questions about safety and sanitation in regards to both patrons and performers — namely, what exactly needs to happen to ensure that Broadway in Chicago venues can open safely?

While “SIX” opens in just over two months from now, Broadway in Chicago has yet to make any large-scale or formal announcements regarding health and safety practices that will be implemented upon reopening.

According to a post on their website, theatres are currently “preparing to implement new guidelines and procedures” that “may” include temperature checks, reduced touch points, heightened cleaning/sanitation practices, new entrance regulations, and mandatory mask wearing. The key word there is “may” — there are currently no rules or regulations from government officials regarding best practices for venues or theatrical productions in Illinois, which means that safety standards will likely be self-regulated.

But what would such safety standards look like? Although Broadway and most major theatre organizations have remained closed throughout the COVID-19 pandemic, there have been regional theatre companies that have begun — or continued — to put on shows over the past few months.

In early August, the Berkshire Theatre Group out of Stockbridge, Massachusetts, put on the first live production of a musical approved by Equity (a major union for Broadway stage professionals) since Broadway’s closure. Performers in the show “Godspell” were quarantined together and endured frequent COVID tests, in addition to performing onstage while socially distanced and with plastic barriers between them.

Other smaller theatre companies have continued to soldier on without following Equity’s guidelines, instead opting to have their performers onstage wearing masks, or throwing caution to the wind and proceeding with performances sans health-related changes. When it comes to “SIX,” the cast and crew at the Broadway Playhouse will likely follow in the footsteps of Berkshire Theatre Group, adhering to equity-approved health and safety standards.

It is notable that (as the title implies), “SIX” is a musical with only six cast members, which makes for a significantly smaller (and thus easier to manage) cast than say, “The Lion King,“ a production which regularly had casts of 50+ performers, not to mention the production team and crew.

Although two months may seem like enough time to prepare for reopening, the task of not only perfecting a musical as an art form, but also ensuring patron and performer safety, is no small feat. “SIX” will likely be somewhat of an experiment for Broadway in Chicago — to see if live theatre is not only viable for performers, but also desirable for patrons. Just as movie theaters across the nation are struggling to welcome back moviegoers after being closed for so long, live theatre companies will also be fighting an uphill battle in the months — and possibly years — to come in order to find a return to normalcy.