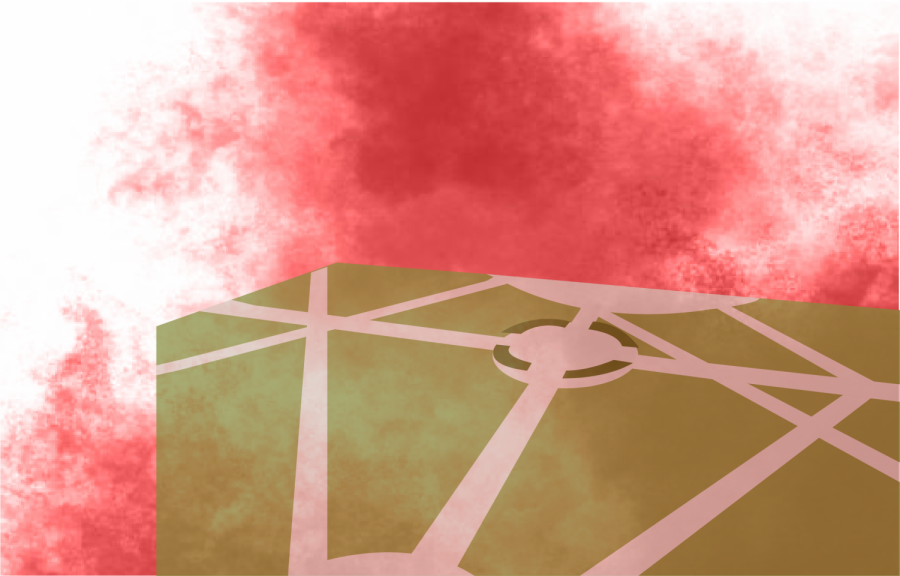 Social media, campus clubs, current events and the internet have taught me more about sexual assault prevention and education than my actual university has.

Last week, I stumbled upon an infographic shared by a mutual friend from John Carroll University’s Student Violence Prevention Advocates (SVPA) group. It was titled “What to know about: The Red Zone.”

The Red Zone is the time period from the beginning of the fall semester [or quarter] until Thanksgiving, where more than 50 percent of on-campus sexual assault incidents take place. Of all college students, first-year students are most likely to be assaulted during the Red Zone.

During this period, freshmen in particular are vulnerable since they are unfamiliar with the campus, especially in regards to where and whom they should report a sexual assault incident to.  It exists because not enough long-term awareness and education are enforced on college campuses.

The Red Zone persists on campuses because universities are ridden with the harmful ideas of rape culture centered around victim blaming, gear their courses toward the “personal responsibility” of students, and fail to address toxic masculinity.

Lastly, it exists because of the way that society sexualizes the bodies of women, transgender people and people that are non-binary.

One of the biggest problems in regards to The Red Zone is the lack of education and awareness around it, especially at an institutional level. In order to combat The Red Zone, universities must take necessary steps to recognize it while still implementing long-term sexual assault prevention education.

The Red Zone is briefly covered in college sexual assault prevention courses, and while there are many resources online about it, there isn’t enough acknowledgement overall on the issue on college campuses.

Before incoming students start classes at DePaul, they are required to take educational programs on sexual assault prevention during their Explore or Discover classes and orientation. In these courses, students are educated on sexual violence, relationship violence, stalking, bystander intervention and consent. But once these courses are finished, continuing sexual assault prevention education isn’t mandatory at most universities, and is instead up to the students and campus organizations to take into their own hands.

While it’s essential to immediately educate incoming students about these topics, most universities don’t require any other additional learning beyond that –– and that’s dangerous.

“Universities have access to this information that students might not even know how to find,” said DePaul junior Megan Avery. “It’s their responsibility to be the educators.” Avery is a former student employee at DePaul’s Health Promotion and Wellness office.

Four years is a long time to remember a brief course taken once as a freshman. Some students believe this one-time course is mainly in place to restore universities’ reputations and meet a requirement, rather than to actually prevent and protect the students on campus.

“[DePaul’s sexual assault prevention education] definitely not adequate,” said Aviv Goldman, a DePaul junior and member of Advocates for Sexual Assault Prevention (ASAP) on campus. “I think there’s a lot of organizations on campus that are working to prevent sexual assault, but I don’t think DePaul itself, other than those videos, really does anything to ensure that’s something people are thinking about all of the time.”

Over time, universities have adapted their sexual assault prevention education, but most programs lack long-term impact and commitment.

“I certainly think there’s not enough education or effort put into preventing sexual assaults, and we can see that through the endless amounts of cases,” said Ciara White, a freshman at College of Lake County, Illinois. “I think it’s important for colleges to continuously and vigorously dedicate the time to speak with their students, educate them, and be a safe place. It’s a never-ending effort, not simply one lesson about it in the beginning of the year. I think it needs to go past stating facts.”

Making students aware of the Red Zone and actively working to combat it shifts some of the responsibility of sexual assault prevention away from students and towards the universities as institutions.

“If we know about the Red Zone, it doesn’t mean that the responsibility is on us now to take extra precautions,” Goldman said. “I also think it would be great if DePaul didn’t put all of the work on students themselves.”

The elements that encompass the Red Zone explain to students that there are institutional and societal issues on college campuses that can lead to sexual assault rather than the idea that students are the ones personally responsible for incidents that take place.

“They [the freshman courses on sexual assault prevention] definitely didn’t address the institutional and societal things, which I think is really important so that students don’t blame themselves for these things that happen,” Goldman said. “And also recognize that because DePaul is an institution, it takes part in a lot of replicating a lot of the harm that leads to sexual assault.”

While being transparent about the Red Zone and all of the institutional and societal elements that factor into it, universities can help do away with the underlying rape culture that exists on college campuses that is blaming survivors and trivilizing sexual assault.

“Talking and leading about rape culture — especially with men — can help diminish it,” Avery said. “There is a lot of false information that people believe because of rape culture.”

When more students are aware of the Red Zone, they will be more knowledgeable on where to report incidents and demand more transparency and accessibility to Title IX departments. At DePaul, many students have come to realize that the Title IX department isn’t entirely accessible and reliable.

“Title IX isn’t perfect,” Goldman said. “I think that DePaul could do a better job of working with Title IX and making the forms you have to fill out when you’re reporting and stuff  — like those are really inaccessible, those are small things that they can do where making the forms more like less complicated and less confusing and easier to process.”

Students are calling for more university wide and institutional awareness of the Red Zone. Colleges need to center sexual assault prevention education around it that’s more long-term and actually gets students to commit, in order to adequately prevent sexual assault incidents and diminish the existence of rape culture.

“I would like to see more public mention of the Red Zone, especially during the first quarter of the school year,” Avery said. “It would also help survivors know they are not to blame.”

Although most universities are currently operating remotely or online right now, that does not mean that sexual assault ceases to exist within college communities — it can happen both on campus and off campus. During this time, universities should reevaluate their sexual assault prevention education.