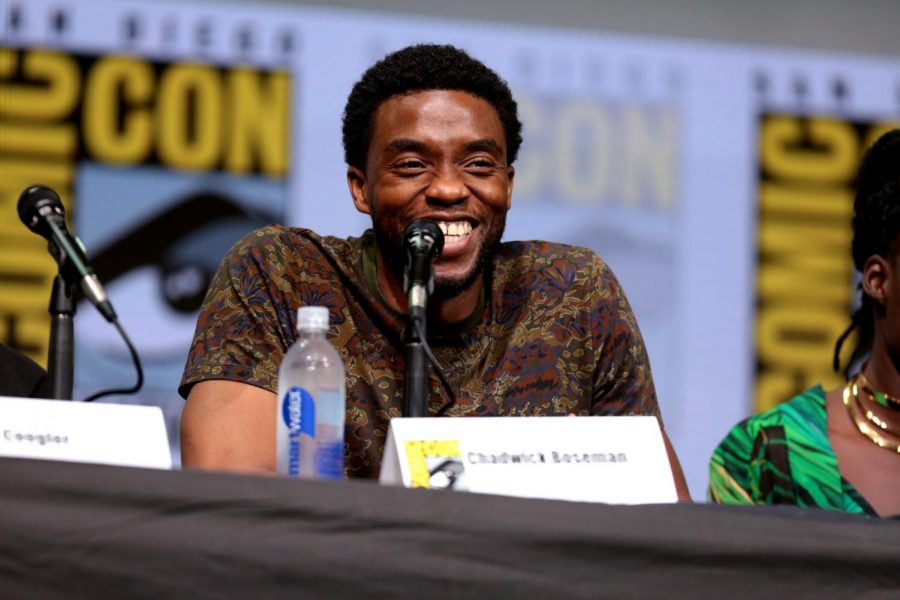 The sudden passing of Chadwick Boseman stunned Hollywood and the world at large. The subsequent outpouring of condolences showed that his influence transcended far beyond the big screen. His portrayal of famous Black figures inspired countless people throughout the world.

His influence reached Chicago where a Chicago Fire supporters group known as “Black Fires” are honoring the late actor in their own way. Through their Twitter page, Black Fires announced that they were going to be producing and selling scarves to honor the memory of Boseman.

Jake Payne, the group’s co-founder, was the person behind the idea as well as the one involved in the design process.

“The idea came from a lot of places,” Payne said. “We started Black Fires with a lot of drive and inspiration from ‘Black Panther.’ We wanted to do something to give back, and since scarves are so prevalent in soccer, we thought we might as well make one of them.”

Scarves are prevalent in soccer and supporters’ groups in general. When Black Fires hosted a Black History Month event back in February with former and current Chicago Fire and Red Stars players, they released a new version of their scarves for the occasion.

“The scarves we had that day were the second edition of the ones we came out with the season before,” co-founder Phillip Bridges said.

The concept behind Black Fires was to have a supporters’ group that builds and promotes Black culture and is representative of the Black supporter as a whole. In a way, the movie “Black Panther” and Boseman’s portrayal of T’Challah, was the push they needed to turn their idea into something tangible.

“Me and my co-founder were toying around with the idea of a Black supporters’ group for like a few months or a year,” Payne said. “But when that movie came out, the pride it gave us, we immediately put our work in another gear. All our early pictures of us together at Fire games, we’re doing the Wakanda salute.”

The design for the scarf is keeping in line with the “Black Panther” influence. Payne received permission from the creator of the font for the movie to use it in the design of their scarves. Dealing with Disney and copyright is always tricky but this time around, it was a rather straightforward process.

“The process was extremely, actually extremely uninteresting,” Payne said. “It was like 2 a.m. and I had the idea moving around in my head. I found out Fabian Korn made it and it was through a separate company I could get a license. I sent them an email asking what we needed to do to be able to use it for a fundraiser and they got back to me almost instantly saying how to do it and to send a picture when it’s done.”

While it is a “soccer scarf” in honor of Boseman, it goes beyond just a tribute. In a way, it touches upon the struggle and issues still facing the Black community at large.

“A couple of weeks before they released it, Jake showed me and another friend to get our opinions on it and I immediately thought it was such a beautiful touching tribute,” co-founder of The Plastics Supporters’ Group, Meredith Miklasz said. “I told Jake that it was more than just a tribute for Chadwick Boseman. I told him it’s the perfect moment, the perfect time. It’s in the middle of a movement and also in the middle of us having a discussion about racism in soccer.”

The reaction from social media has been overwhelmingly positive with replies from fans across the league interested in purchasing a scarf as soon as they become available. Payne said that they want the entire process to be done with care and with the attention that something that is important to them needs.

Once the scarves are ready, they will be available for $25 with 80% of the proceeds going to charities focusing on cancer prevention and research. They were initially working out which charities to partner up with but they have since narrowed down their decisions.

“We’re hoping [for] Blue Hat Foundation and the Ora Lee Cancer Research Foundation right now,” Payne said. “By hoping, we want to do outreach to them to form a relationship instead of just dropping money into their account.”

Both of these foundations are run by Black women. Candace Henley is the founder and CEO of the Blue Hat Foundation and Dr. Hadiyah Nicole Green founded the Ora Lee Smith Cancer Research Foundation in honor of her aunt, Ora Lee Smith.

The Blue Hat Foundation focuses on colorectal cancer whereas the mission of the Ora Lee Smith Cancer Research Foundation is to provide cancer care that is accessible, affordable and effective.

It’s another example of Black Fires putting their words into action which is serving an inspiration to others as well.

“It’s a personal inspiration to me and it’s made me want to be more active and talk the talk as much as I walk the walk,” Miklasz said. “I really want to see that extend to other supporters and other supporters’ groups in the Fire community and have us really follow their example and also do better for them as well.”

When it comes to the actual manufacturing of the scarves, the group partnered with DieHard Scarves. As far as when they will be available, Payne said that they are done with the design but are working on resizing. If everything goes smoothly, then the scarves will be available by the start of November.