Why freshmen party during a pandemic 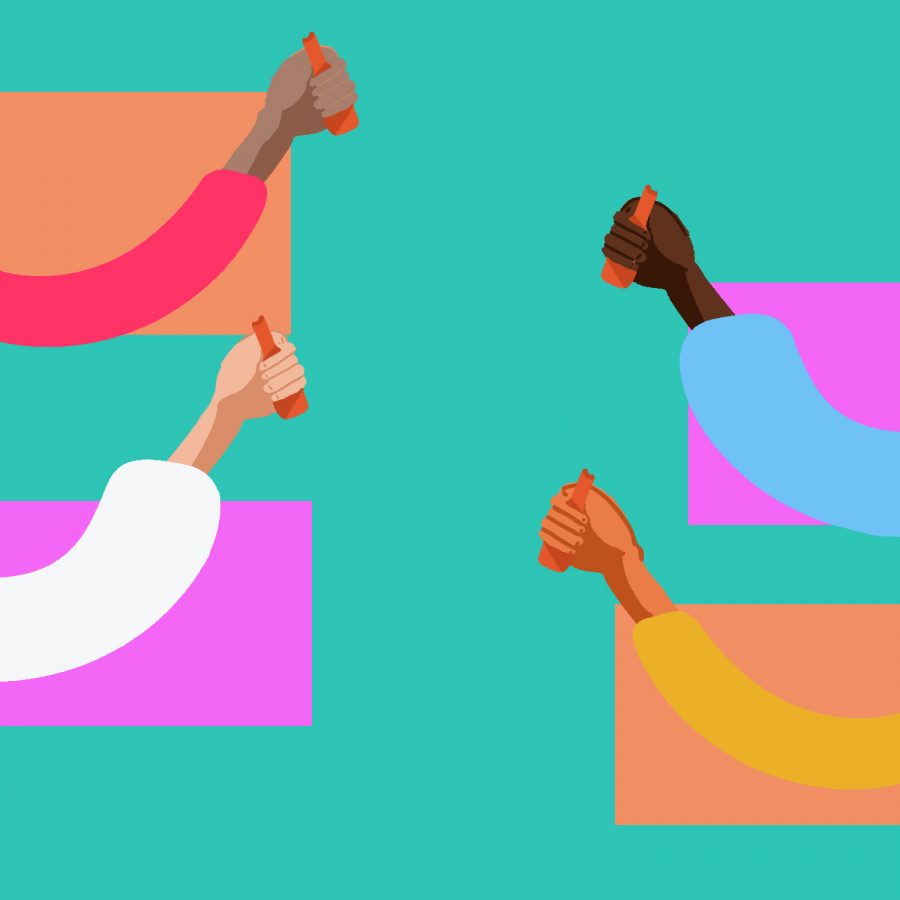 As a result of the Covid-19 pandemic, schedules dominated by Zoom classes, and drastically reduced occupancy in DePaul’s dormitories, the social lives of many students have been totally transformed.

First-year students at DePaul, like the classes of students their senior, were eager to have a traditional college experience and to make new friends along the way. The first three weeks of fall quarter have exhibited how some have gone about salvaging a “normal” freshman year.

After DePaul announced their plan to reduce occupancy of on-campus housing, some students, like freshman Zoe Parris, have opted to rent apartments in neighborhoods near the university’s Lincoln Park campus despite the lack of in-person classes. “It was really stressful because I signed my lease the same day that email about housing was sent out,” Parris said.

If dorms on campus were going to be closed and the majority of classes were going to be online, some students envisioned living near DePaul and with other students as the next best thing for developing their social lives in a college setting. The alternative, which involved staying at home, seemed confining and less than ideal.

Avery Allen, another student renting housing, said “ I definitely think it’s much more difficult for the people who had to stay home this term to make friends. Those of us who are near campus often see other students in our apartment buildings, at food places, or in and around the campus quad.”

Not being able to meet other freshmen in person combined with online courses added another obstacle for students unable to be near DePaul. “The students who are at home only have student interaction through Zoom calls, and sometimes not even that if they have a fully asynchronous course,” Allen said.

Her roommate, Anna Littrell, agreed that, unfortunately, socializing is currently much harder for freshmen. “It’s part of the college experience — that you get that chance to meet new people and it’s super hard because everything is on Zoom,” Littrell said.

The difficulty of making friends remotely and the convenience of living near other students has driven some to organize parties and get-togethers over the past several weeks. Parris, who has taken note of the parties near her residency, said that “there are parties going on pretty much every night.”

“At one point there were like 30-40 people at a party when the apartment could, comfortably, fit 20,” she said. “But since then, I think it has started to dwindle down.”

Parris acknowledged that the students she encountered continued to follow the day-to-day precautions. “I’ve noticed that people normally wear masks around,” she said. The case is reportedly different for the ongoing parties.

According to Littrell, these parties do not seem to be publicized on social media. “I don’t really see people posting about parties, you just hear about them by word of mouth.”

“Some of my friends went to a party,” Littrell mentioned, “and they were the only people wearing masks and trying to be safe-ish.” Despite the close-quarters contact and deviations from social distancing guidelines, she added, “I don’t know anyone who has gotten Covid. But not many people get tested even though it’s super easy.”

Why are some freshmen willing to risk contracting or spreading the virus just to socialize with other students? The answer could lie in being a part of the group believed to be in the least danger from the coronavirus, the experience of social pressures, and the limited engagement with alternative ways to connect with other students.

“A big reason there have been so many parties is that students our age often think the virus isn’t that much of a threat to them, especially if they’re somewhat healthy,” Allen said. Similarly, Parris said that “they probably don’t think they’ll die from [the virus].”

The concern about making new friends and avoiding the regret of passing up an opportunity to do so is apparently enough motivation to attend a risky gathering. “I definitely think some of it is FOMO,” Littrell said.

Still, some freshmen would agree that parties and hang-outs are the easiest way to make new friends despite the dangers involved. “Having a party or attending one is most likely the easiest, and one of the only ways for DePaul students to make friends right now,” Allen said. “The lack of connection between the students is for sure a huge factor behind everyone continuing to go out.”

Her frustrations include the limitations on socializing with people in class. “I’ve been able to meet people through my classes over Zoom because we’re often but in breakout sessions and we’ll add each other on social media afterward. However, I haven’t really been able to make any close friends other than my roommates because there are such limited opportunities to actually meet people.”

Events organized remotely through university groups and departments do not seem to act as popular alternatives for making genuine connections either. Parris’ attempts to socialize through them have not been successful. “Even the school Zoom stuff, like, they’re trying, but no one is on there,” she said. “I’ve been on a couple of calls and there really isn’t another way to find new friends or interact.”

While she hopes for better ways of creating genuine friendships and connecting with other students, Littrell believes that, in the name of safety and precaution, “I don’t think that DePaul should fully open for the winter quarter.”

Limited in-person meetings, however, have the potential to be another, less risky option for students looking to socialize. “If it were just classes that returned, then maybe people would be more careful about avoiding a spread,” Parris said. “But who knows. I think it would be beneficial if clubs and organizations weren’t all virtual and small classes weren’t online.”

Until DePaul is able to fully reopen without the danger of spreading the coronavirus, the safety of others and a spritely social life might be prioritized differently and in a mutually exclusive manner by some students. From the freshmen living near campus to those who are still at home, making friends and rescuing the remnants of a normal freshman year continues to be a unique challenge.