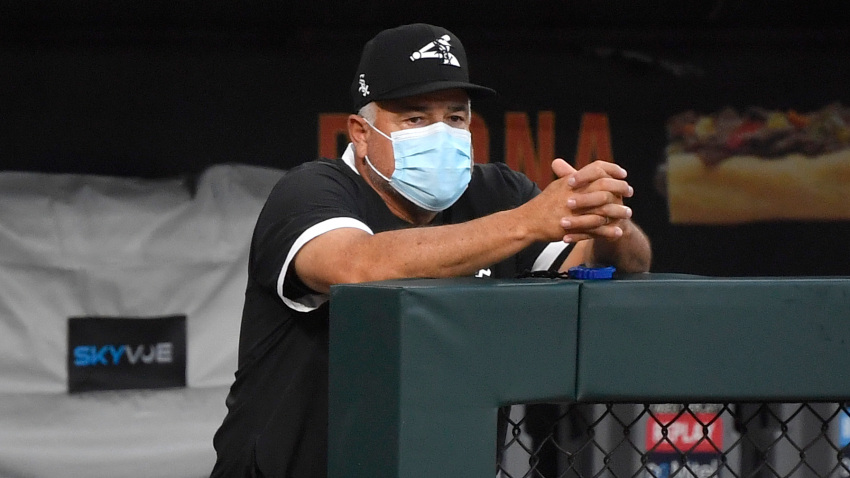 “Always a bridesmaid, never a bride” could be used to describe Rick Renteria’s managerial career so far. Let go by the Chicago Cubs in 2014, a season before the team became legitimate title contenders, the same thing has happened on the other side of town.

The Chicago White Sox announced that they had mutually parted ways with Rick Renteria as well as pitching coach Don Cooper. The Sox now find themselves on the hunt for both a new manager and pitching coach.

Renteria may have had his shortcomings but he was in charge of a Sox team who went to the playoffs for the first time since 2008.

“I was very surprised they let go of Renteria and Cooper,” said Patrick Nolan, editor at Sox Machine. “Jerry Reinsdorf’s organizations have a history of sticking with managers and coaches worse than Renteria longer than warranted and it seemed like the team performed than expected this season.”

Cooper had been with the organization for 33 years. But the writing may have been on the wall as soon as Renteria’s firing became official.

“Once Renteria was gone, I knew Cooper would not be far behind,” said Jordan Lazowski, editor-in-chief at Sox On 35th and Diamond Digest. “I assumed that Cooper would last until the next time the White Sox changed their manager. More often than not, when a new manager comes to a team, he is given the opportunity to name members of his staff: usually his bench coach, pitching coach and hitting coach at the very least.”

In his press conference, general manager Rick Hahn said Cooper’s departure was independent of Renteria’s. He also said that there had been talks over the years with Cooper that led to him ultimately being let go. The Sox want to give whoever the new manager is the opportunity to bring in his own staff.

Renteria joined the team as a bench coach under former manager Robin Ventura. When he was let go, Renteria then made the jump over to manager in 2016. Being in charge of a team in rebuild mode is difficult but Renteria did a fine job in implementing a new culture and nurturing the young talent. It’s what he brought to the team as well during his time as the Cubs manager during their rebuild.

He seems to be a transitional manager. Someone who can be a guiding and steady hand for young players and then once these players start to mature, he’s no longer needed. Once his job is done, then it’s time to bring in someone proven who can take the team to that next step.

“Players loved to play for him, were inspired to give their all on the field, and it was clear he kept an incredibly upbeat and positive clubhouse,” Lazowski said. “Those are all crucial qualities of a manager. However, where Renteria begins to falter is once he is given the opportunity to be the in-game tactician. Pitching changes, lineup construction, and general bullpen management have all led to consistently questionable decisions from Renteria.”

The question now is who will be replacing Renteria. What type of manager would be the right fit for this team?

“The White Sox need a manager that trusts analytical decision-making and can garner the respect of young players and veterans alike.” Nolan said. “Essentially, it needs to be someone who does no harm and lets the team play up to its potential.”

Some of the names linked to the job are Tony La Russa, A.J. Hinch and Alex Cora. Each comes with their own pros and cons.

La Russa is viewed as an old-school manager whose approach is more traditional. In other words, a manager who still believes in things like the sacrifice bunt, left-handed relievers should face left-handed batters and in the unwritten rules of baseball. On the surface, it’s completely the opposite of the type of manager Rick Han would want.

“La Russa would be a very poor fit, in my opinion,” Nolan said. “The game has changed a lot since he was last in a dugout, and old-school tendencies are being phased out. I imagine he’d be a respected figure initially, but think his attitude might be a poor fit with the demonstrative young players the team has today.”

If hired, it would be La Russa’s second stint with the Sox. He took over from Don Kessinger back in 1979 and was with the team until 1986 when he was fired by the general manager at the time, Ken Harrelson.

“Tony La Russa is an interesting one,” said Lazowski. “The White Sox have a storied history with their former manager, as Hawk Harrelson and Jerry Reinsdorf are both open about the fact that they consider their firing of La Russa back in 1986 to be among their worst decisions ever. I am not sure they decided the 76-year-old who has been out of the manager’s seat since 2011 is among the best candidates for the job, despite the reports regarding him as a front-runner for the job.”

Indeed, La Russa appears to be the leading candidate with the Sox getting the okay from the Los Angeles Angels to speak to the former skipper, according to ESPN.

The other two candidates, Hinch and Cora, bring their own baggage. Both were implicated in the Houston Astros cheating scandal where the team was using technology to steal signs. Hinch was fired by Houston and Cora resigned from the Boston Red Sox. Both were suspended one year by Major League Baseball.

“I would prefer the Sox not go with Cora or Hinch,” Nolan said. “The short reason is I believe that they don’t provide any notable extra advantage over any other forward-thinking candidates, and I think there’s probably a lot of names that haven’t surfaced who could do just as well. It concerns me that both either condoned what was going on or didn’t command enough respect to stop it.”

One person who isn’t among the candidates is Ozzie Guillen. Hahn was asked about the possibility of the former Sox manager taking where he swiftly discarded that possibility.

“I think it was to squash any rumors that could hinder another qualified candidate from stepping forward,” said Chrystal O’Keefe, contributor to South Side Hit Pen and South Side Sox. “I’m all for nostalgia but I don’t think taking a step back is the best idea.”

As far as who the next pitching coach will be, the Sox are going to be looking inside the organization. According to MLB.com’s Scott Merkin, assistant pitching coach Curt Hasler, pitching coordinator Everett Teaford and Triple-A Charlotte pitching coach Matt Zaleski are among the candidates.

The Sox are likely to look for someone outside the organization to replace Renteria. The organization clearly felt they needed someone with more postseason experience.

The Sox have a team ready to compete for the next decade. The pieces are in place. They just need someone capable to put those pieces together.